US War Secretary: Next Major War Will Be Very Different

Story Code : 930147
Islam Times - US War Secretary Lloyd Austin said in his first major speech that the US and its allies should prepare for a new type of military conflict.
“The way we fight the next major war is going to look very different from the way we fought the last ones,” Austin said on Friday at the change of command for US Indo-Pacific Command at Joint Base Pearl Harbor-Hickam.

Austin pointed at the rapid rate of technological advances, saying they would require “changes in the work we do to keep the United States secure across all five domains of potential conflict - not just air, land and sea, but also space and cyberspace”.

"They mean we need new capacities and operational flexibility for the fights of the future."

Austin did not mention any particular country as an adversary in particular, however, the outgoing commander of US Indo-Pacific Command, Adm. Philip Davidson, who was speaking after Austin, pointed at China.

"The strategic competition in the Indo-Pacific is not between our two nations, it is a competition between liberty - the fundamental idea behind a free and open Indo-Pacific - and authoritarianism, the absence of liberty, and the objective of the Communist Party of China," Davidson said.

According to the admiral, to keep the peace, the United States and its allies “must be prepared to fight and win”.

The speech comes amid tense relations between Washington and Beijing, with the US increasing its military presence in the Indo-Pacific region and conducting so-called "freedom of navigation operations" in or near Chinese waters.
Share It :
Related Stories 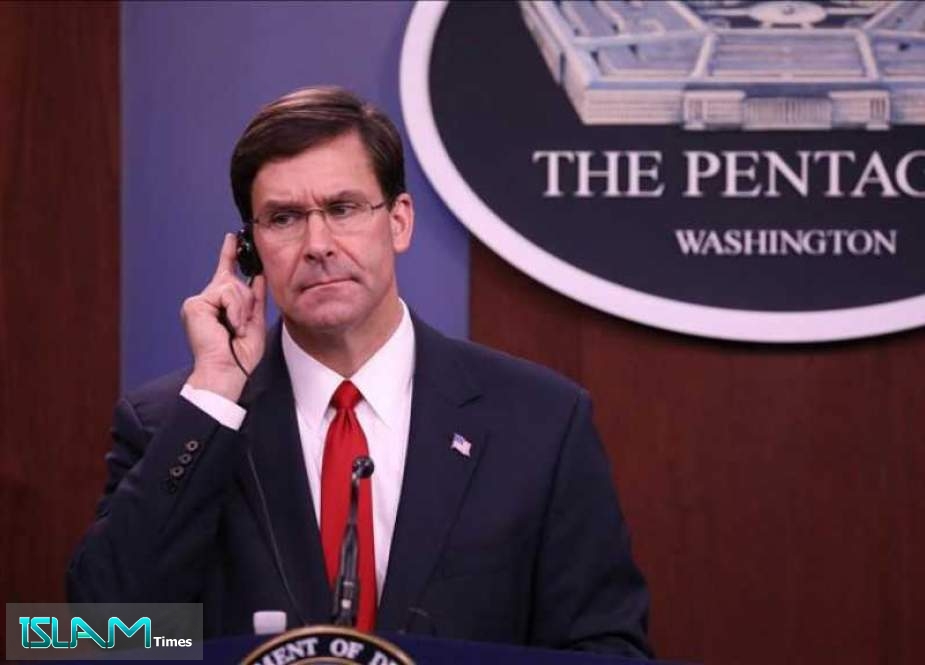 Escaping the Bottom: US War Secretary to Resign
Islam Times - As the US elections dances on the edge of abyss awaiting the results of its presidential elections, many top officials are trying to escape the bottom.
Who is Michele Flournoy, Biden’s choice for US War Secretary?
Comment
Pakistan Rules Out Possibility of Housing US Troops on Its Bases After Withdrawal from Afghanistan
Biden Signs Executive Order to Strengthen US Cybersecurity Defenses After Colonial Pipeline Hack
Hamas Yet to Unveil Main Military Assets: Deputy Commander
US Senators Warn against Iran Trade if Sanctions Removed
US Military Transports Weapons, Logistic Material from Iraq to Syria’s Hasakah: SANA
Imran Khan Expresses Solidarity with Palestinians
'Virus' of Islamophobia Turning Europe into ‘Open-Air Prison’ for Muslims: Erdogan
Qassam Brigades to ‘Israel’: No Redlines, No Rules of Engagement When it Comes to Protecting Al-Aqsa, Our People
US Deploys F-18 Fighter Jets to Saudi Arabia as Tensions Escalate in West Asia
Palestinian Resistance Escalates Confrontation with Enemy: All Israeli Airports Are Now Under Fire