Story Code : 930264
Islam Times - A senior member of Iraq’s al-Fatah Coalition said that the recent increase in attacks by the ISIL terrorists against the country are linked to attempts by the international spy agencies which intend to prolong the presence of foreign forces.
"The increase in attacks by the ISIL terrorist organization and the moves of its terrorists are linked to international intelligence attempts, and they are aimed at putting pressure on the Iraqi government," Qazanfar al-Batikh told the Arabic-language Baghdad Al-Youm website.

He added that they want to induce that the terrorist organization is still present in Iraq, and that the eradication of ISIL requires deployment of foreign forces in the country.

"Therefore, we believe that the increase in ISIL attacks, which happen almost on a daily basis now, is aimed at prolonging the presence of foreign forces in Iraq," al-Batikh said.

At least four soldiers were killed in a bomb attack on Saturday that targeted a military vehicle in the Iraqi capital, according to the defense ministry.

The ministry said a bomb detonated during an operation carried out by security forces against terror elements in the Al-Tarmiyah district.

No group has yet claimed responsibility, but authorities suspect the ISIL terrorist group was behind the attack.

Since the start of 2021, suspected ISIL terrorists have stepped up attacks, particularly in the area between Kirkuk, Saladin and Diyala, known as the "Triangle of Death."
Share It :
Related Stories 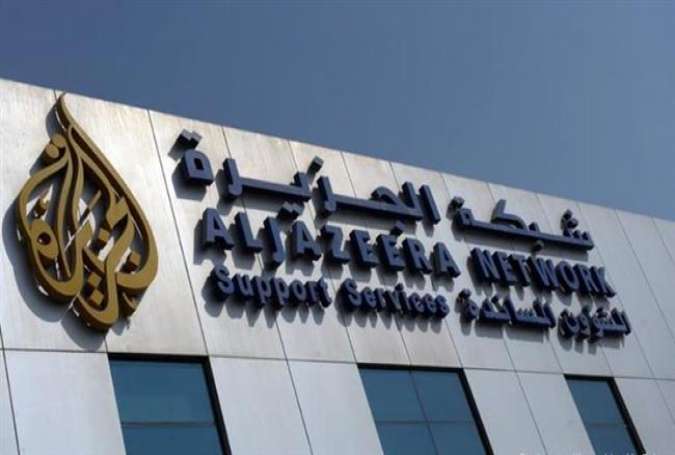 Iraq bans Al Jazeera news network over violation of guidelines
Islam Times - Iraqi officials have revoked the operating license of the Qatar-based Al Jazeera news network and closed its bureau in the capital,...
Iraq wants all US-stolen archeological treasures back
Iraq Smashes Al Qaeda 'Poison Gas Cell'
Iraq Court Bars all Regions from Seceding after Kurdish Bid
Iraqi Army Regains Al-Alam District, Secures Al-Dor in Salahuddin
Iraq to send troops along border to stop Turkish ‘violations’
Why Is Iraq’s Al-Kadhimi Pushing To Cozy Up To Kuwait?
How Is Iraq’s Al-Kadhimi Visit To Iran Significant?
Comment
Pakistan Rules Out Possibility of Housing US Troops on Its Bases After Withdrawal from Afghanistan
Biden Signs Executive Order to Strengthen US Cybersecurity Defenses After Colonial Pipeline Hack
Hamas Yet to Unveil Main Military Assets: Deputy Commander
US Senators Warn against Iran Trade if Sanctions Removed
US Military Transports Weapons, Logistic Material from Iraq to Syria’s Hasakah: SANA
Imran Khan Expresses Solidarity with Palestinians
'Virus' of Islamophobia Turning Europe into ‘Open-Air Prison’ for Muslims: Erdogan
Qassam Brigades to ‘Israel’: No Redlines, No Rules of Engagement When it Comes to Protecting Al-Aqsa, Our People
US Deploys F-18 Fighter Jets to Saudi Arabia as Tensions Escalate in West Asia
Palestinian Resistance Escalates Confrontation with Enemy: All Israeli Airports Are Now Under Fire