Story Code : 931021
Islam Times - The Secretary-General of the Iraqi Academic Association of “Thaqalayn” said that the International Quds Day is a nightmare for the Zionists.
Speaking at the Second International Congress of Holy Quds, held via videoconferencing on Wednesday, Fouad Kazem al-Meqdadi referred to the normalization of relations of some Arab countries with the Zionist Regime, saying: “The normalization of relations is not a new phenomenon, and it has existed in the past. The Zionists sought to create a false identity for the Zionist regime and to create a Palestine that does not seek resistance. Because resistance movements are threats to Israel.”

“The enemies sought to reduce Palestine to an Arab issue that had nothing to do with the Islamic world so that they could communicate with non-Arab Muslim countries,” al-Meqdadi added.

“The enemies took advantage of the Arab defeat of Israel, claiming that the Israeli army is an invincible army that the Arab countries cannot defeat. This was the starting point for the normalization of relations with Israel. In the first step, Israel sought to normalize relations with Palestine’s neighbors, including Egypt,” he added.

“Imam Khomeini defeated the greatest tyrant in Iran and defeated the arrogance front’s prestige in the Middle East. Imam Khomeini’s first task after the victory of the Islamic Revolution was to close the Israeli embassy and establish the Palestinian embassy. This move brought about a great change, and at the height of the Palestinian suffering, new resistance groups were formed in Palestine and Lebanon. Hezbollah is the flagship and model of all resistance groups that have kept the flame of resistance burning,” continued the Secretary-General of the Iraqi Academic Association of “Thaqalayn.”

The Second International Congress of Holy Quds started on Tuesday in the videoconference format with the slogan of “al-Quds is closest,” with the attendance of national and international figures from different countries. 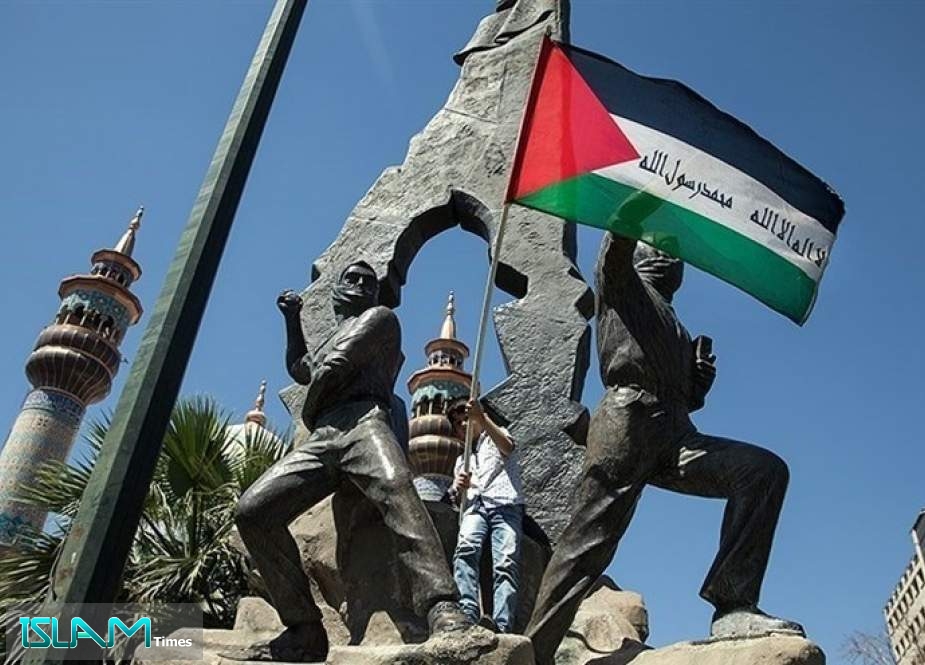