Story Code : 931299
Islam Times - Leader of the Islamic Revolution His Eminence Imam Sayyed Ali Khamenei delivered a live televised speech marking International Quds Day.
His Eminence underscored that the ‘Israeli’ occupation regime is getting weaker year after year, adding that one cannot find any weaker entity than the Zionist regime of ‘Israel.’

Emphasizing that ‘Israel’ is not a state, but rather a terrorist camp against Palestinians, Imam Khamenei addressed the audience: I tell you with confidence, “The downward spiral leading to the decline of the hostile Zionist regime has started and will not stop.”

The balances of power have changed in favor of the Muslim world, His Eminence noted, explaining how Muslims’ cooperation on Quds turned a nightmare for Zionists.

The failed ‘Deal of the Century’ and efforts to normalize relations between a few weak Arab states and the Zionist regime were desperate attempts to escape this nightmare, the Leader explained, and went on to firmly assure that “These attempts won’t get anywhere.”

“Since day one, Zionists turned occupied Palestine into a base for terrorism. ‘Israel’ isn’t a country; it’s a terrorist camp against Palestinians and other Muslim nations. Fighting this despotic regime is fighting against oppression and terrorism. And this is everyone’s responsibility.”

The Palestinian cause remains the most important common issue among the Islamic Nation, Imam Khamenei added.

The capitalist regime planned to deprive a people from its forefathers’ homeland in order to establish a terrorist entity, but the events taking place demonstrate the extent of the West’s weakness, His Eminence said.

Labelling two factors that determine the region’s future, Imam Khamenei listed the persistent resistance in Palestine, and the global support for Palestinian fighters. “We must all help this movement. This is an apocalyptic manifestation of verse 52:42, {Do they intend a plot? But those who disbelieve are the object of a plot.}”

The descending graph towards the demise of the Zionist enemy has begun and will not stop, His Eminence stressed, noting that the Failed “Deal of the Century” scheme and some weak Arab countries’ attempts to normalize with the enemy resemble failing efforts to escape the Nightmare.

As Imam Khamenei made clear that the Palestinians in Gaza, al-Quds, the West Bank, 1948 lands and the camps constitute one body, he held Muslim and Christian scholars responsible for declaring that normalization is religiously forbidden, and that intellectuals and free people should rise to explain the results of this betrayal.

The Palestinians’ endeavors and the pure blood of Resistance martyrs have managed to multiply Palestinian Jihad’s internal power by hundreds of times, Imam Khamenei outlined, noting that once, Palestinian youth defended themselves by throwing stones, but today they respond to the enemy’s attacks with precision missiles.

“The Palestinian Mujahideen must continue their legitimate and moral struggle against the usurper entity until it surrenders,” Imam Khamenei reiterated.

“Weak governments will not benefit from normalization with this enemy that will wreak havoc in their land, money, and security, as the enemy is falling into weakness, and its so-called invincible army, turned today after the wars in Lebanon and Gaza into an army that doesn’t taste victory,” His Eminence went on to say.

“The entity that boasts of its political status was forced in two years to hold four elections and its security situation after its defeats and reverse immigration is full of scandals,” Imam Khamenei added.

“Palestine remains the most important and common cause in the Islamic Nation and the one that is full of life,” Imam Khamenei concluded.

All Muslims, Arabs and free people mark the last Friday of the holy month of Ramadan every year as the International Quds Day, which was designated by Late founder of the Islamic Revolution His Eminence Imam Ruhollah al-Khomeini in 1979 to express support for the Palestinians against Zionism and the ‘Israeli’ regime.
Share It :
Related Stories 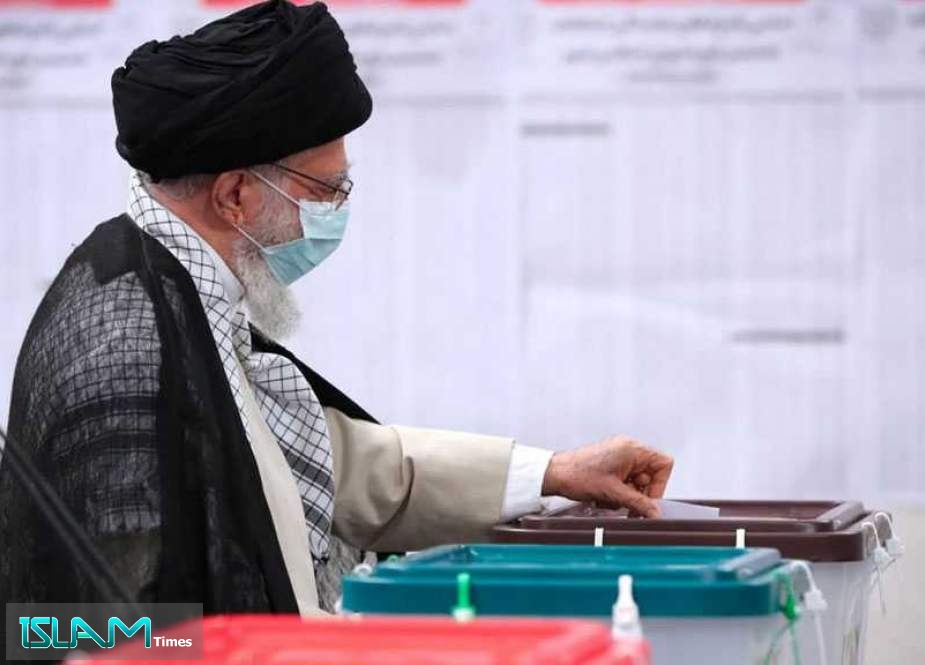