Story Code : 931473
Islam Times - Iran’s Deputy Foreign Minister Abbas Araqchi announced that “The US has expressed readiness to remove a large part of the sanctions against Tehran.”
However, the top Iranian negotiator stated that “The negotiations will go on until Iran’s demands are fully met.”

Speaking after a session of talks in Vienna on Friday, Araqchi underscored that “The Americans have expressed readiness to lift a big chunk of the anti-Iranian sanctions. But from Iran’s viewpoint, such a step would not be enough, thus the negotiations will continue until all of our country’s demands are met.”

He further underscored that what could be inferred from the first session is that all sides are serious in pursuing a solution to revive the JCPOA.

Araqchi added that the new round was started with “positive energy,” expressing hope that the delegations could reach conclusions in the shortest time possible.

“The challenges and differences are not small and should thus be put to talks in order to come up with solutions for them,” the Iranian diplomat added.

Araqchi reaffirmed Iran’s readiness to resume its full implementation of the deal as soon as its demands are fulfilled.

He highlighted that “There will be no pause in the negotiations, which will be held at the level of experts and within the working groups set up in the previous rounds of the talks in Vienna.”
Share It :
Related Stories 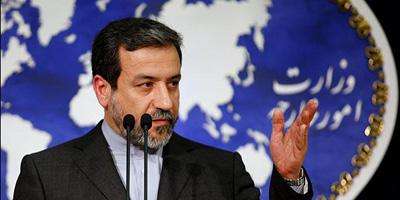