Story Code : 932256
Islam Times - The International Atomic Energy Agency (IAEA) says samples taken from the Natanz nuclear facility show Iran has enriched uranium to up to 63 percent, and that the purity level is “consistent with the fluctuations” announced by the Islamic Republic.
“According to Iran, fluctuations of the enrichment levels... were experienced,” the IAEA said on Tuesday in a confidential report to its member states, seen by Reuters.

“The Agency’s analysis of the ES (environmental samples) taken on 22 April 2021 shows an enrichment level of up to 63% U-235, which is consistent with the fluctuations of the enrichment levels (described by Iran),” it added.

On April 13, Iran said it had informed the IAEA of a plan to start the 60-percent enrichment, under which 1,000 advanced centrifuge machines will be installed at Natanz nuclear site.

The decision followed a suspected Israeli act of sabotage at the facility, which is among the sites being monitored by the UN atomic watchdog under the 2015 nuclear deal, officially known as the Joint Comprehensive Plan of Action (JCPOA).

Additionally, the IAEA’s report said Iran was feeding the tails from the IR-4 cascade into a cascade of 27 IR-5 and 30 IR-6s centrifuges to refine uranium to up to 5 percent.

The report was published at a time when envoys from Iran and the P4+1 group of countries — Britain, France, Russia, and China plus Germany — have been holding talks in Vienna on a potential revival of the JCPOA.

A US delegation is also in the Austrian capital, but it is not attending the discussions because the United States is not a party to the nuclear accord.

Former US President Donald Trump abandoned the deal and re-imposed the anti-Iran sanctions that the JCPOA had lifted. He also placed additional sanctions on Iran under other pretexts not related to the nuclear case as part of the “maximum pressure” campaign.

Following a year of strategic patience, Iran resorted to its legal rights stipulated in Article 26 of the JCPOA, which grants a party the right to suspend its contractual commitments in case of non-compliance by other signatories.

Now, the new US administration says it wants to compensate for Trump’s mistake and rejoin the deal, but it is showing an overriding propensity for maintaining some of the sanctions as a tool of pressure.

Tehran insists that all sanctions should first be removed in a verifiable manner before the Islamic Republic reverses its remedial measures.
Share It :
Related Stories 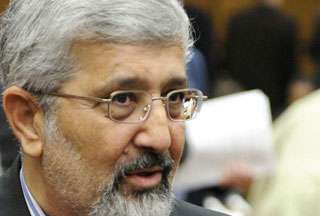