Palestinian Resistance’s Retaliation to be Continued: Ashdod, Sderot Under Fire

Story Code : 932617
Islam Times - The ‘Israeli’ occupation regime admitted that at least nine Zionist settlers have been killed in the Palestinian resistance’s continued shelling of the settlements, military sites, and occupied cities as part of Operation ‘al-Quds’ Sword’ that started on May 10th.
The operation was announced in response to the ‘Israeli’ occupation’s aggression targeting the Muslim sanctities and the Sheikh Jarrah Neighborhood in occupied al-Quds, as well as the unabating massacres and crimes against civilians in the Gaza Strip and the occupied West Bank.

In an escalating tone, Hamas military wing, Qassam Brigades, and other resistance factions stepped up their responses and launched dozens of missiles that caused huge damage upon the Zionist regime.

As a result, a huge fire broke out in the industrial zone and several buildings were damaged after the Qassam Brigades launched a barrage of missiles at Ashdod in response to the massacre that killed an entire family at the Shati refugee camp in Gaza and in revenge for all Palestinian martyrs.

The shelling also inflicted heave humanitarian and economic losses upon the Zionist enemy, which admitted that at least 9 Zionists, including one officer, were killed, and more than 566 others sustained injuries.

The Qassam Brigades stepped up missile strikes as a result of the Zionist occupation’s growing escalation against Gaza and the targeting of buildings and residential towers.

For their part, al-Quds Brigades, Islamic Jihad’s military wing, claimed responsibility on Saturday of the continued intensified fire targeting occupied cities and settlements as part of their role in operation ‘al-Quds’ Sword’ that was launched by the Palestinian resistance factions following the ‘Israeli’ attacks against the holy al-Aqsa Mosque and the occupied holy city of al-Quds.

Meanwhile, AFP reported that “For the first time since the Gaza War in 2014, the entity encounters such damage in residencies, cars, and an oil facility.”

Additionally, after the Qassam Brigades warned international airliners, the ‘Israeli’ broadcasting network reported that “American and French airliners called off their flights to the entity fearing the resistance’s missiles,” shifting destinations from Ben Gurion to Ramon Airport that was also targeted by an Ayyash-250 missile that was introduced for the first time.

Studying in Tel Aviv and the suburbs was also suspended.
Share It :
Related Stories 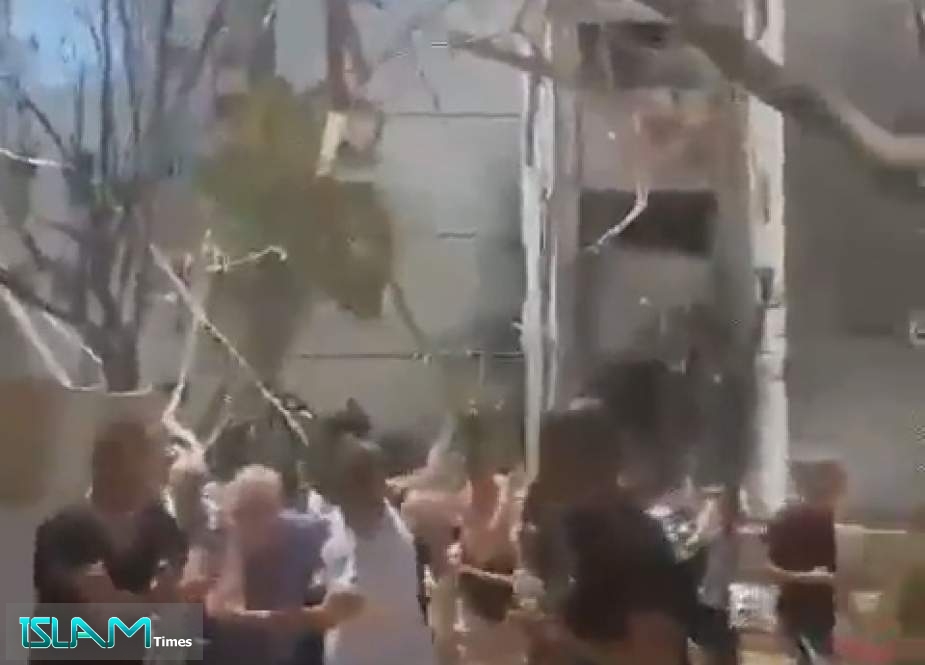