Story Code : 932626
Islam Times - Hamas has adopted tit-for tat policy in the face of Israeli regime's aggression on the besieged Gaza Strip, a spokesman for the Palestinian Islamic Resistance Movement said emphasizing that his fellow fighters will respond to any act of aggression to the coastal enclave.
“The resistance front has managed to establish an equation in the current round of confrontations under the theme of ‘Shelling for shelling, city for city and missile for missile,’” Fawzi Barhoum told Iranian news agency in an exclusive interview.

He added, “When the resistance bloc entered the battle with the Zionist regime, it was familiar with its boundaries and mechanisms to control and manage it. This is not something new for Palestinian resistance factions that the ongoing combat is going to last longer. It is something unprecedented for the Zionist regime as it has suffered unlike first-time and severe blows since its inception, including the launch of 150 missiles on Tel Aviv within just three minutes.”

Barhoum went on to say that the Israeli military considered the latest round of fighting with Hamas to be limited, so it waged a psychological war that the conflict is going to last long.

“We are ready to continue the battle no matter how long it will take,” the senior Hamas official pointed out.

Barhoum said the Israeli regime was caught up in the ongoing conflict due to its repudiation of the resistance front’s might, noting, “The equation has now proven that Tel Aviv would be fired upon in case Gaza bombed, and buildings would be targeted in retaliation.”

The prominent Hamas figure added that Israel would fail to obtain any of its objectives out of the bloody onslaught on the Gaza Strip, and will resort to mediators to broker a ceasefire as it did during 2012 and 2014 wars.

“International communications have not been cut off. We have had contacts with Egypt, Qatar and the United Nations; but have clearly told them that we reserve the right to safeguard our sanctities and homeland. Any mediator must force the Zionist enemy to stop its aggression against al-Quds (Jerusalem) as well as other parts of our lands,” Barhoum said.

The Hamas spokesman highlighted that more surprises may yet be awaiting the Israeli enemy in the latest flare-up between the two sides.

Khaled Meshaal, head of the Hamas movement's office in the diaspora, said Turkey, Qatar and Egypt are making efforts to broker a ceasefire between Israel and his group.

“Hamas' conditions for ending the conflict are as follows: The Occupiers (Israelis) must leave al-Aqsa Mosque and allow Muslims to pray and worship freely inside the sacred site, stop the crime of displacing people from Sheikh Jarrah neighborhood, release all those detained during the ongoing conflict and cease aggression against Gaza,” Meshaal told Turkey’s Arabic-language TRT Arabi television news network on Friday.

“Resistance groups will not stop their attacks unless the Israeli aggression stops,” he pointed out.

Moreover, a senior official of the Democratic Front for the Liberation of Palestine (DFLP) stated that the Zionist regime will face an existential crisis in case it engages in a military onslaught on the Palestinian resistance front, stating that the Joint Operations Room has “unexpected surprises” for the Israeli regime.

Talal Abu Zarifa, a member of DFLP's political bureau, stressed in an interview with Tasnim news agency that the Joint Operations Room is well prepared for the current fighting with Israel and has great capabilities to rely on.

“Over the last few days of this round of confrontations, the resistance front was able to achieve great achievements and successes within the framewok of deterrence, which confused the occupiers and left them with no option but to target civilian facilities and neighborhoods in an insane and indiscriminate manner,” he said.

Abu Zarifa underscored that Palestinian battalions have unanimously agreed not to observe a ceasefire with Tel Aviv unless the occupying Israeli regime stops its aggression against al-Aqsa Mosque and residents of the Sheikh Jarrah neighborhood.

The top DFLP official then dismissed the Israeli military’s threats to expand the scope of its aggression.

“None of such threats can pressure the resistance front into making retreat. On the contrary, resistance fighters will use all means at their disposal to defend the Palestinian nation and our sanctities,” he said.

Tensions have escalated in Jerusalem al-Quds, the occupied West Bank and Gaza amid the planned forced expulsions of dozens of Palestinians from Sheikh Jarrah neighborhood, where illegal Israeli settlers are looking to take over the properties of Palestinian families.

Despite international calls for an immediate halt of all hostilities, including from United Nations chief Antonio Guterres, Israeli prime minister Benjamin Netanyahu has pledged that the offensive against the Gaza Strip will continue.

Israel continued to bombard the impoverished enclave with air raids and artillery shells on Saturday, killing several children and women at a refugee camp.

As of early Saturday, at least 137 Palestinians, including 36 children, have been killed and 920 have been wounded since hostilities flared up on Monday.

The Israeli army said hundreds of rockets have been fired from the Gaza Strip towards various locations in the occupied territories.
Share It :
Related Stories 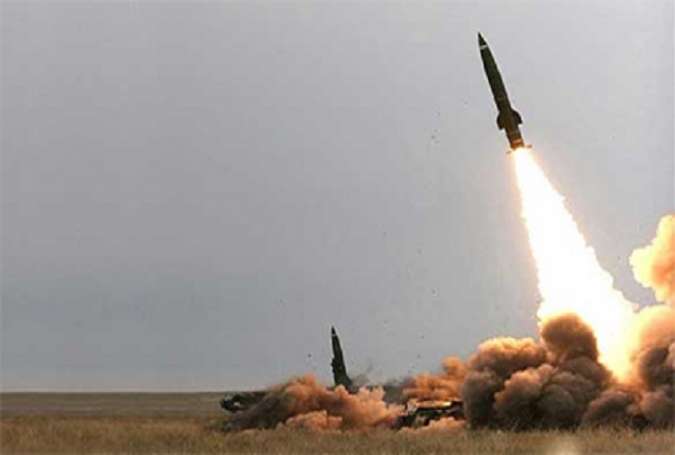