US Journalist: Torture Rife in Prisons Run by HTS Terrorists in Syria

Story Code : 936519
Islam Times - An American journalist, who was jailed by Hay'at Tahrir al-Sham (HTS) in Syria, exposed torture in the prisons run by the Al-Qaeda-affiliated terrorist group occupying the Northwestern Idlib province.
“Almost every day of every week, I had to listen to the screams of torture just a few metres away from me. Everyone in the prisons can always hear the torture,” Bilal Abdul Kareem told exclusively to the Middle East Eye (MEE) news portal.

Abdul Kareem, who has been reporting from militant-held areas of Syria since 2012, once enjoyed a close relationship with the HTS, as well as with other anti-Damascus Takfiri outfits.

The HTS, however, had become increasingly hostile to him since 2018, as his reporting grew more critical of the terrorist group's violations.

The journalist said he was arrested in August 2020 and subjected to daily questioning in which he was threatened with beatings by his interrogator.

“He said: 'We need to ask you some questions. If your answers are not forthcoming, then we do have the authority to physically do things to you so that you will tell us what we need to know'. They lined me up against the wall as if they were about to start beating on me,” he said.

Abdul Kareem added that he was sent back to his cell and four-and-a-half months later taken to another location handcuffed and blindfolded for his trial.

He was subsequently sentenced to 12 months in prison on charges, including “working with groups that harm public security”, "incitement" against the authorities, and "publishing and promoting lies that affect institutions without evidence or proof".

“I thought it was the funniest thing. They didn't like that so much. They said: 'Why are you laughing?' I said: 'I'm laughing because I used to do stand-up comedy, but I can't write jokes like you guys'. I said: 'There is no justice in this. There is no Islamic justice, no secular justice. There's no justice in this at all,'” he added.

Abdul Kareem noted that was offered the prospect of an early release if he agreed to apologize, but he refused to do so.

He was eventually released on February 17 following what HTS described as a petition submitted by the elders of Idlib's Atmeh region.

However, he is banned by HTS from reporting or appearing on social media, as a condition of his release from jail.

Back in March, a United Nations Human Rights Council report cited allegations of detention-related violations linked to HTS and related groups in 2011.

It said HTS had been “arbitrarily detaining civilians in a systematic effort to stifle dissent” and had established “punishment prisons” in which “torture and ill-treatment were widespread”.

The US journalist said he had now left HTS-controlled territory because of concerns for his own safety after being told by terrorist ringleaders that he was considered a security threat.

“They told me that they considered me to be more of a threat in these territories than an ISIS (Daesh) suicide bomber. And the reason he said that was 'because people listen to you'. So I was forced to leave their territories. I could either just be quiet and open up a hot dog [stall] or a pizzeria. Or I could say I'm going to change my location and I'm going to continue to report,” he explained.

Parts of Idlib and the countryside West of the city of Aleppo are the last terrorist-held stronghold after ten years of foreign-backed war on Syria.

Much of the Idlib province is run by HTS. Turkish-backed militants also control several areas near the Turkish border.

Syrian government forces are currently fighting to liberate these territories. 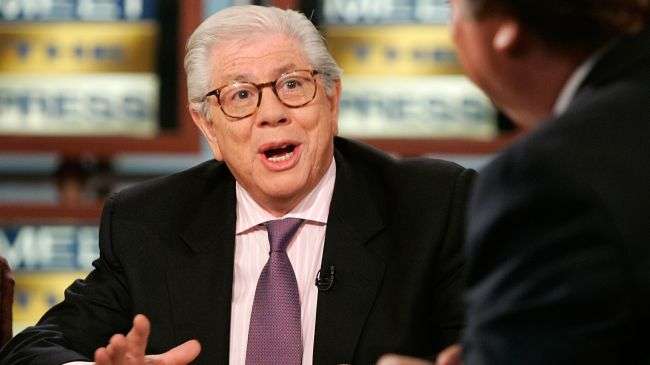