US Gun Violence: 3 Killed, 6 Others Wounded in Florida Shooting

Story Code : 936733
Islam Times - At least three people, including one woman, have been killed and six others wounded in a shooting attack in Miami, Florida.
The Miami police said the deadly attack took place at 2 am during a graduation party in the Kendall suburb.

The attackers opened fire from two suspect vehicles. One fleeing vehicle crashed into a wall after the shooting, and two people were found dead in the car, along with a gun, according to the police.

It was the second mass shooting to erupt on consecutive weekends in Miami as late last month, two people were killed and at least 21 others injured in a similar attack near a Miami-Dade banquet hall.

The Sunday’s attack came hours after a shooting in the state of Louisiana left seven people injured and one woman in critical condition after she was shot in the face.

“All victims transported to local hospitals, one of which via EMS. That victim, identified as a female, is currently listed in critical condition with a gunshot wound to the face,” the New Orleans Police Department said, without giving more details.

The rising deadly shooting incidents in the US come as a Republican-appointed judge removed a three-decade-old ban on assault rifles in California on Friday, ruling that it violates the constitutional right to bear arms.

“Like the Swiss Army knife, the popular AR-15 rifle is a perfect combination of home defense weapon and homeland defense equipment. Good for both home and battle,” the judge said in his ruling’s introduction.

Democratic Governor Gavin Newsom warned that the removal of the ban on assault rifles was “a direct threat to public safety and the lives of innocent Californians”.

Newsom likened the ruling of the San Diego district judge, Roger Benitez, who was appointed by Republican George W Bush, as a a “disgusting slap in the face” to those people who have lost a loved one in a shooting incident.

The issue of gun control in the US continues to be one of the most divisive issues in American politics.

With about 121 firearms in circulation for every 100 residents, the US is by far the most heavily armed society in the world, according to the Geneva-based Small Arms Survey, a research group.

The Second Amendment of the US Constitution enshrines the “right to bear arms,” which the country’s apex court says allows individuals to keep handguns at home for self-defense.

The free access to guns and little control over them has paved the way for a spree of mass shootings in the US in recent years, promoting global concerns.

In April, US President Joe Biden called for end to “epidemic” of gun violence in the US, urging Congress to reimpose a 1994 ban on “assault weapons” and high-capacity magazines.

“We need more Senate Republicans to join with the overwhelming majority of their Democratic colleagues, and close loopholes and require background checks to purchase a gun,” Biden said.
Share It :
Related Stories 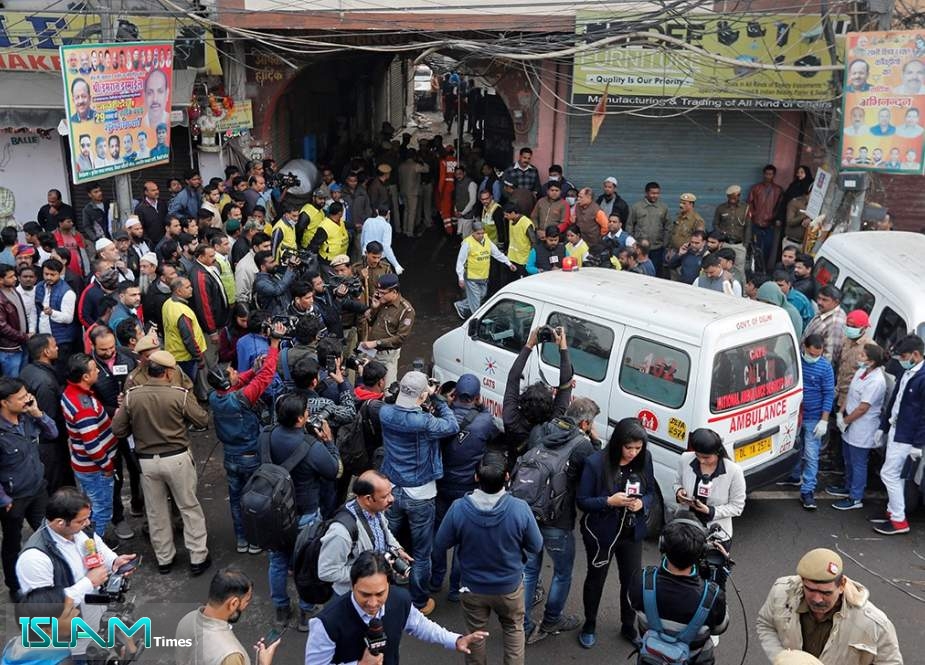