Iran's Envoy Asks: Why Israel Has Not Yet Accepted even a Slight Percentage of Cooperation with IAEA

Story Code : 937242
Islam Times - Iran's Permanent Representative to the IAEA, during a speech at the Board of Governors, explained Tehran's stance on IAEA's Director General's report on verifying the implementation of the JCPOA.
The full text of statement read by Kazem Gharib Abadiis as follows:

In the Name of Allah, the Compassionate, the Merciful,

Since this is the first time that I am taking the floor in this session of the Board, let me begin with thanking you, Madam Chair, the Director-General, and all those in the Secretariat whose efforts made it possible for us to hold this meeting ina hybrid format.

Three years have passed since the unwarranted unilateral decision of the United States to withdraw from the JCPOA (Joint Comprehensive Plan of Action), violate United States’ commitments therein, irresponsibly undermine UNSCR 2231 and abhorrently impose the 'maximum pressure' policy to directly and adversely affect the normalization of trade and economic relations with Iran. Former US president carelessly sacrificed well-established principles of international law, namely Pacta Sunt Servanda, on the altar of his administration’s self-righteousness.

The extraterritorial dimensions of the US sanctions, which contradict international law, prevented even its European friends from implementing their commitments.

A simple comparison between the reports of the Director-General under this agenda item in 2018 and the current report will manifest the difficulties generated as a result of that unjustifiable decision. All 15 quarterly reports of the Director-General up to May 2018, and for a year after, clearly stated that Iran was fully compliant with the terms underlined under the JCPOA.

Since sanction lifting was part of the JCPOA and their effects constitute the essential basis of Iran’s consent to the deal in its entirety, the violations of the US rendered those parts of the deal void and effectively futile. Only one year after the persistent non-implementation of the deal by the US, Iran used its rights under the provisions of the same deal. It introduced an incremental policy of partially ceasing implementation of its commitments under the JCPOA.

Even in this situation, the agency was able to verify and monitor Iran's steps in this regard, which was also labeled as being 'exceptional' during the COVID-19 pandemic.

In the same vein, only after about two and a half years of continued proliferation of economic sanctions against different sectors of Iran’s economy by the US and lack of practical actions by the E3/EU in meeting their commitments, on 2nd December 2020, the Parliament of the Islamic Republic of Iran passed a law which required the government to stop the implementation of all verification and monitoring activities beyond 'Iran’s Safeguards Agreement' concluded with the IAEA (CSA), including the voluntary implementation of the 'Additional Protocol' (AP), in case of the continuation of non-compliance by the participants of the deal within two months after the entry into force of the law.

The requirements of the law were unfortunately not met. Subsequently, the implementation of voluntary measures, including the Additional Protocol, was stopped. Still, as a result of intensive discussion with the agency in goodwill, a temporary bilateral technical understanding, compatible with the law passed by Iran’s Parliament, was reached for a period of up to three months as of 21 February 2021.

The new decision aimed to provide another opportunity for making progress and eventually concluding the bilateral technical negotiations with the agency. Iran, once again, for the third time, has opened a new window of opportunity, which needs to be seized both at political and technical levels. Time is of the essence.

Iran has engaged seriously and meaningfully in negotiations with the JCPOA participants. The 5th round of these talks was concluded last week.

However, the outcome of these efforts must secure enough assurances that all sanctions are lifted in a verifiable manner. We do not face, once again, the crisis in which the US withdraws from the agreement or abuse the mechanisms in the JCPOA and violates all its commitments therein while Iran is in full compliance with the provisions of the deal.

It is yet to be observed whether the United States is serious enough and ready to abandon its addiction to use unilateral coercive measures, respect international law, implement its sanctions lifting commitments fully and effectively, and take all necessary difficult decisions that this might entail.

The US must stop violations of its obligations under the deal and the UNSC Resolution 2231 without further delay and any pre-conditions. Iran, on its part, has consistently stated that it will reverse the remedial measures and restore implementation of its nuclear commitments after other commitments, specifically the sanction lifting commitments enshrined in the JCPOA, are implemented fully and effectively in a verifiable manner.

At this meeting, once again, almost all the agency members spoke in support of the preservation of the deal. My delegation is grateful to all who support the revitalization process of the JCPOA. I sincerely urge all relevant parties to contribute constructively, including inter alia, through exercising measures to redress the situation, with the aim that these intensive diplomatic efforts would result in a constructive and agreeable outcome.

Although this meeting is held in a hybrid format and time-limitation has been set for the statements, I feel much obliged to react to some of the allegations made under this agenda item by the representative of the Israeli regime; this is a regime which has not yet accepted even a slight percentage of cooperation with the agency, and the so-called non-proliferation defenders of the world are closing their eyes to its situation. The Israeli regime is a unique phenomenon.

The indefensible record of this regime in non-accession to and non-compliance with all international norms and standards, including in the area of non-proliferation and disarmament, leaves it with no option but to clean its dirty hands by blaming the others.

The representative of such a regime is in no position to preach to others on something they do not respect themselves. To conclude, Madam Chair, in reply to the request made by some delegations who asked Iran to cease implementation of its nuclear remedial measures, I would like to clearly state that while Iran is under brutal unilateral sanctions, it cannot be expected to stay idle and do nothing; one should not expect if anyone slaps on the right cheek, we should turn to him the other side as well.

The remedial measures are evidently within Iran’s rights in strict accordance with the provisions of the JCPOA, which were taken in reaction to the non-compliance with their commitments by the US, EU, and the E3 under the deal.

I thank you, Madam Chair.
Share It :
Related Stories 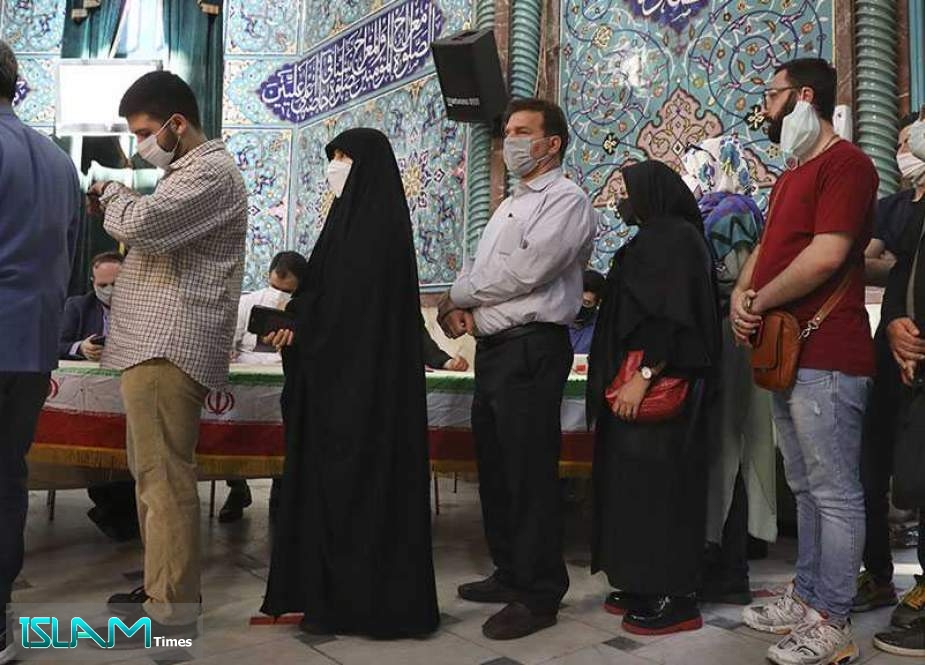