Iran’s President–Elect: Missile Issues Not Negotiable, US Must Return to Nuclear Deal

Story Code : 939343
Islam Times - Iran’s President-elect Sayyed Ebrahim Raisi held his first press conference after clinching a landslide victory in the Islamic Republic’s June 28 presidential election.
Raisi stated that the US should return to all its JCPOA commitment and lift sanctions, and stressed that regional and missile issues are not negotiable.

"We urge the US Government to live up to its commitment to this agreement. Regional and missile issues are not negotiable. An issue has been negotiated and agreed upon and a contract has been concluded and they have committed to it but have not acted on it. Now, how do they want to negotiate new topics? " he asked.

In his opening remarks, Raisi said the Iranian nation voiced their message to the world through the presidential poll, noting that “one message was national unity and coherence.”

“The message of the Iranian nation was the necessity of a change in the economic situation,” he added.

The message of the Iranian nation, he continued, was the need to fight corruption, poverty and discrimination, and in one word the realization of justice in all aspects of the people’s lives.

“This vast and meaningful presence of the people occurred in spite of the coronavirus situation and hostilities and the psychological warfare of Iran’s enemies,” he said.

Raisi said the message of the Iranian nation is insistence on the values of the glorious Islamic Revolution and steadfastness on the path of the late founder of the Revolution, Imam Khomeini, and the martyrs, especially General Qassem Soleimani, who was assassinated in January 2020 by the United States.

Additionally, Raisi pointed that the United States’ “maximum pressure” campaign against Iran has failed to bring the Iranian nation to their knees.

His government will not pursue attritional talks with world powers with the aim of bringing the United States back into compliance with the 2015 nuclear agreement, which Washington abandoned in 2018 under former US President Donald Trump, the president-elect said.

Moreover, he noted that the US must remove the sanctions in a verifiable way in order for Tehran to reverse the nuclear steps it took in response to the US withdrawal from the nuclear deal.

He said the current negotiating team involved in the ongoing talks in the Austrian capital, Vienna, will continue to hold the negotiations as the transition to the new administration takes place.

Raisi urged the US to return to its commitments under the nuclear deal, known by its acronym as the JCPOA, noting that the Iranian people have shown resistance and perseverance in the face of the maximum pressure campaign, which included tough economic sanctions targeting the people’s livelihood.

“The foreign policy of our administration will not start from the JCPOA nor will it be restricted to the JCPOA,” he said, stressing that he intends to develop constructive and balanced relations with all countries.

Raisi said any negotiation that secures Iran’s national interests will be supported by his administration, but “we will not tie the economic situation and people’s [livelihood] to these negotiations and we will not allow talks for the sake of talks.”

Elsewhere in his remarks, Raisi pledged to bring back the lost public trust in the Iranian government, saying he hopes people will feel that his administration is the administration of bringing hope and building trust.

The president-elect promised that his administration will not be limited to a specific political party or group, pledging that he will be open to any governmental manager who is a patriot and wants to serve the people and the Islamic Revolution.

“Anyone whose heart beats for the people and the Revolution will be our partner everywhere in the country,” he added.
Share It :
Related Stories 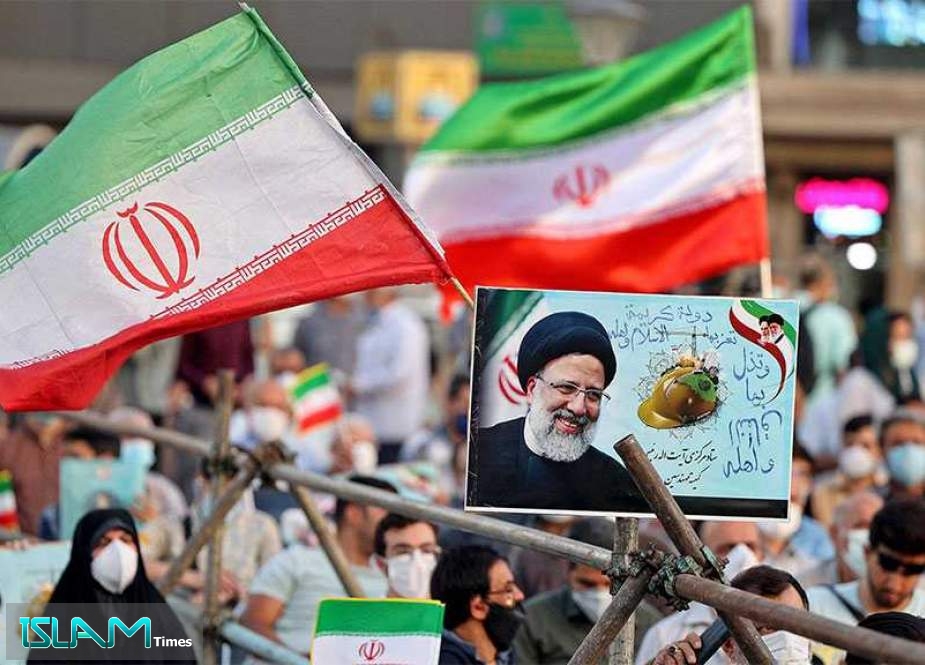