Story Code : 941476
Islam Times - The official spokesman for Iraq’s Harakat Hezbollah al-Nujaba movement, which is part of the Popular Mobilization Units (PMU) or Hashd al-Sha’abi, has denounced the recent deadly US airstrikes on Iraqi resistance groups on the Iraq-Syria border, stressing that the Baghdad government must show its sovereignty and full ability to ensure Iraq’s national security and stability.
Nasr al-Shammari told Iranian News Agency in an exclusive interview that United States is in fact a major violator of the international law and treaties, and it is not the first time that American troops have committed an act of aggression against the Iraqi army and even unarmed civilians of the Arab country.

Shammari said, “The US has killed our forces in cold blood, and has violated our sovereignty by attacking them inside our own soil. This is unacceptable. Iraq now needs to show it is a sovereign government, and has the ability to guarantee its own security and stability.”

US warplanes attacked three targets purportedly belonging to Iraqi resistance groups along the border between Iraq and Syria in the early hours of Monday.

Sabereen News, a Telegram news channel associated with Hashd al-Sha’abi, reported that four Iraqi fighters had been martyred in the attack on the headquarters of the 14th Brigade of the PMU.

Iraqi resistance factions, in a statement issued on Monday, pledged to “avenge the blood of our righteous martyrs and wreak vengeance on the perpetrators of this heinous crime”. They also warned the US against repeating its aggression.

Later on Monday, Reuters news agency reported that several rockets had hit an illegal base for American occupation forces in the eastern Syrian province of Dayr al-Zawr.

The report named the exact whereabouts of the incident as the proximity of Syria’s Omar oilfield, which is controlled by the US-backed SDF militant group.

CNN said some of the missiles from the Monday incident had landed near US troops.

Russian news website Sputnik reported that several American forces and allied militants from the so-called Syrian Democratic Forces were injured in the strike.

Shammari also said the United States and its region allies have on occasions sought to sow division among Iraqi resistance movements and the Baghdad government, but have failed each time.

Shammari went on to say that American occupation forces are now trying to take matters into their own hands, and are attempting to deal blows to Iraqi resistance groups.

“Thanks God, the Iraqi nation and the Iraqi army are united and have taken a similar stand against the United States,” he said.

“The Baghdad government now needs to take a real stance, and summon the American ambassador [Matthew H. Tueller] in a show of protest against this act of aggression against the Iraqi sovereignty,” Shammari commented.

The spokesman for the al-Nujaba movement emphasized that Hashd al-Sha’abi has frequently urged US occupation troops to withdraw, and stated that foreign troops can neither talk about security and stability of Iraq nor decide its future since their presence in the country is illegal and unlawful.
Share It :
Related Stories 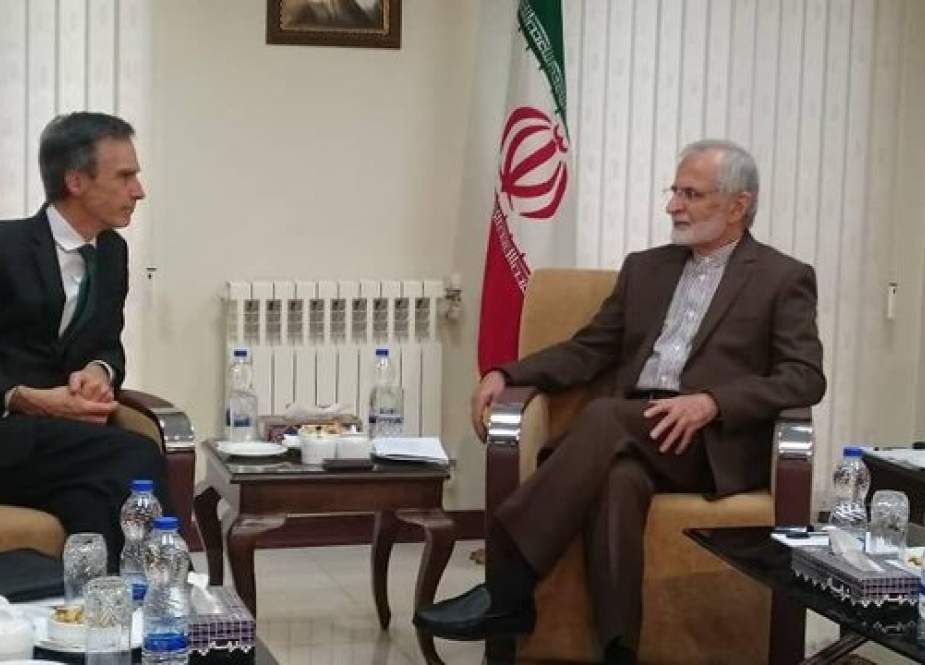