Americans Refuse to Get Vaccinated Because They “Don’t Trust” Biden: Trump

Story Code : 944216
Islam Times - Donald Trump has been accused by critics of embracing the anti-COVID-19 vaccine movement with a statement claiming Americans’ refusal to get inoculated comes down to a lack of trust in the White House.
Trump once again gave credit for the development of the vaccines to his administration’s Operation Warp Speed and accused President Joe Biden of being “way behind schedule.”

Biden previously announced a goal of having 70% of American adults receive at least one shot of a vaccine before July 4, an objective that ultimately was not reached.

Biden and his administration faced heavy backlash this week after the president pointed to misinformation on social media as being behind vaccine hesitancy. He went on to accuse Facebook of “killing people.” White House Press Secretary Jen Psaki had earlier called for the banning of people found to be spreading “misinformation” by officials.

As a result, Trump has been accused of pushing anti-vaccine rhetoric by his critics, despite the fact that he has promoted getting vaccinated before.

“Trump just released a statement dabbling in anti-vaccine rhetoric. It’s best not to share or amplify this. He’s banned from Twitter for a reason,” Independent columnist Ahmed Baba tweeted.

Some were more supportive of Trump’s statement and pushed back against the outrage, arguing the comments are similar to ones made by Vice President Kamala Harris when she was on the campaign trail last year, as well as other liberal pundits during the same time period.

During a vice presidential debate in October, Harris said she was not sure about taking a COVID-19 vaccine approved while Trump was in office.

Harris said she would trust doctors telling her the vaccine is safe, “but if Donald Trump tells us that we should take it, I'm not taking it.”
Share It :
Related Stories 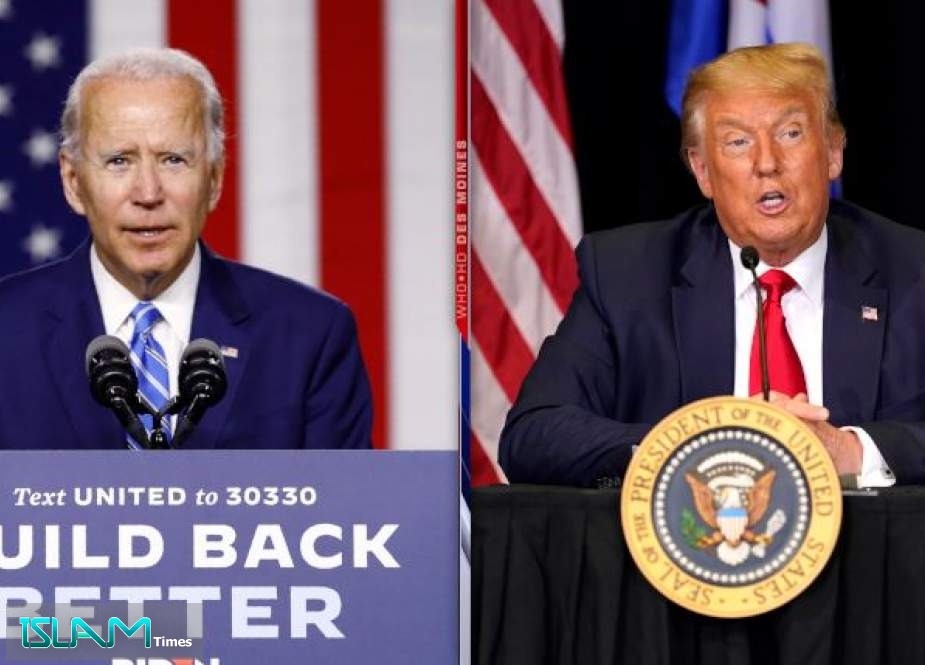 Biden: “I Trust Vaccines, I Trust Scientists, But I Don’t Trust Trump”
Islam Times - US President Donald Trump and Democratic presidential candidate Joe Biden have clashed over a potential coronavirus vaccine, with ...
Dems starting to ask questions about gaffe-prone Biden’s ability to defeat Trump
The End of American Power: Don’t Blame Trump, and Don’t Expect Biden to Save It Either
Boris Johnson's Conservatives Are Abandoning Trump in Anticipation of A Biden Victory
Pelosi Blames Border Crisis on Biden Inheriting ‘Broken System’ from Trump
Picking intellectually challenged Biden would be guarantee of another Trump term: Hoenig
US to Deploy 20k Troops for Biden’s Inauguration as FBI Warns of More pro-Trump Violence
Former CIA Chief Says Worried about Trump’s Anger before Biden’s Inauguration on January 20