The two sides stressed the essential role played by the parliamentary institutions in Syria and Iran to open new horizons for bilateral cooperation, particularly in the economic field, not only in the government sector, but also activating cooperation between the private sectors in both countries in a way that helps the two friendly peoples confront the economic war and the policy of blockade and sanctions imposed on them.

President al-Assad affirmed that Iran is a key partner to Syria and has stood by the Syrian people in the face of the terrorist war and provided them with support in all fields, pointing out that the coordination between the two countries in combating terrorism has given positive results on the ground and will continue until the liberation of all lands and the defeat of terrorist organizations.

In turn, Qalibaf considered that the recent election entitlements in Syria and Iran and the determination of the Syrian and Iranian peoples in fulfilling these entitlements prove the failure of the pressure policies that are being exerted against them and stresses that no one can stand against the people’s will.

Heading a parliamentary delegation, Qalibaf arrived at the Syrian capital on Tuesday for an official visit for high-level talks on various issues, including economic cooperation between Tehran and Damascus.

Speaking to reporters upon arrival in Damascus, Qalibaf said that a comprehensive joint cooperation agreement was being devised by Iran and Syria and that it would be approved by their respective legislative bodies in due course.
Share It :
Related Stories 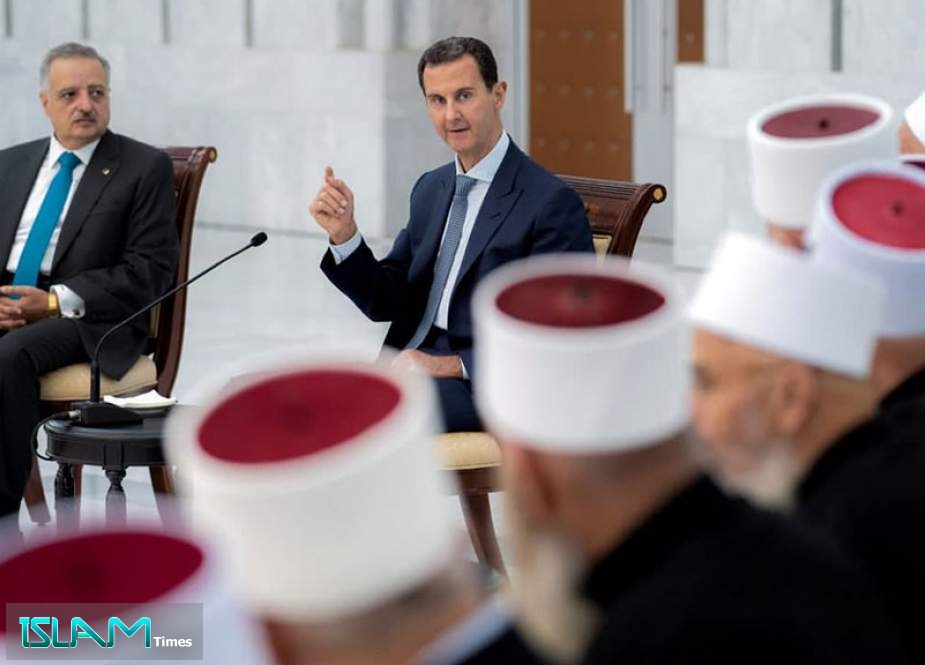