Story Code : 946182
Islam Times - Afghan government forces battled a major assault Saturday by Taliban insurgents on Lashkar Gah, the capital of embattled southern Helmand province, and officials said clashes were ongoing inside parts of the city.
The fierce fighting forced civilians to flee to safety amid allegations the Afghan air force had bombed and destroyed a city hospital.

Helmand Governor Mohammad Ali Alizai told reporters the arrival of reinforcements and airstrikes against insurgent positions had helped contain Taliban advances. But security officials confirmed that clashes were continuing in parts of the provincial capital.

Meanwhile, Afghan forces and Taliban insurgents have been locked in heavy fighting in the adjoining city of Kandahar, the capital of the province of the same name, where civilian families were seen fleeing their homes Saturday.

Heavy fighting also was raging outside the capital of the western Herat province, next to the country’s border with Iran. Officials said the city’s airport remained closed for a third day because of fighting between government and insurgent forces.

A rocket attack Friday targeted the entrance to the United Nations office in Herat, killing a local security guard and wounding other officers. The UN denounced and blamed the Taliban for carrying out the attack.

Afghan media reported Saturday fighting had displaced hundreds of civilians in Herat. The private TOLO news channel reported that out of Herat’s 17 districts, only one district and the provincial capital were controlled by Kabul, while the rest were held by the Taliban insurgents.

A government spokesman in Herat said on Saturday that “foreign forces” carried out airstrikes on Taliban positions in Enjeel and Guzara districts in the province, killing dozens of militants. He did not elaborate.

There was no response from the Taliban to the official claims.

Security conditions have deteriorated across Afghanistan since May 1, when the United States and its NATO allies began withdrawing their last remaining troops from the country after 20 years. 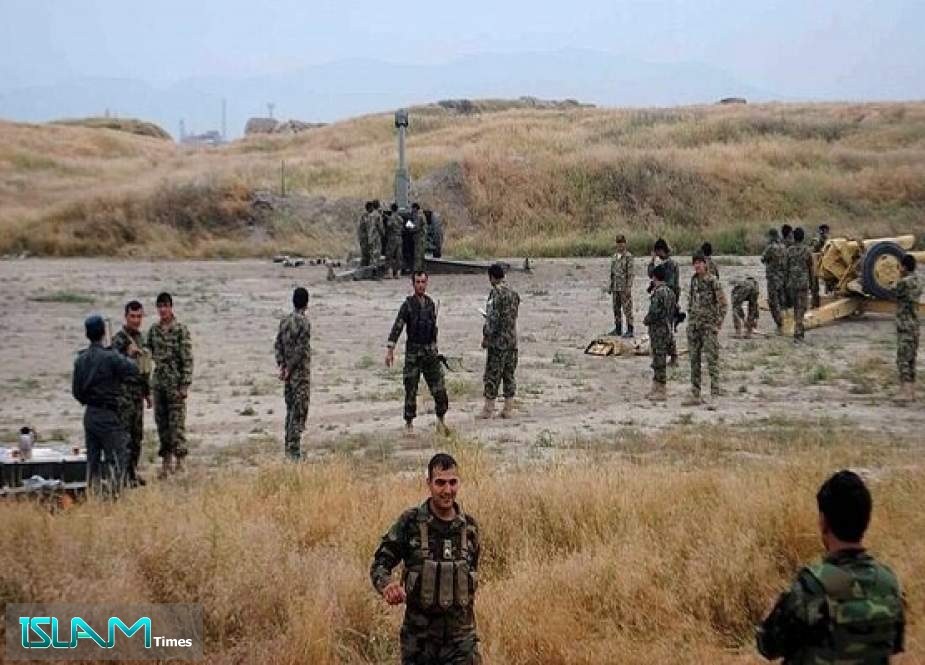