Story Code : 955162
Islam Times - White House staff abruptly interrupted the meeting between the British prime minister and the US president in the Oval Office by shouting over Boris Johnson as they tried to get media out of the room.
As Johnson was trying to finish his thought, repeating "That's the-" a couple of times, White House staff began to expel the assembled journalists from the Oval Office, persistently and rather loudly thanking them for their work.

Johnson became a little confused by the commotion that had begun, but with typical British stoicism, accepted the way the conversation ended.

Biden seemingly ignored the fuss and buzz as he calmly looked around the room for a few moments.

The footage went viral on social media, with users sarcastically suggesting the meeting had to be interrupted due to the fact that the US president "fell asleep again."

Despite all the ruckus, Johnson seemed pleased with the meeting, and reinforced his laudation of the friendship with the United States with a happy photo with Biden.

According to correspondents present at the meeting, Biden was asked about the ongoing crisis at the US southern border, and his answer was continuously interrupted by the staff asking everyone to leave the room.

The president appeared to remark, "Violence is not justified," but the remainder of his statement was incomprehensible, according to The Daily Mail.

After they were rushed out of the Oval Office, frustrated reporters filed a formal complaint to White House Press Secretary Jen Psaki. However, her only reaction was that "the president takes questions several times a week."
Share It :
Related Stories 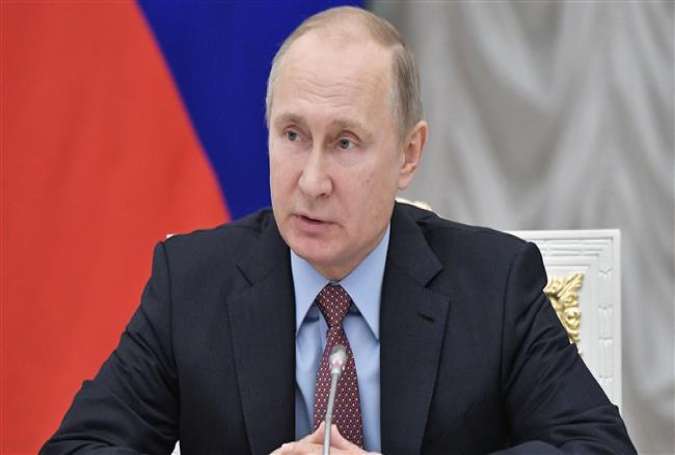 Assessing the Russian counter propaganda efforts (Saker rant)
How the Pentagon Leaned on Hollywood to Sell the War in Afghanistan
Beirut Sniper Identified as Employee of US Embassy
Official: Syrian MP Killing A Cowardly Act, Assassination Rooted in ‘Israeli Nature’
US to Lift Canada, Mexico Land Border Restrictions in Nov for Vaccinated Visitors
GOTCHA! The Sun's Anti-Russia Vaccine Lie
‘Israel’ Instigating US against Rejoining Nuclear Deal
Russia: Necessary to Block Supply of Weapons to Terrorists in Afghanistan
China Opposes Indian Leader's Visit to Disputed Border Area
Ground for ‘Hard Revenge' to Be Set by Ousting US from Region
Tehran Urges Negotiated Settlement of Problems with Baku
US Military Convoy Comes Under Attack in South Iraq
Human Rights Activist Dies in Saudi Prison after 15 Years Detention
US Treasury: $590M Paid Out by Victims of Ransomware Attacks in First Half of 2021
Featured Stories