Story Code : 956151
Islam Times - China's top diplomat has held a virtual meeting with NATO's chief to discuss the situation in Afghanistan, amid longstanding disagreements between Beijing and the US-led alliance over regional policies.
The Chinese Foreign Ministry said Tuesday that the discussions had been “positive and constructive”. Foreign Minister Wang Yi and NATO Secretary General Jens Stoltenberg had spoken the previous day, according to the statement, focusing on “issues of common concern,” AP reported.
Chinese officials gave no further details of the talks.
Beijing long opposed the presence of US and NATO forces in Afghanistan — with which it shares a narrow border — while benefiting from the relative stability that presence provided. It has been strongly critical of the shambolic US withdrawal that paved the way for the Taliban sweeping to power, calling it hasty and irresponsible.
Beijing said the two officials speaking Monday agreed to “raise the standard of dialogue to advance practical cooperation” between China and NATO on issues including counterterrorism, anti-piracy, cyber security and international peacekeeping.
Stoltenberg told China's foreign minister that the alliance “went into Afghanistan to ensure the country did not serve again as a platform for terrorists,” according to NATO's press release Monday, adding that no attacks against China or alliance members had been organized from the country since 2001.
Stoltenberg also stressed in the meeting the importance of a "coordinated international approach, including with countries from the region, to hold the Taliban accountable for their commitments on countering terrorism and upholding human rights, not least the rights of women.”
China has kept open its embassy in Kabul and maintained dialogue with the Taliban group, including hosting a delegation in July led by top leader Abdul Ghani Baradar.
At that meeting, Wang referred to the Taliban as “a pivotal military and political force in Afghanistan" that is “expected to play an important role in the in process of peace, reconciliation and reconstruction."
Beijing has also called on the Taliban to uphold its pledge to restrain militants seeking independence for the traditionally Muslim northwestern region of Xinjiang. Wang has urged the group to keep border crossings open, while offering $31 million in humanitarian assistance, along with 3 million doses of Chinese-made COVID-19 vaccines.
China has also previously signed deals for oil, gas and copper mining in Afghanistan, although those have long been dormant.
China has condemned foreign intervention in the country and has shown little enthusiasm for establishing a major economic presence.
While pledging cooperation with NATO, Wang criticized the dispatch of planes and ships from member states to areas near China’s borders, saying “the Asia-Pacific region does not need new military groups, nor should it involve a confrontation between great powers, even less a small circle designed to incite a new Cold War.”
Stoltenberg said the alliance “does not see China as an adversary, but called on China to uphold its international commitments and act responsibly in the international system," the NATO news release said.
He also raised NATO’s concerns over China’s “coercive policies, expanding nuclear arsenal and lack of transparency on its military modernization," the release added.
Share It :
Related Stories 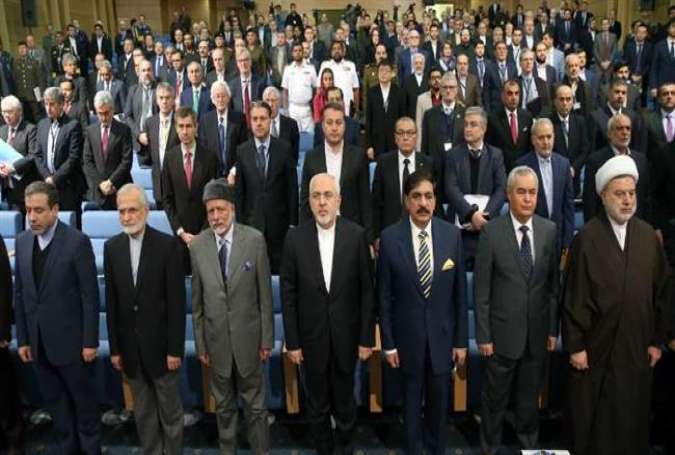