Taliban Warn US, EU of Refugees If Afghan Sanctions Continue

Story Code : 958622
Islam Times - Afghanistan's new Taliban government warned the US and European envoys that continued attempts to pressure them through sanctions will undermine security and could trigger a wave of economic refugees.
Acting Foreign Minister Amir Khan Muttaqi told Western diplomats at talks in Doha that "weakening the Afghan government is not in the interest of anyone because its negative effects will directly affect the world in (the) security sector and economic migration from the country", according to a statement published late Tuesday, France24 reported.

The Taliban overthrew Afghanistan's former US-backed government in August after a two-decade-long conflict.

But efforts to stabilise the country, still facing attacks from Daesh (ISIL or ISIS), have been undermined by international sanctions: banks are running out of cash and civil servants are going unpaid.

According to the statement from his spokesman, Muttaqi told the Doha meeting, "We urge world countries to end existing sanctions and let banks operate normally so that charity groups, organisations and the government can pay salaries to their staff with their own reserves and international financial assistance."

European countries in particular are concerned that if the Afghan economy collapses, large numbers of migrants will set off for the continent, piling pressure on neighbouring states such as Pakistan and Iran and eventually on EU borders.

Washington and the EU have announced they are ready to back humanitarian initiatives in Afghanistan, but are wary of providing direct support to the Taliban without guarantees it will respect human rights, in particular women's rights.
Share It :
Related Stories 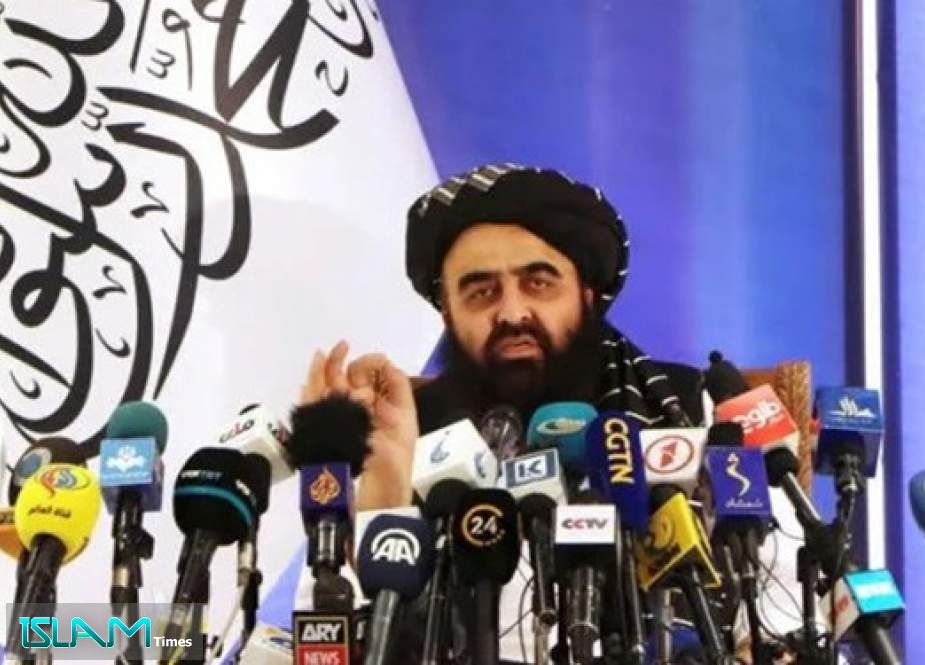 Taliban Warn US Against ‘Destabilizing’ Afghan Government
Islam Times - The Taliban warned the United States against destabilizing the government in Afghanistan, as the two sides held their first face-to-face meeting since the withdrawal of foreign ...
Comment
Morocco to Approve Two Cooperation Agreements with Zionist Entity
Resistance Bloc MP Raad: Hezbollah Will Not Be Dragged Into Civil War, Nor Will Threaten Civil Peace
Report: Dutch Municipalities Secretly Probing Mosques
Assessing the Russian counter propaganda efforts (Saker rant)
How the Pentagon Leaned on Hollywood to Sell the War in Afghanistan
Beirut Sniper Identified as Employee of US Embassy
Official: Syrian MP Killing A Cowardly Act, Assassination Rooted in ‘Israeli Nature’
Report: Biden Has Only Done 10 One-on-One Interviews Since Taking Office Compared to 113 for Obama, 50 for Trump
Iran Warns agianst Rise of Terrorist Groups in Afghanistan
Academic David Miller Speaks Out Following Firing & Israel Lobby Smear Campaign
US to Lift Canada, Mexico Land Border Restrictions in Nov for Vaccinated Visitors
GOTCHA! The Sun's Anti-Russia Vaccine Lie
‘Israel’ Instigating US against Rejoining Nuclear Deal
China Opposes Indian Leader's Visit to Disputed Border Area
Ground for ‘Hard Revenge' to Be Set by Ousting US from Region
Russia: Necessary to Block Supply of Weapons to Terrorists in Afghanistan
Tehran Urges Negotiated Settlement of Problems with Baku
US Military Convoy Comes Under Attack in South Iraq
Human Rights Activist Dies in Saudi Prison after 15 Years Detention
US Treasury: $590M Paid Out by Victims of Ransomware Attacks in First Half of 2021
Featured Stories