Unity of Regional Countries to Accelerate Decline of US: Pakistani Scholar

Story Code : 959084
Islam Times - The head of a Pakistan Research Institute said that the defeat and decline of the United States will be made possible through unity and coordination among the countries in the Middle East region and the Indian subcontinent.
“With unity and coordination, countries in the Middle East, especially the Indian subcontinent, can end the US presence in the region, and the defeats of the United States will make this possible,” Dr. Sayed Saqib Akbar, head of the Al-Basirah Research Institute in Pakistan said during the seventh meeting on “the nature of the post-American world and the geopolitics of the Indian subcontinent” from a series of preliminary meetings of the International Conference on “the Decline of the United States: The Post-American World,” which was held with the participation of Pakistani thinkers.

Referring to the recent US political and military failures as an example of the decline of the US position, especially in the region and the Indian subcontinent, the Deputy Secretary General of the Pakistan Consulate added: “Those who relied on the United States are worried because American policies in the Middle East have clearly failed; US efforts to engage in the region, from changing the Zionist regime’s capital, to normalizing Arab-Israel relations, and to a military presence in Afghanistan have all failed, and the United States today acknowledges that its policies have failed”.

Referring to the failed policies of the United States towards Europe and the decline of this country in the European Union, he added: “Agreements with European countries have failed and except for the England, other European countries do not trust the United States anymore”. Mentioning the failure of America’s fundamental slogans at global level as a sign of its decline, Saqib said: “America’s most prominent slogan and claim was based on peace, which of course failed”.

“The continuation of terrorist groups in the region stems from US support and its attempt to maintain its dominance in the region,” said the researcher on Middle East issues.

There was talk of Pakistan on 9/11, and the Americans claimed that the Haqqani network was supported by Pakistan, while the United States itself created this terrorist group in the region, including Afghanistan and Pakistan. “After the US defeat in Afghanistan, Pakistan is blamed, this is while the US efforts to create, perpetuate and support terrorist groups for disintegrating, dividing and destroying the territorial integrity and independence of countries in the region have been revealed today”.

Saqib Akbar stated that America also cooperated with India, Australia and Japan, and then it ignored India; and India was deeply upset about this. According to American documents, this fact has been revealed that America’ plan was to put India against China. But India objected, and thus, the United States’ policies failed; as a result, America failed in economic competition with China.

Saqib said that in order to prevent this damage, the countries which have been successful in defeating ISIS must use their experiences and capabilities and cooperate and unite with other countries in the region against ISIS. “The United States is also declining morally at home. Many Americans have guns and claim that they can stand up to the regime with those weapons. The Wall Street popular movement was a sign of popular dissatisfaction and lack of public confidence in the government’s economic policies. Polls also show widespread distrust of the American people towards democracy and the slogan of freedom and equality” he added.

The Deputy Secretary General of the Pakistan Consulate concluded: “Like previous experiences in the domination of superpowers, the hegemonic fate of the United States will be doomed to failure, and with successive defeats and heavy financial costs on the United States, the government will certainly not be able to prevail and continue its struggle in the region and the alternative solution for the US presence in the region is coordination and organized unity among the countries of the region.

It is worth mentioning that the 2nd International Conference on “the Decline of the United States: The Post-American World” will be held on November 2, 2021, by Imam Hussein Comprehensive University  and the Secretariat of the Expediency Discernment Council, in cooperation with the universities and research institutes.
Share It :
Related Stories 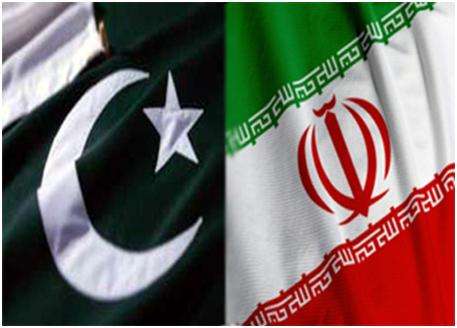