US Withdrawal from Afghanistan Signals its Decline: Syrian Pres.

Story Code : 959326
Islam Times - The Syrian President stressed that the developments in the region, especially the withdrawal of the United States from Afghanistan, show the weakening role of the US and its allies.
According to Iran Press News Agency citing the official Syrian News Agency (SANA), during a meeting between Russian Special Presidential Envoy for Syria Alexander Lavrentyev and Sergey Vershinin, Deputy Foreign Minister of Russia in Damascus on Sunday, the Syrian President Bashar al-Assad said that given this weakness, the countries of the region and neighboring countries must take action to strengthen security and peace, and the future of the region must be determined by the will of its nations and away from foreign interference.

During the meeting, the two sides discussed areas of cooperation in the fight against terrorism and trade issues, developments in Syria and the region, and meetings of the Syrian Constitutional Review Committee.

The Russian envoys said the meeting was in line with Russian President Vladimir Putin's orders to increase cooperation and expand activities with Syria at all levels.

Vershinin and Lavrentyev stressed that Russia is ready to cooperate effectively in the process of rebuilding and repairing the infrastructure destroyed due to terrorism.

The two Russian officials also announced Russia's readiness to invest in energy and agriculture and thus activate the Syrian economy.

The Syrian and Russian sides stressed the importance of continuing the political path in order to reach an agreement based on the principles of the Syrian people and to preserve the sovereignty and territorial integrity of this country.
Share It :
Related Stories 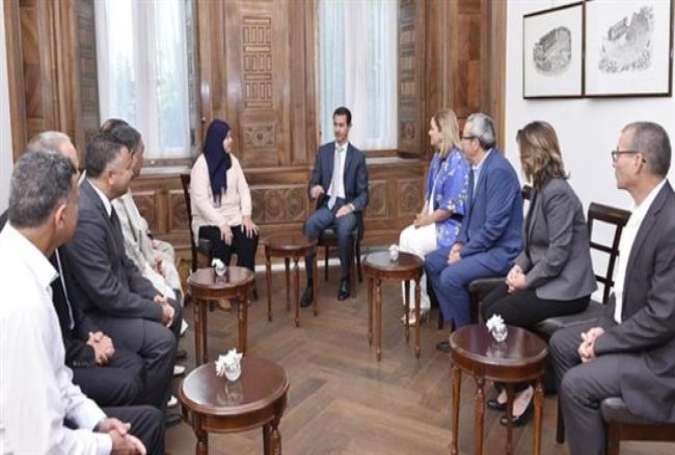