Cancer-stricken Patient, Minors among 13 Detained by Israel in West Bank

Story Code : 960492
Islam Times - Israeli forces have detained 13 Palestinians in several areas across the occupied West Bank and al-Quds, including two children and a cancer patient.
On Monday, the Israeli troops arrested a teacher battling cancer in al-Bireh city in the Ramallah and al-Bireh Governorate, according to the Palestinian Wafa news agency.

In Salfit Province, Israeli soldiers detained two 10-year-old children after raiding their houses in the town of Zawiya.

Three other Palestinians were arrested in the flashpoint town of Beita, south of Nablus.

Since May, Beita has seen intensified clashes between Israeli forces and Palestinians protesting against a settlement outpost that has been established on Sobeih Mountain by settlers under the protection of Israeli forces.

Also on Monday, Israeli troops detained two young men in Jenin Province, including a former prisoner, who was also physically assaulted by the soldiers.

Meanwhile, Israeli troops stormed a house in al-Khalil City, detaining a man in his twenties.

The other three detentions were reported in al-Quds on Monday.

The Israeli army frequently carries out wide-ranging arrest campaigns across the occupied West Bank under the pretext of searching for “wanted” Palestinians.

More than 7,000 Palestinians are reportedly held in Israeli jails. Hundreds have been incarcerated under the practice of administrative detention, which allows holding Palestinian inmates in Israeli prisons without trial or charge.
Share It :
Related Stories 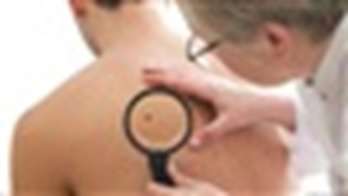