Story Code : 965488
Islam Times - Russia’s ambassador to the international organizations in Vienna has highlighted the necessity of undoing Washington’s withdrawal from the Iran nuclear agreement and eliminating its unlawful sanctions as the root causes of the failure of the 2015 accord.
“It is necessary to eliminate the root causes that prompted Iran to deviate from the terms of the JCPOA, namely the US withdrawal from the deal and Washington’s massive sanctions pressure on Iran, which continues to this day,” Mikhail Ulyanov said during a session of the International Atomic Energy Agency [IAEA] Board of Governors on Wednesday.

He maintained that the only way to resolve the problem was through the Vienna negotiations on the restoration of the nuclear pact, officially called the Joint Comprehensive Plan of Action, which will resume on November 29 after a five-month hiatus.

Ulyanov also said his country appreciated IAEA Director General Rafael Grossi’s endeavors to avoid “crisis situations” in working with Tehran, adding, “We support his intention to continue working with the Iranian side and his call for Tehran to act in a similar way.”

“Russia proceeds from the fact that there is no alternative to the nuclear deal in the interests of maintaining peace and stability in the region, as well as strengthening the nuclear non-proliferation regime,” the Russian diplomat said.

He voiced his country’s determination to continue cooperation in the Vienna format with the involvement of all JCPOA member countries, as well as representatives of the United States, who are not allowed to directly take part in the talks.

The US withdrew from the JCPOA under former president, Donald Trump, in 2018 and attacked Iran’s economy with a “maximum pressure” campaign that included sanctions on the country’s oil sales, central bank, and monetary system, triggering an exodus of foreign companies out of fear of Washington’s secondary sanctions.

Although US President Joe Biden had promised to rejoin the JCPOA and repeal the Trump administration’s maximum pressure policy, he has failed to fulfill his presidential campaign pledges.

However, while maintaining the failed policy intact, the Biden administration has called for a mutual return to the deal.

During a weekly press conference on Monday, Iranian Foreign Ministry spokesman Saeed Khatibzadeh censured the frequently-repeated call as a “fake narrative,” saying it does not change the fact that, unlike the US, Iran never left the multilateral agreement.

Meanwhile, the European trio [E3] – the United Kingdom, France, and Germany – on Wednesday claimed that they would return to the Vienna talks “in good faith,” despite increasingly pressuring Tehran to end its reciprocal measures while refraining from bearing responsibility for their own non-compliance.

“We as E3 will return to Vienna for negotiations in good faith, to resume work based on where we left off discussions in June,” they said in a joint statement.

“We are convinced that it is possible to reach and implement an understanding on the measures providing for Iran return to full compliance with its JCPOA commitments and the United States return to the deal.”

They also voiced certainty that the restoration of the JCPOA was in the best interest of all parties.

“Restoring full implementation of the JCPOA is in the collective security interests of all, including of Iran,” the statement added.

Since the US withdrawal from the nuclear accord, Iran has repeatedly criticized the three European countries for abiding by Washington’s unlawful sanctions instead of taking practical measures to secure Iran’s interests under the deal.

Iran began to scale back its nuclear commitments a year after the US withdrawal, saying its “remedial measures” were reversible on the condition that the US returns to the deal and fully honors its contractual commitments.
Share It :
Related Stories 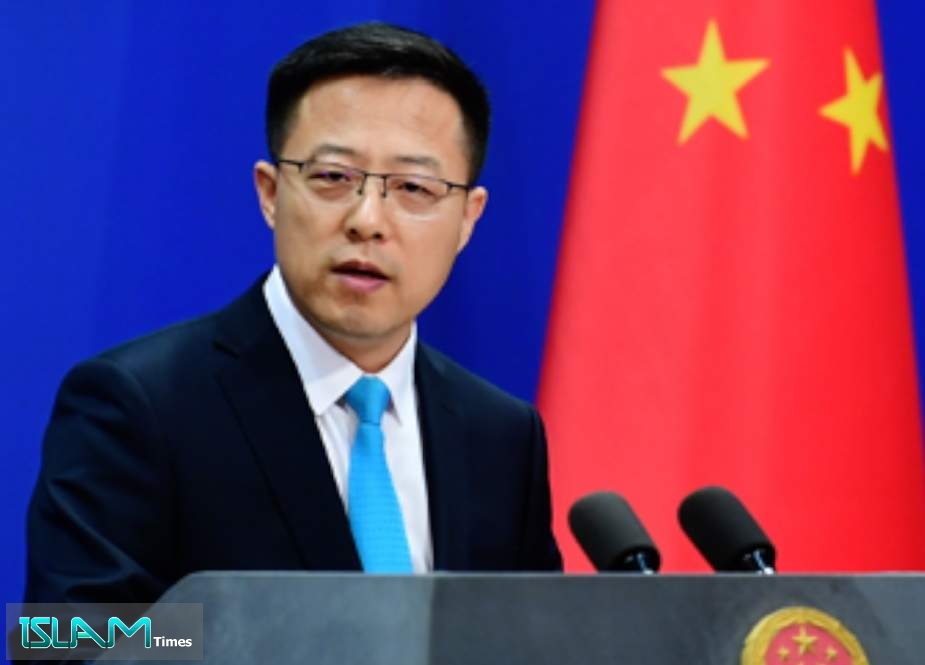