Story Code : 965811
Islam Times - Hezbollah Deputy Secretary General Sheikh Naim Qassem stressed on Saturday that the Resistance Party will continue accumulating weapons, training troops and augmenting military power to face any Israeli war.
Addressing the Arab Forum for Supporting the Palestinian Prisoners in the Israeli jails, Sheikh Qassem reiterated Hezbollah stance which backs the prisoners and condemns all the Zionist measures against them.
Sheikh Qassem indicated that supporting the Palestinian cause is the duty of all the liberals across the world, adding that the fall of the Israeli occupation is just a matter of time.
Sheikh Qassem also noted that some Lebanese parties reject the resistance weaponry in order to identify themselves with the Arab regimes normalizing ties with the Zionist entity.
Share It :
Related Stories 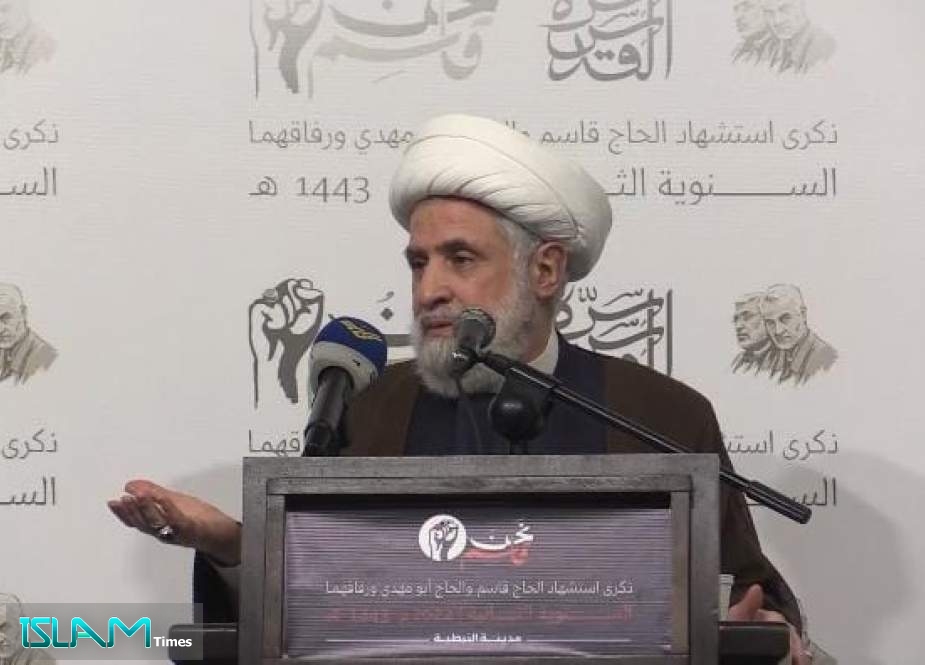