Russia: Moscow to Press Washington, Its Allies for De-Escalation Near Its Borders

Story Code : 966516
Islam Times - Moscow will keep pressing the United States and its NATO allies for de-escalation of their military activity, potentials and infrastructure near Russia’s borders and will take all necessary measures to guarantee its national security, Deputy Foreign Minister Sergey Ryabkov said.
He stressed at the World Politics Forum at the Moscow State University on Wednesday that the Russian side could not but feel worried over the "continuing escalation of military-political tensions in Europe", TASS reported.

"Naturally, Russia is interested in stabilization and in enhancing predictability in relations with the United States and the West in general," Ryabkov noted.

"We are not going to shirk mutually beneficial interaction in areas where interests are close or overlap on the basis of principles of equality, mutual respect and non-interference in each other’s internal affairs. We will continue to insistently demand that Washington and its NATO allies stop building up military activity, potentials and infrastructures near Russia’s borders, and we will be taking all necessary measures to guarantee national security," he added.

Ryabkov stated that the Russian-US summit in Geneva last June showed that "it is possible to conduct a direct and frank discussion with the current US leadership".

He recalled that both countries bore special responsibility as major nuclear powers and permanent members of the UN Security Council for maintaining international peace.

He stressed that following the presidents’ negotiations a strategic stability dialogue was launched.

"There have been two inter-departmental meetings. An understanding has been achieved that two groups of experts will be formed: one on the principles and tasks of future arms control, and the other, on the potentials and actions capable of having strategic effects," Ryabkov explained.

He announced that the two sides had begun a specific discussion on cybersecurity problems. Moscow and Washington are going to go ahead with contacts at all levels of mutual interest.

The US still has time to change its decision to expel 55 Russian diplomats, otherwise Moscow will respond in the same manner, Ryabkov said.

"Of course, [they have time]. [The US] set two cut-off dates - late January and the end of June," the senior diplomat noted.

According to the deputy foreign minister, overall, the US authorities plan to expel 55 diplomats from the country.

"We are going to respond with similar measures, the relevant number of American personnel will leave our country, <…> [in particular], those who were working for more than three years. But we are against this, we suggest that the Americans abandon these requirements," Ryabkov added.

Meanwhile, the senior diplomat mentioned that Moscow still has not received from the US any clarification when the next round of talks on bilateral irritants is going to take place.

"We don’t have a clear understanding as to when the next round of consultations on ironing out issues of mutual vexation will be held. If [the Americans] need additional time to continue discussing these issues, we are ready for it," the diplomat pointed out.

As Ryabkov stated, in this case, "one needs to suspend these requirements <…>".

"And after that, we will hold talks and look for a resolution," the deputy foreign minister went on to say.

"But this is not happening, [the US] goes ahead trying to exert pressure," he added.

The senior diplomat emphasized that such pressure was unacceptable for the Russian side, noting that "this method of ultimatums is used by the US in various spheres of our ties. Thereby, [we] will return the favor".

Washington won’t be able to get full control of Europe in geopolitical terms but Europe is unlikely to become strategically autonomous in the medium term, Ryabkov said.

He pointed out that "attempts by the US-led Western group to regain dominance in the field of global economics and politics, which ignore historical logic", added a confrontational attitude to the complex evolution of a multipolar world order.

"To achieve this goal, Washington has embarked on a course of reconsolidating its transatlantic ties with Europe, which grew weaker under [former US President] Donald Trump, using various methods, including its favorite slogan about the promotion of democracy, as opposed to autocracy," Ryabkov noted.

He stressed that this is the way that "the ideology factor" was being injected into international relations, "which raises the risk of tensions".

"Clearly, the Americans won’t be able to make Europe fully serve their goals. However, the Europeans are acting in a very malleable way, so Europe cannot be expected to achieve any strategic autonomy - not in a geographical sense, but in a geopolitical sense that has been in use recently - at least in the medium term," the Russian deputy foreign minister emphasized. 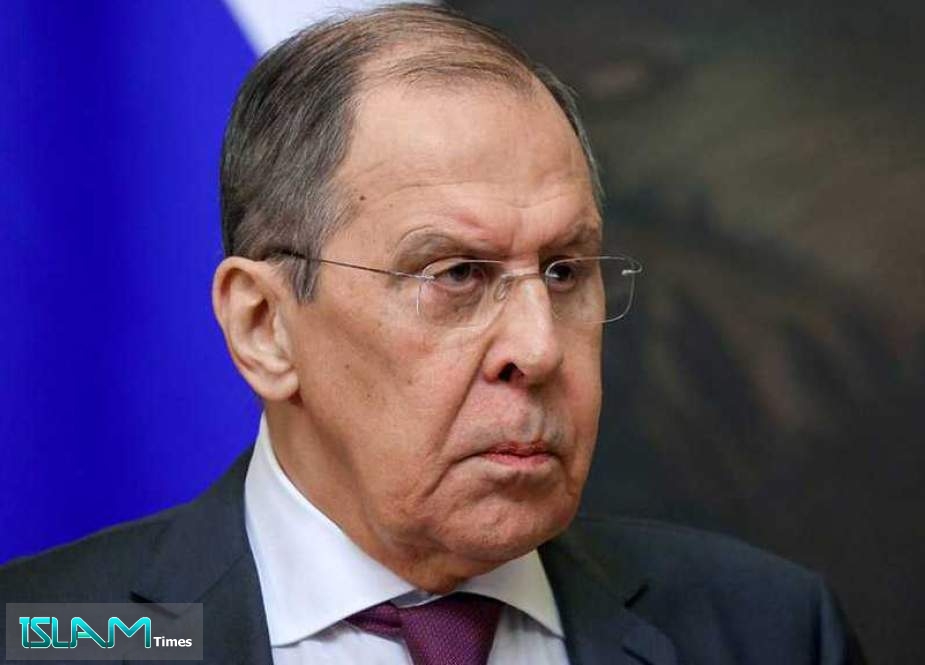 Russia: US Thinks It Has “Special Status”
Islam Times - The American reaction to the recent Russian-led peacekeeping operation in Kazakhstan is a sign that the US thinks it alone has “special status” to maintain law and order ...
Russia Criticizes West’s Artificial Deadlines in Vienna Talks
Russia Urges US to Stop Speculations About Moscow Allegedly Preparing to Invade Ukraine
Russian Embassy Calls on US to Abandon Plans to Provide More Weapons to Ukraine
Russia: Iran ‘Absolutely Right’ To Ask US for Guarantees in Vienna Talks
Russia Has No Relation to Attacks on Ukrainian Gov't Websites: Kremlin
Russia: CSTO Arrived in Kazakhstan Under official Request, Unlike US in Iraq
Russia Remains Open About Military Deployment to Cuba, Venezuela Amid Security Guarantee Impasse
Comment
China Strongly Opposes Fresh US Sanctions on 3 Chinese Firms
Ansarullah Rebukes ‘Bankrupt’ Riyadh-Led Coalition, Says Saudis Still Under Illusion of Winning War
U.S. Says ‘Wants Peace Not War’ as It Arms Ukraine to the Teeth
Ayatollah Khamenei Hails Eulogists for Role in Cultural War
US Military Activity in Hasakah Amounting to War Crimes: Syria
NGO: Israel Uses 'Organized Terrorism against Palestinian Media'
Biden Slammed: US Saw more Gun Deaths in First Year than Trump
German Navy Chief Forced to Resign after Drawing Criticism for Saying Russia's Putin Deserves Respect
French Soldier Killed in Attack on Military Camp in Northern Mali
US Bombed Syria Dam on 'No-Strike' List in 2017, Risking Thousands of Lives
Iran, Russia, China to Stage Joint Naval Drill: Report
Japan Claims Sovereignty over Russian Territory
Yemeni Army Spox: The Enemy Has Been Dealt A Blow, Over 50 Killed & Injured
Maduro to Visit Damascus Soon, Ready to Contribute to Syria Reconstruction
“Israel” Is Worried After the Abu Dhabi Strike: Our Facilities Are in the Crosshairs of the Yemeni Forces
Herzog in Talks to Hold Visit to Turkey: Israeli Media
Syria 'Scene of Convergence of Coop. Between Iran, Russia'
From Nazi Germany to NATO, Western Powers Are Menacing Again and Russia Is Right to Be on Guard
Kazakh Security Forces on High Alert in Almaty amid Calls for Fresh Protests
Muslim Girls Wearing Hijab Barred from Classes at Indian College
Featured Stories