Iraqi Resistance Faction Chief: Expulsion of US from Region Is Least Obligation towards Soleimani & Al-Muhandis

Story Code : 972887
Islam Times - The Secretary General of the Iraqi Kataib Sayyed al-Shuhada, Abu Alaa al-Walai, affirmed that "the expulsion of the Americans from the region is the least duty and loyalty to Hajj Qassem Soleimani and Hajj Abu Mahdi al-Muhandis."
Al-Walai’s statement came in the occasion of the second anniversary of the martyrdom of Lieutenant General Haj Qassem Soleimani, Haj Abu Mahdi Al-Muhandis and their martyred companions, as he considered that “the martyr Lieutenant-General Hajj Qassem Soleimani revived in this nation the spirit of challenge and continuity.”

The Secretary General of Kataib Sayyed al-Shuhada Brigades went on to say: "By God, when one of us feels weary, as soon as he stands in front of Haj Qassem, he turns into an erupting volcano”.

Al-Walai added: "Many Mujahedeen have been apprenticed by him, and he was the one who taught us jihad… I saw him having lunch in Iraq, dinner in Syria and breakfast in Iran... Haj Qassem was a school that urged everyone to love martyrdom”.
Share It :
Related Stories 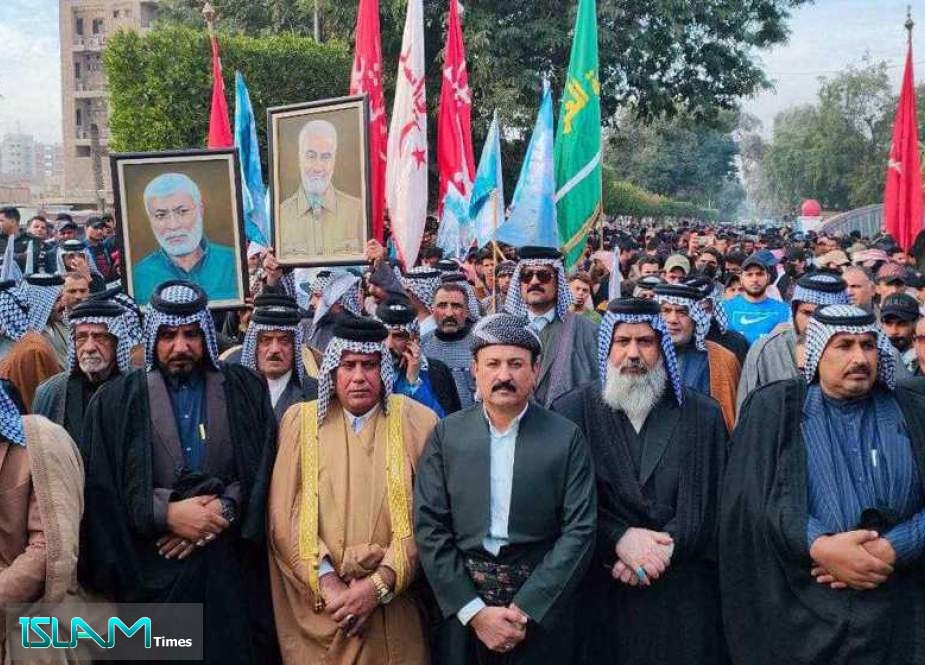