Story Code : 99760
Islam Times - Latvia's pro-Russian Harmony Center party has won the most votes in snap parliamentary election with almost all votes being counted in the tiny Baltic nation.
Islam Times reports from AP: With some 90 percent of the votes counted early on Sunday, Harmony Center gained 29.5 percent of all votes cast in Saturday's election.

The result marks a milestone for Harmony Center party, which caters to Latvia's ethnic Russian minority. Approximately one-third of the country's population consists of minorities, whose native language is Russian.

The right-wing National Alliance secured 13.3 percent of the vote, and the populist Greens and Farmers Union took 12.4 percent.

The other parties, however, did not clear the necessary five-percent threshold to be elected into the parliament.

Thirteen parties participated all together in Saturday's vote. The Latvian Central Election Committee plans to announce the official results and the distribution of the seats in the new parliament later on Sunday.

The snap parliamentary election took place after the previous legislature, elected last October, was dissolved in a nationwide referendum in July.

The legislature dissolution occurred in the aftermath of lawmakers' interference in a major probe into high-level corruption.

Parliamentarians granted the influential politician businessman, Ainars Slesers, immunity, and barred investigators from searching his properties for evidence in the anti-corruption probe.
Share It :
Related Stories 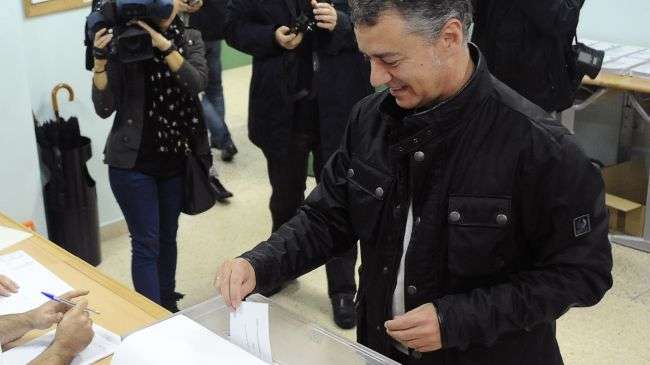