As you are well informed, the raison d'être of the United Nations, which was founded in the aftermath of the ruinous World War II that killed tens of millions of people and made hundreds of millions of others homeless and displaced, was to lessen the human beings’ pains and sufferings and to provide them with a safer and more blissful world, regardless of their nationality, religion, race, and color of skin. Today, the whole world is faced with the global disaster of Coronavirus disease and, despite human being’s wonderful scientific advancements, their weakness has become more obvious than any other time, and it is evident that without solidarity, sympathy, and sodality, they will not have a bright future. Thus, we must all take into consideration that “we are all in the same boat in a stormy sea.”

In the meanwhile, Iran’s great, glorious, and munificent nation, who has played a unique role in the progress of human civilization according to the attestation of the world’s great thinkers, is horribly attacked by two forces: first, the Coronavirus that threatens the lives of Iranian people, and second, the sanctions virus that, due to the shortage of possibilities and lack of access to the medical equipment, drugs, and the other necessary tools for confronting the disease outbreak, has disrupted the country’s medical system and threatens severely the nation’s health, and regarding Iran’s geopolitical situation in the Middle East region, it might lead to the disease outbreak and death of millions of people in the whole region.

As the signers of this declaration, we request Your Excellency as the UN’s Secretary-General, and its subordinate organizations, and also the whole world’s intellectual community, civil society, international institutions, and the all noble people to help the Iranian state and nation in removing sanctions in order for them to be able to confront the disease outbreak.

Human beings are members of a whole,
In the creation of one essence and soul,
If one member is afflicted with pain,
Other members uneasy will remain. [IT/Onh] 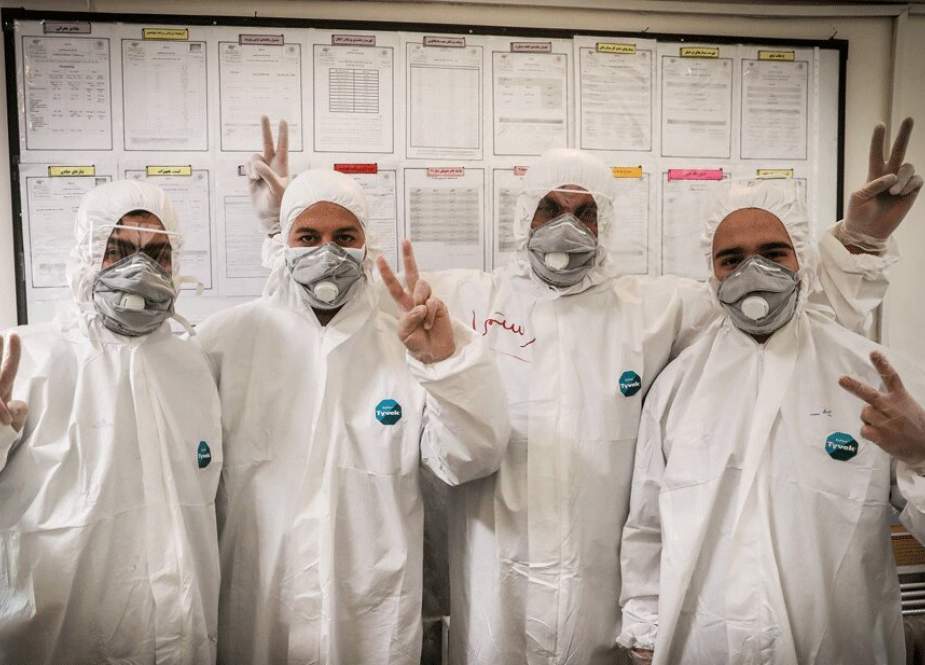