Story Code : 500925
Islam Times - Russian Foreign Minister Sergey Lavrov says the so-called US-led coalition allegedly fighting Daesh terrorists in Syria and Iraq has been aware of the terror group’s oil sales, but has ignored it “for some unknown reason.”
“I am convinced that they saw all that but did not do anything for some unknown reason. Russian warplanes started bombing that criminal industry when they began operation in that area," Lavrov said during a joint press conference with his Syrian counterpart Walid al-Muallem in Moscow on Friday.

"Of course, it’s certainly not a coincidence that our Turkish neighbors grew more and more nervous” after the bombardment of Daesh oil tankers by Russian fighter jets, Lavrov stressed.

Russia launched military airstrikes against Daesh and other terrorist groups in Syria on September 30, following an official request from the Syrian government. The Russian Navy has also contributed to the fight against the terrorists, firing missiles at targets in Syria from its warships in the Caspian Sea.

A US-led coalition has been bombing purported Daesh targets in Syria and Iraq for over a year, but the air campaign has largely been ineffective.

Elsewhere in his remarks, the Russian minister noted that Moscow has submitted a proposal to the United Nations Security Council, asking the body to prepare a report on Daesh oil sales and its buyers. “We hope the UN Security Council members will have a chance to see this information. We constantly include this theme in the agenda. It is we who need full clarity."

Referring to the Russian-drafted Resolution 2199 adopted by the Security Council on February 12, Lavrov said it bans any oil trade with terrorist groups in Iraq and Syria.

The Syrian foreign minister, for his part, slammed the Turkish government for collaborating with Daesh and buying oil from the terrorist group. "Turkey continues to ensure export and transportation of oil stolen (by Daesh) from Syria and Iraq. This oil subsequently goes to ports in other countries. The same situation is with wheat and cotton,” Muallem said.

He also noted that Daesh terrorists dismantle the machineries of factories in the northwestern Syrian city of Aleppo and transfer them to Turkey to be reassembled.

Daesh finances its acts of terror mainly through the sale of oil and antiquities, drug trafficking, and ransom from abductions. Furthermore, reports indicate that wealthy individuals in the Persian Gulf region have raised major funds for the terror group.

Relations between Moscow and Ankara have been strained in recent days over the downing of a Russian warplane by Turkey over the Syrian airspace.

On November 24, Turkey shot down a Russian Su-24M jet with two pilots aboard, claiming the warplane had violated its airspace. One of the pilots of the targeted jet was killed by militants in Syria after ejecting and the another was rescued in a joint Russian-Syrian military operation. The militants also killed another Russian soldier who was on a mission to rescue the downed jet's pilots.

Viktor Bondarev, the chief of Russia’s Air Force, said on Friday that the attack on the Russian bomber was deliberate and pre-planned, calling it an “unprecedented backstab.”

In response to the incident, Russia has taken a number of retaliatory measures.

Moscow has begun to impose restrictions on economic ties with Turkey, while suspending all military contacts with Ankara.

In another retaliatory move, Russia’s foreign minister announced that the country will suspend the visa-free regime with Turkey as of the beginning of 2016.

"Russia’s leadership has taken a decision to suspend the visa-free regime between Russia and Turkey. This decision will come into force from January 1," Lavrov said.

He also noted that Russia has been concerned about the rising terrorist threats coming from Turkey. "This is directly linked with the security of Russia and our citizens. There is a well-run traffic of gunmen via Turkey in various directions."
Share It :
Related Stories 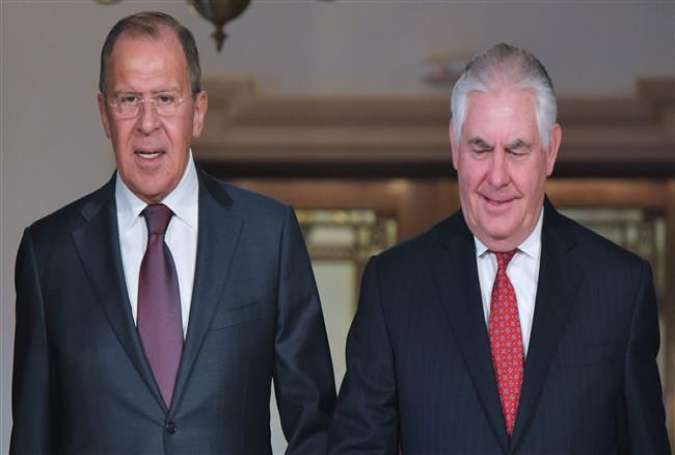