Story Code : 668724
Islam Times - The US Assistant Secretary of State and Acting Special Representative to Afghanistan, Pakistan, and South Asia Affairs Alice Wells has told the Voice of America news agency that Washington has put to work its efforts to prepare the ground for negotiations between the Afghanistan government and the Taliban group.
The US diplomat additionally said that Washington reached out to Islamabad and other regional countries to facilitate the negotiations between Kabul and the insurgent group, according to the VOA.

From plans for more troops to mediation offer

The US makes the offer of mediation between the central government and the rebels, who hold parts of Afghanistan, while the American President Donald Trump in mid-August declared intention to send more troops to Afghanistan as part of the newly-designed strategy.

The further foreign forces deployment to Afghanistan is on a collision course with the stated terms of Taliban for ceasefire and lasting peace. In fact, analysts suggest that one of the key reasons that keeps the insurgent group away from the negotiating table is the US dispatch of fresh forces to Afghanistan. The analysts further cast doubt on the veracity of the Americans claims of willingness to broker the Kabul-Taliban peace talks while it is on the one hand busy sending additional troops and Taliban on the other hand are provoked away from the dialogue as they express strongest opposition to the troops deployment.

Taliban encouraged away from talks by increasingly weak Afghan government

The US suggestion for restoration of peace dialogue between the opposite sides comes amid an apparent situation in which Taliban has the upper hand while the Afghan national unity government is growing weak day by day. The US efforts for brokering a peace deal are taking place while many experts assert that Taliban, at the time being, is not interested in entering the peace negotiations owing to the string of its recent battlefield victories in more than one region of Afghanistan.

According to a report released by the Special Inspector General for Afghanistan Reconstruction (SIGAR), an authority created by the Congress to provide independent oversight of Afghanistan reconstruction funds, the central Afghanistan government holds less than 60 percent of the country’s territories and the rest are either contested areas fought for by the national army and the Taliban or fully controlled by the Taliban. The last year’s gains of the Taliban that sent Kabul more impaired make it quite unrealistic to expect the militant group to yield to calls for peace discussions.

The US under former President Barack Obama managed to arrange Qatar-hosted peace meetings between the government and the insurgent leaders in 2013, that proved to be short-lived and highly-fragile measure. Only several weeks after the arrangement, failures to adhere to the pledges by the American negotiators and the Taliban representatives led to early time ruin of the peace process.

At that time, the Afghanistan government opposed hoisting Taliban's white flag in Doha. Despite that demand, the flag was flown, sending the Afghanistan officials bent out of shape and causing the talks to reach an impasse. The Taliban consequently claimed that the flag raising came after Washington's coordination with Kabul, and blamed the US for “lying.”

After Doha peace initiative proved a failure, the militant group set and stressed the foreign forces withdrawal from Afghanistan as the primary precondition for any steps to resume peace talks. While the Taliban’s emphasis on the foreign troops’ pullout continues, any approval of the US mediatory role will mean that they regard presence of the American forces in Afghanistan legitimate. Therefore, while their withdrawal demand still stands, the Taliban leaders do not seem to accept resuming the peace meetings with Kabul government under presence of the American forces.

Seemingly, Washington seeks legitimacy for its Afghanistan presence, now in its 16th year. The announcement of readiness to sponsor peace dialogue between the government and the militants can, from the viewpoint of the American leaders, legitimize existence of foreign troops on the Afghan soil, not to mention the potential further Washington influence on the battleground garnered by posing as peace broker.
Source : http://alwaght.com/en/
Share It :
Related Stories 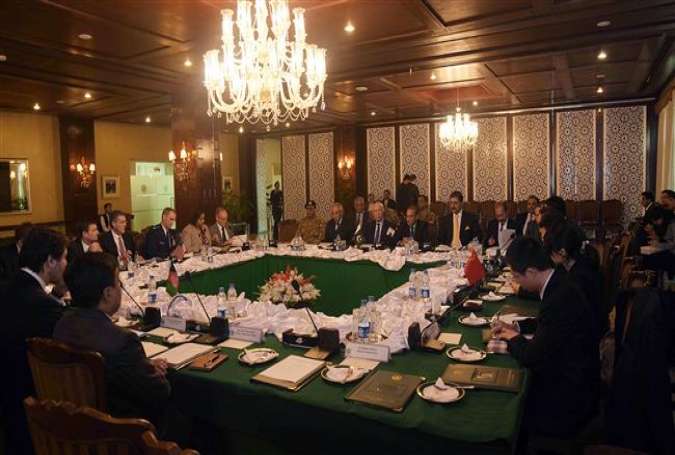