Story Code : 773577
Islam Times - The largely show travel of the US Secretary of State Mike Pompeo to the West Asia region to build a consensus against Iran ended last week with an announcement of the plan to hold a conference in the Polish capital Warsaw on February 13 and 14, co-hosted by the US and Poland.
According to the Department of State, the upcoming gathering will mainly discuss ways to confront what it called “Iranian activities” in the region.

Despite the fact that the American officials labeled Warsaw meeting an international one to be attended by a large number of world diplomats, only a few days after the statement about the event, the media began to cast doubt on massive attendance contrary to what Americans have promised.

The Wall Street Journal, citing a top European Union diplomat, has reported that possibly a number of the bloc’s foreign ministers will be absent at the conference, adding that the Pompeo’s attempt to drag the EU in the anti-Iranian confrontation is running into some difficulty. The American newspaper on Thursday reported that Federica Mogherini, the EU foreign policy chief, will not join the event. When asked about if she intended to be absent at the meeting, Mogherini answered that the time of the co-hosted gathering coincides with an African Union meeting in Addis Ababa, where she is planned to travel.

Additionally, the Polish Foreign Minister Jacek Czaputowicz announced that Russia has declined the invitation. The Wall Street Journal earlier had reported that the French Foreign Minister Jean-Yves Le Drian will possibly not join the meeting. Germany and Britain are yet to finalize their level of representation at the conference. The Foreign Minister of Luxembourg Jean Asselborn earlier said he had no plan to take part.

Some regional countries also plan not to participate in the event. The Al-Mayadeen news network, a Lebanon-based Arab language broadcaster, has reported that Beirut has rejected the US invitation. It is expected that following the Iranian diplomats’ recent visits to the regional capitals, further countries joint the Warsaw meeting boycott or only a small number will attend it.

Since the very first day of Donald Trump's assumption of power at the White House, differences between the US and the EU over the global developments and also bilateral issues have been on the rise. The powerful European states have since been strongly opposing Washington’s unilateral policies which they find challenging the international peace and stability.

One sticking point between the leaders of the two sides of the Atlantic is the Iran nuclear deal Trump pulled out of in May last year. Trump's move against the agreement, achieved in 2015 between Iran and six world powers– The US, China, Russia, Germany, Britain, and France– and reinstatement of the economic sanctions on Tehran met Europe's opposition that insisted to keep the deal alive through setting up alternative financial transaction channels with Tehran, known as Special-Purpose Vehicle (SPV) to allow the country enjoy benefits of the deal as the signatories promised.

For Europe, the nuclear deal served a strategy to prevent a massive arms race in West Asia and promote diplomacy and dialogue to settle the problems on the global stage for the final aim of reducing the potential threats to the European security environment.

But so far, the European efforts to fulfill the nuclear deal commitment to Iran in response to Tehran’s show of good faith by remaining part of the deal has made no much progress. This drives the Europeans to the notion that in the shadow of their failure to fulfill their commitments, their effective presence at the anti-Iranian conference in favor of the US agenda will lead to the impairment of the Iranian trust in Europe, a development endangering all of the steps so far taken to save the six-party agreement.

On the other side, regional peace is not solely related to Iran and another crucial case in it is the Palestinian cause. So far, Brussels, as the EU capital, has opposed the largely tense policy of Washington which seeks to end the two-state solution and pave the way for implementation of the “deal of the century”, a plan that reportedly aims to finalize recognition of al-Quds (Jerusalem) as Israeli capital, recognize the Israeli illegal settlements, and deny the Palestinians the right of return. This appears to be one of the covert goals behind Warsaw meeting as some of the Arab states’ leaders are scheduled to attend the meeting along with the Israeli regime’s Prime Minister Benjamin Netanyahu.

With the absence of Mogherini as a top EU diplomat, the uncertainty surrounding effective presence of the European powers, and the deep gaps between the Arab states in various regional cases, what is clear is Washington's inability to get the favorable results from Warsaw conference to build an alliance against Tehran to separate the latter from its independent regional and international policy, an aim the White House hoped to get when Trump on May 8 abandoned Iran nuclear deal and re-imposed the heavy sanctions on the Iranian oil, banking, and transportation sectors. Not only Washington failed to realize this goal but also it run into a trouble convincing its top trade partners to quit business with the Islamic Republic. On the heels of the embargo return on November 6, Turkey and Iraq said they will not recognize the US economic restrictions and continue to do business with neighboring Iran. And on Sunday, the Central Bank of Iran announced that after China now South Korea, India, and Japan have resumed oil imports from Iran.
Share It :
Related Stories 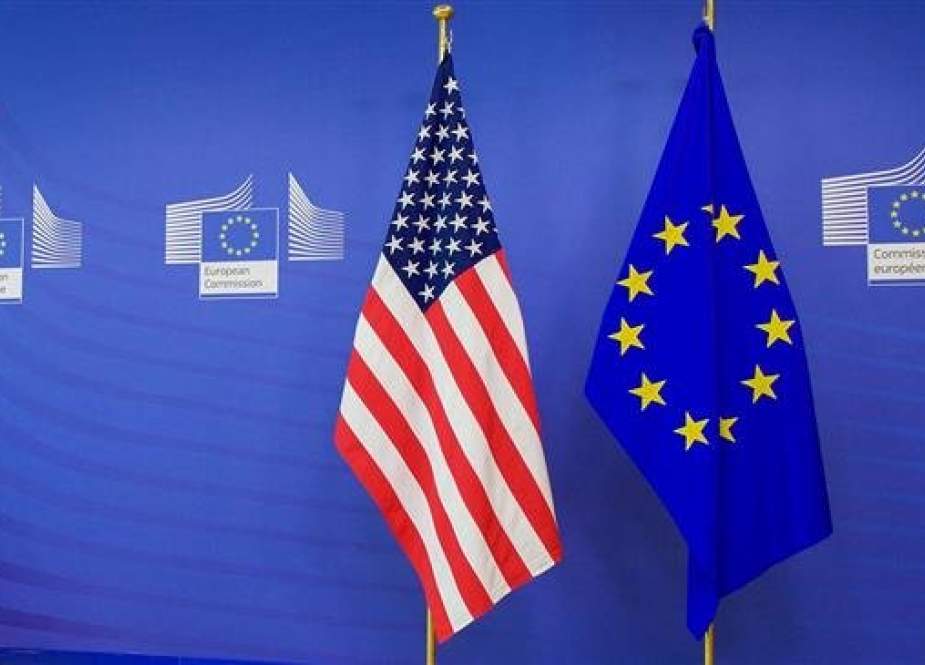