By: Jack Lao
Story Code : 804792
Islam Times - Saudi Crown Prince Mohammed bin Salman's record numbers are not limited on his accession to the throne from second to the first at a young age, but he seems to be heading to crown himself as the world's fastest dictator.
Bin Salman, who ascended to the Kingdom of Saudi Arabia and raised the slogans of freedom and liberty, is now one of the most prominent symbols that undermine freedoms and wars not only in the Middle East, but in the world.

Even in the Washington post’s article written by Jackson Dale described him as harsh and cruel dictator and similar to Saddam Hussein.

The writer says that the bet developed by the United States on Saddam Hussein led to the invasion of Kuwait in 1990, and here began to "endless wars" in the Middle East, which the foreign policy establishment generally complains about.

"Thirty years later, the elite and politicians who report it, repeat the same mistake, even though they say they hate the crimes of Saudi Crown Prince Mohammed bin Salman, including the heinous crime of murdering journalist Jamal Khashoggi, torture and imprisonment of women demanding broader rights for women and the military campaign in Yemen is a disaster burdened with war crimes." He added

In the opinion of the writer, the determination of politicians and policy makers to uphold this narrow vision can be seen through the UN's Special Rapporteur on Extrajudicial and Arbitrary Killings, Agnes Kalamar.

"Like Saddam Hussein before him, Mohammed bin Salman concluded that he was rightous. As he ordered women to be tortured in prison, his planes continued to bomb Yemen, and he took the first steps to acquire nuclear weapons, because Western governments do not stop him, until there is too much price to pay."

The words of the American writer came a few days after the Kalamar report that Khashoggi was a "victim of planned execution and extrajudicial execution and responsibility for the Saudi state," and that Mohammed bin Salman was an accomplice in the operation and attempted cover after the crime, also coincided with a new position of the French Foreign Ministry, Calling for the disclosure of all the facts concerning the killing of Saudi journalist Jamal Khashoggi, and called for the prosecution of those responsible for the crime.

The French foreign ministry spokesman said France's position on the Khashoggi case was well known. "We have asked for a clear definition of the facts in this very serious case and to complete all the necessary investigations - including the possibility of an international aspect - and prosecute and punish those responsible."

And today Prince Mohammed bin Salman has become a dictator because of the support he receives in return for the provision of billions of Saudi people's money to Western countries. Here we should mention the following:

First: what is happening reveals the extent of international hypocrisy. In such a clear crime, it is not punished.

Here the author writes in The Washington Post: At the recent G-20 Summit in Osaka, Japan, which was held last week, they gathered cheers around him, not only President Donald Trump, but also the prime ministers and presidents of the European democratic countries, not only those, but also the leaders of India, South Korea and Japan, Who have welcomed Mohammed bin Salman warmly in the past six months.

"When you ask them why, you get the usual answer: "The Crown Prince, also known as MbS, is the best opportunity to modernize Saudi Arabia. He is fighting a war against Islamic militancy. He is allied with us and with Israel against Iran, and the alternatives are worse."

Second: Khashoggi's crime is not equivalent to one in a thousand crimes committed by order of "Ibn Salman" against the Yemeni people.

Therefore, the son of Salman and all those involved in the crimes against the Yemeni people should be punished, not in Khashoggi's blood, but with the blood of thousands of martyrs.

The Yemeni people do not rely on the UN organization, which has done nothing for the past years, but will be limited to Ibn Salman himself.

The University's long-standing decision follows a decision in April 2018 by the Cambridge City Council, to end the university's relationship with the Saudi government.

The Bill and Melinda Gates Foundation - a subsidiary of US billionaire Bill Gates - cut off ties with an association headed by the Saudi crown prince over Khashoggi's crime.

Fourth: There are many countries are warning about meeting the "notorious" Ibn Salman, A senior UN official criticized Dutch Queen Maxima after meeting Saudi Crown Prince Prince Mohammed bin Salman at the G20 last weekend without mentioning the murder of journalist Jamal Khashoggi.

The United Nations official responded to a question about the Crown Prince's meeting with the Queen and her role as UN Ambassador: "To meet this man is something, and to ask him without any mention of his crime is another thing."

In conclusion, Prince Salman became a symbol of dictatorship, although he could have done the exact opposite. There is no doubt that the fall of the Crown Prince of Saudi Arabia after the aggression on Yemen and the killing of Khashoggi is a lesson for the oppressors. 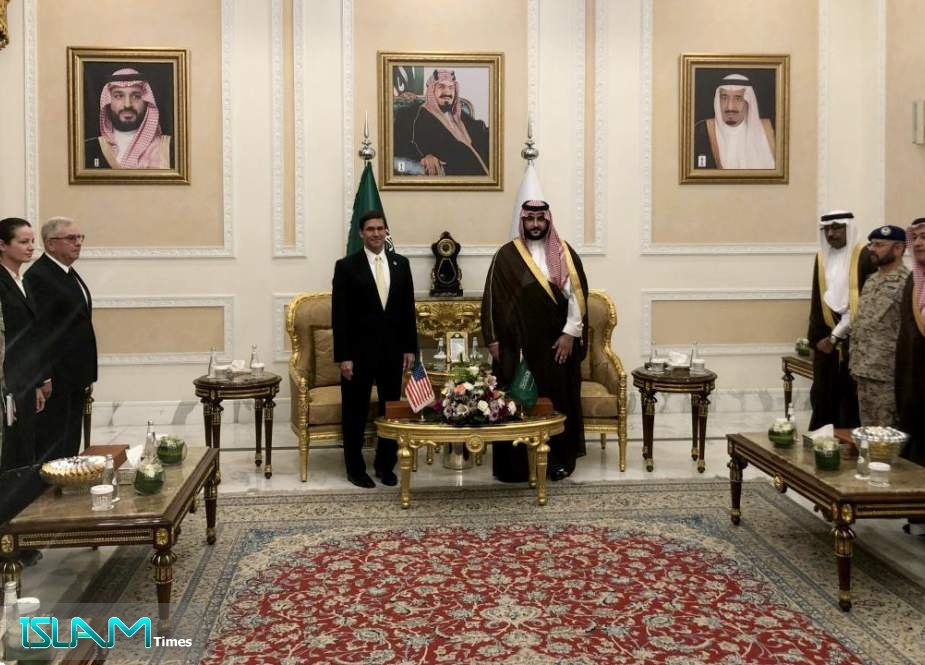