How pervasive is Saudi penetration of western political systems?

By Padraig McGrath
Story Code : 810176
Islam Times - When the Royal Marines seized the Iranian-owned Grace 1 supertanker off Gibraltar on July 4th, then British Foreign Secretary Jeremy Hunt hailed the seizure as a sign that Iran had “no place to hide.” On July 19th, when the Iranian government retaliated by authorizing the Iranian Revolutionary Guard Corps to seize the Swedish-owned, British-registered tanker Stena Impero in Hormuz, Hunt described it as an act of “state-piracy.”
Now, at first glance, this looks like just another tedious example of the blatant double-standards which we’ve come to expect from western politicians in relation to non-vassal states, and it is certainly that. This is not the first article in which I have drawn attention to Hunt’s tendency to practice blatant double-standards such as these. However, it has subsequently transpired that Jeremy Hunt’s recent campaign for the leadership of the British Conservative Party was largely financed by a close associate of Saudi Crown Prince Mohammad Bin Salman. The South African banker and philanthropist Ken Costa has been described in some quarters as Bin Salman’s “point-man” in the UK.

Or bagman, if you prefer.

It is unsurprising, then, that Hunt publicly bats for Kingdom of Saudi Arabia (KSA) at every available opportunity, for example in deflecting criticism regarding the Saudi role in the precipitation of the humanitarian crisis in Yemen, and also in consistently demonstrating hostility toward Iran.

On August 7th, US Energy Secretary Rick Perry met with Saudi Minister for Energy, Industry and Mineral Resources Khalid Al-Falih. They are reported to have discussed ways of countering what they see as Iranian attempts to “destabilize” world-oil markets, with Al-Falih indicating that KSA favours the policy of increasing oil-production to moderate any surges in the world-price of crude.

Well, when the US withdraws from the JCPOA as a pretext for unilaterally imposing new sanctions on Iranian oil, “destabilization” is inevitable, but there wouldn’t be any point in making that argument to someone to whom it was not already self-evident.

It turns out that Perry also has a lot of Saudi grit under his fingernails. The US Senate House Oversight Committee has just published a report which is extremely critical of Perry’s role in advocacy for the sale of nuclear technology to Saudi Arabia. Attempts have been made by IP3, an energy-consulting firm, to persuade the US Department of Energy to facilitate the sale without requiring the Saudis to sign a Section 123 agreement, which would be a commitment regarding the non-proliferation of nuclear weapons.

Can you imagine Saudi Arabia with nuclear weapons?

Not that these dubious Saudi entanglements mark the Trump administration in particular, of course. Enormous Saudi funding for the Clinton Foundation prior to 2016 was well documented. During Clinton’s tenure as Secretary of State, US arms-sales to Saudi Arabia increased by 97%, including a $29.4 billion sale of over 80 F-15 fighters to KSA, and her 2016 campaign-manager John Podesta’s consulting firm was paid $140,000 per month to lobby on behalf of the KSA government. The Clinton Foundation itself also received about $10 billion in donations from the Saudi government while Clinton was Secretary of State.

And let’s not even talk about the Bush family’s history with the Saudis.

So we see, then, that the level of penetration which the Saudi government has achieved in the west’s political systems transcends both nationalities and ideological boundaries. British and American hostility toward the Islamic Republic of Iran is usually analyzed as being primarily ideologically driven. This interpretation is certainly valid on a number of levels.

The Iranian Islamic revolution has been one of the most stunningly resilient and successful anti-colonial movements in history, and therefore many imperial strategists see it as an imperative that the Islamic revolution must be crushed, not simply in order for Iran’s immense natural resources to be looted as they were before 1979, but also for the same strategic-ideological reasons that the western geo-strategic perspective has historically seen it as an imperative that all revolutionary societies be crushed.

Furthermore, we can discern a deeper ideological confluence between Saudi Wahhabism and liberal universalism, currently the Occident’s dominant (but rapidly decaying) ideological paradigm. Both are rooted in 18th century excessively transcendental thought, in an explicitly ahistorical, anti-historical or post-historical way of thinking. Both explicitly reject historical comparison or collective historical experience as a normative basis for the evaluation of social, political, ideological or ethical questions.

While the French philosophes of the 18th century sought to ground their worldview in something which they called “pure reason,” unburdened by any considerations of historical embeddedness or context (a form of philosophical naiveté thankfully not shared by any of the most notable figures in the German enlightenment), Muhammad ibn Abd al-Wahhab sought to rediscover a “pure” version of Islam, unburdened by the allegorical Koranic hermeneutics of sophisticated Persian intellectuals.

In an Inforos column on August 1st, my colleague Sarah Abed argued that the United States’ ultimate objective in Iran remains regime-change, hence the willingness to use any spurious pretext whatsoever in order to re-impose sanctions. She argues that there is a strategy of continuing to economically pressure the Iranian state until it collapses in its current form.

I certainly agree with this analysis, but in breaking down the various motivating factors behind it, our broadly justified emphasis on ideological and geo-strategic issues sometimes blinds us to the role of straightforward corruption and influence-peddling in the process. Saudi financial power has led to a situation wherein KSA exerts very arguably more influence on the foreign policies of western governments than any other foreign entity.

Paranoid liberal fantasies about the Kremlin’s influence in subverting the internal political processes of western countries used to make us laugh, but by now they are simply tedious, and paranoid fantasies about pervasive Israeli influence are almost as tedious. We overlook the point that the Kingdom of Saudi Arabia has arguably more raw bribery-power than any other nation-state.
Source : http://www.informationclearinghouse.info
Share It :
Related Stories 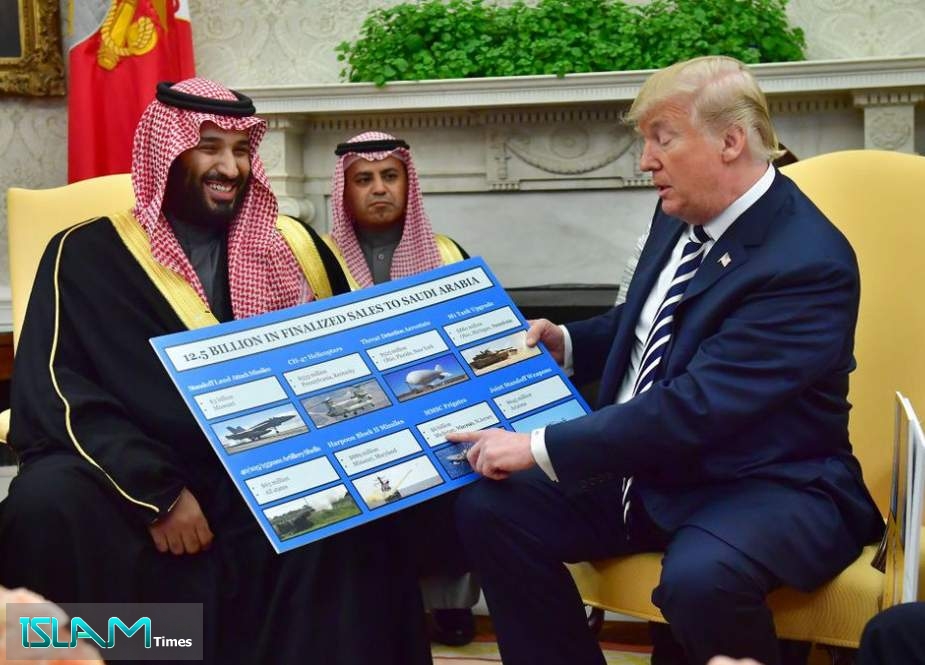