Story Code : 811841
Islam Times - While the news about the US-Taliban peace talks keep making headlines on the world media, some American politicians have begun to raise opposition about the ongoing negotiations between the two sides.
Lindsey Graham, the Republican senator, in a couple of Twitter messages questioned the rightness of the talks saying that trusting the Taliban and pulling the American forces out of Afghanistan will be even “worse than” the nuclear deal with Iran.

Graham, an influential senator in the Republican camp and a close figure to President Donald Trump, even went beyond claiming in one of his eight tweets that trust in the militant group to check rise of the ISIS and other radical groups in Afghanistan is a “mistake” bigger than the one Trump predecessor Barack Obama made in the talks with Iran.

Before Lindsey, some voices inside the US were heard expressing objection to the dialogue for a deal with the militant group. Lindsey’s voice appears to be louder and head better thanks to his considerable sway on the American lawmaking body.

Talking against the negotiations comes while the relatively long talks between the US representative Zalmay Khalilzad and the Taliban representatives ended on Monday in Doha after eight rounds. Although no details of the results surfaced, some reports suggest that the negotiations have focused on the withdrawal of the foreign forces from Afghanistan in return for guarantees offered by the Taliban leaders.

One important point is that the administration which pursues the talks and the opponents of the talks are both from the Republican Party. The initial understanding is that the ruling party in the US is not united in the views about the peace talks. While the White House decision-makers are for the negotiations, some Congress Republicans strongly oppose them arguing that the process is dangerous for Washington.

The multitude of voices about the pursuit of peace with the militant group reveals the UN trustworthiness of the American decision-making body. It is not unlikely that a new government, even from the Republicans, will reject the talks and their outcome altogether and restore the policy of seeing Taliban as a terrorist group, something being a Taliban red line and in practice will mean renewed confrontation between the US and the group inside Afghanistan and even outside it.

The American opponents of the peace process are far from transparent in justifying their opposition, and at best refer to the Iran nuclear deal that was signed between Tehran and six world powers but faltered after Trump in May last year pulled out of it and reinstated sanctions on the Islamic Republic. They cite the Joint Comprehensive Plan of Action (JCPOA), the official name for Iran deal, as the reason for them to cast doubt about the viability of any agreement with the Taliban. They, however, appear to close their eyes to the fact that the US failure in the JCPOA is an outcome of the White House’s decision to scrap the agreement. So, it looks that the main drive behind the protests to the engagement with the Taliban is a fear of the direct repercussions of the negotiations on the American status globally and regionally.

To put it differently, the critics remain critics regardless of the dialogue will produce positive results or negative ones. They oppose the very nature of the Taliban. They note that Washington’s agreement to talk to the Taliban is an agreement to talk to a foe the US 17 years ago waged a deadly and devastating war against Afghanistan to obliterate. The war killed thousands of civilians and wounded more. At the end of the road and after heavy costs, the US came to the negotiating table. They say that negotiations with the Taliban are an admission that nearly two decades of war went nowhere. They question that if the US has been fighting for the Taliban obliteration for nearly two decades, why it should sit and talk with it now. They ask: Can this bear a meaning other than accepting the defeat by the US?

Or perhaps the critics are concerned about their forces’ withdrawal as a result of any peace deal with the Taliban. If the American troops, who are serving along with other Western forces in Afghanistan, pull out, it will practically mean that war ended and the US will no longer have a war to fight in the Central Asian country. This is a nightmare for the neoconservatives who understand the war to be a driving force for the American global hegemony.

Some of them even reject the idea that Trump is a neoconservative as they refer to his insistence on exit from Afghanistan. The president finds the cross-border military spending of the US economically unjustifiable. But the neoconservatives defend the American wars in West Asia. They add that a US military and political hegemony on the world arena is an outcome of the wars it fought to date and that it needs to protect this position. Retreat from the battlegrounds, they think, marks an admission of the end of global hegemony. Thus, perhaps some Republicans will keep their sheer opposition to exit from Afghanistan and Syria even if the militant groups are disarmed and no longer pose the so-called threat to the US presence.

Regardless of the arguments of the supporters and opponents of negotiations with the Taliban, what calls the attention these days is the reality of insecurity and instability on the Afghan ground despite the US military presence whose aim is the alleged fight against fundamentalist groups. Perhaps only with the foreign military pull-out the Afghans can set hope on domestically-provided security in their chaos-hit country which on its 100th independence anniversary is a setting to home and international disputes.
Share It :
Related Stories 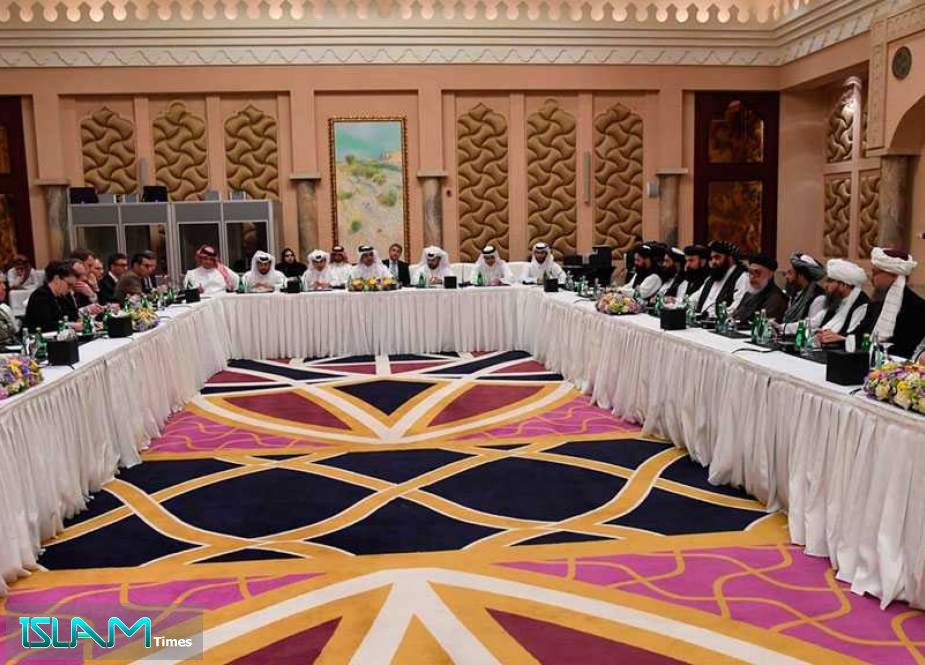 Afghan Talks with Taliban Kick Off in Doha
Islam Times - Talks between the Afghan government and Taliban militants started in Qatar’s capital of Doha on Saturday with the goal of bringing an end to nearly two decades of a conflict ...
UK PM urges talks with Taliban
Kabul in secret talks with Taliban
Collapse of peace talks with Taliban leaves US reeling
Britain calls for talks with Taliban
Afghan govt. holds talks with Taliban in Norway
US envoy in secret talks with Taliban
‘US not in unilateral talks with Taliban’
Comment
UK Says Strongly Supports JCPOA
First US Space Force Squadron Lands in the Gulf
Woman Arrested for Allegedly Sending Trump Poisoned Letter
Lebanese President Calls for Refugee Return on 75th UN Anniversary
Biden: Trump’s “Lies, Incompetence” Lead to Gravest Losses in US History
Russia Says ‘Not Afraid of US Sanctions’ over Arms Trade with Iran
Palestinians Fear Cost Of Arab States’ Normalization with ‘Israel’
PA Quits Arab League Chairmanship: Unhonored to See Arab States Rush to Normalize with the Occupation
Britons to Return to Home Working, New Limitations amid COVID-19 Surge
UN General Assembly Holds Virtual Summit for World in Crisis
Iraq’s Sadr: Israel Would Mark Own Ending by Opening Embassy in Baghdad
Possible Targets for Taking Revenge for Gen. Soleimani
Why Is Iraq’s Al-Kadhimi Pushing To Cozy Up To Kuwait?
2,000 Days Since It Began, the War in Yemen Is Poised To Turn Even More Deadly
SA Minister: US Report of Iran’s Assassination Plot ‘Bizarre’
Five Nations Are Weighing Normalized Ties to ‘Israel’: Trump Aide
EU Parliament Urges Arms Embargo on Saudi Arabia
Over 30 Taliban Fighters Killed in Afghan Airstrikes: Govt.
How US Takes Advantage of Terrorism for Purpose of Its Hegemony!
Rights Groups: UAE Hires Thousands of Mercenaries to Carry Out Assassinations in S Yemen
Featured Stories