Freedom of Expression; The French Style

Story Code : 886025
Islam Times - The Islamic world, once again, witnessed a blasphemous insult and impudence to its sanctities, when the notorious Charlie Hebdo magazine published a derogatory cartoon insulting the Holy Prophet of Islam (pbuh). The French President Emmanuel Macron, who has repeatedly cracked down on criticism of the French people and the yellow vests, called himself a defender of freedom of expression, calling Charlie Hebdo's heinous act as an example of freedom of expression and belief.
In response, the Supreme Leader of the Islamic Republic of Iran called it a gross and unforgivable sin, and dismissed the pretext of freedom of expression, as stated by some French politicians, for not condemning this blatant crime, and categorically rejected the move as a demagogic and wrong gesture.

That in France “freedom of expression” is something very close to demagoguery is supported by undeniable evidence. Charlie Hebdo magazine, for example, was temporarily shut down in 1961 for insulting what was called as the French national values and was suspended for six months in 1966. After the death of General Charles de Gaulle, the former president of France, the magazine insulted him in 1970 and was shut down, on the order of the French Interior Minister. According to the British Daily Telegraph, on January 27, 2009, the Charlie Hebdo cartoonist, Maurice Sinet, was dismissed for publishing a joke about the son of the French Prime Minister, Nicolas Sarkozy.

But the most important reason supporting the proposition that France, like many other European countries, does adopt a selective attitude towards “freedom of expression”, is the prohibition of criticism, of whatever kind it be, of the Holocaust incident. In France, according to the Gayssot Act, the act of denying the Holocaust has been criminalized. The press and media are, therefore, limited and prevented from freely criticizing or denying the Holocaust. One famous instance of such discriminatory French version of freedom of expression can be found in the case of the French comedian Dieudonne M’Bala. Dieudonne was accused of hate speech and publicly supporting terrorism for his anti-Semitic comments and in 2015 he was arrested and his show was banned. Interestingly, this discriminatory attitude towards freedom of speech is not only limited to the French government and the French media has its own share of it. In Dieudonne’s case, Thierry Ardisson, among the most long-standing French TV hosts and producers, in an evidently prejudiced manner, cruelly attacked on Dieudonne and announced that he would never again appear on his (Ardisson’s) show due to having offended the people by his comments; this is in the case that, previously Ardisson had so vigorously and whole-heartedly defended and justified Charlie Hebdo’s publication of caricatures of the Prophet of Islam (pbuh); the very act, which had vexed and disrespected almost 1.5 billion Muslims at the time.

Louis-Ferdinand Detouch, nicknamed Celine, was a renowned French novelist who was praised by the literary community in 1932 for writing the novel Journey to the End of the Night. After gaining popularity, Celine was accused of being a traitor for having expressed anti-Semitic ideas in one of his writings, calling for the expulsion of French Jews, and his books were called back and collected in France. Following his death, Gallimard Publishing in Paris volunteered, in December 2017, to reprint Celine's writings, which were part of French literary identity, but was opposed by the French government. From then on, the question arose among French intellectuals as to whether the ban on disseminating such ideas in public, restricted freedom of expression. In recent years, attempts to republish Celine's writings have also fueled debates over the boundaries of the freedom of expression in France.

After this brief account of the contradictory claims in defense of freedom of expression in France, if we go back and reflect again on what Charlie Hebdo did and the way it was received by the French president Emmanuel Macron, we will better understand the words of the Supreme Leader of the Islamic Revolution of Iran when he described Macron's defense of freedom of expression as an excuse and a dishonest gesture.
Share It :
Related Stories 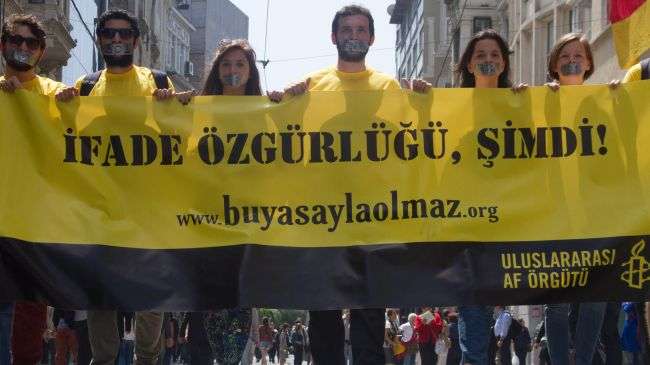