2,000 Days Since It Began, the War in Yemen Is Poised To Turn Even More Deadly

Story Code : 887371
Islam Times - For many in Yemen, there is little reason for optimism entering what feels like the third phase of the war against their country as Israel ostensibly enters the fray.
Another grim milestone has just passed in Yemen, where Saudi Arabia’s war against the poorest country in the Middle East reached its two-thousandth day. Ostensibly, the war was launched to restore President Abdrabbuh Mansur Hadi to power after he was ousted following Houthi-led popular protests amid the Arab Spring.

Realistically, the war has become little more than a pretext to control Yemen’s strategic sites and natural wealth. Saudi Arabia and the UAE now occupy entire southern provinces from al-Mahara to the Bab al-Mandab Strait. Somehow, though, they have not yet allowed Haddi and his old guard to return.

The numbers are astonishing. Since 2015, Saudi-led coalition warplanes have pounded the country with over 250,000 airstrikes. Seventy percent of those have hit civilian targets, killing more than 100,000 people since January 2016, according to a report by the Armed Conflict and Location Event Data Project (ACLED). Those numbers do not include those who have died in the humanitarian disasters caused by the war, particularly starvation and thousands of tons of weapons, most often supplied by the United States, have been dropped on hospitals, schools, markets, mosques, farms, factories, bridges, and power and water treatment plants.

Unexploded ordnances have been left scattered across populated areas, particularly in the urban areas of Sana’a, Sadaa, Hodeida, Hajjah, Marib, and al-Jawf, and have left the country one of the most heavily contaminated in the world.

As the war officially passes its two-thousandth day, the Eye of Humanity Center for Rights and Development, a Yemeni advocacy group, issued a report on where some of the estimated 600,000 bombs have landed. According to the non-governmental organization, those attacks have destroyed more than 21 economically-vital facilities like factories, food storage facilities, fishing boats, markets, and food, and fuel tankers and have damaged 9,000 pieces of critical infrastructure, including 15 airports, 16 seaports, 304 electrical stations, 2,098 tanks and water pumps, and 4,200 roads and bridges. At least 576,528 public service facilities, including more than 1,000 schools, 6,732 agricultural fields, and 1,375 mosques have been destroyed or damaged.

The blockade and bombing of civilian infrastructure, particularly hospitals, have also crippled Yemen’s health system, leaving it unable to deal with even the basic public health needs. Eye of Humanity reports that the coalition has destroyed 389 hospitals and health centers while most of the country’s estimated 300 remaining facilities are either closed or barely functioning as COVID-19 spreads through the country like wildfire.

Household food insecurity now hovers at over 70 percent, with fifty percent of rural households and 20 percent of urban households now food insecure. Almost one-third of Yemenis do not have enough food to satisfy basic nutritional needs. Underweight and stunted children have become a regular sight, especially among holdouts in rural areas.

This is Yemen after 2,000 days of war. A dirty war and a brutal siege on a forgotten people subsisting in unlivable conditions. If one is able to dodge death from war, starvation, and COVID-19, they face unprecedented levels of disease. Yemen’s average life expectancy now hovers at around 66, one of the lowest in the world. The Saudi blockade has imposed tight control over all aspects of life, severely restricting not only the movement of aid and people but also of UN flights. Last week, both the Ministry of Transportation and the General Authority of Civil Aviation and Meteorology announced that Sana’a International Airport was no longer equipped to receive the official airplane of UN Special Envoy to Yemen, Martin Griffith.

Oil-rich Saudi Arabia is still preventing fuel tankers from delivering much-needed fuel to Yemen’s hospitals, water pumps, bakeries, cleaning trucks, and gas stations, plunging it, particularly northern districts, into a fuel crisis. The blockade has not only forced thousands to wait for days in lines as far as the eye can see but has forced many facilities to shut down altogether. All while Saudi Arabia and its local militias plunder crude oil in Marib, Shabwah, and Hadramout.


After normalization, the UAE steps up attacks

For many Yemenis, there is little reason for optimism entering what feels like the third phase of the war against their country, as Israel ostensibly enters the fray. They believe that the situation will escalate as a result of normalization between the UAE and Israel, and indeed, Tel Aviv’s entrance into the already convoluted theater appears to have already opened the door for further escalation.

Since normalization, UAE warplanes have intensified airstrikes against populated areas throughout the country’s northern provinces. In Sana’a, approximately 20 aerial attacks hit densely populated neighborhoods and brazenly targeted the Sana’a Airport, a military engineering camp, and a poultry farm, among other targets.

UAE warplanes are believed by locals to be receiving logistical support by Israel, although no evidence has yet surfaced yet to substantiate those fears. In a stark departure from the UAE’s more conciliatory tone in Yemen over the past year, UAE aircraft have carried out more than 100 airstrikes since August 13, when Trump announced the normalization between Abu Dhabi and Tel Aviv. They also pounded the oil-rich province of Marib, located east the country, where UAE jets dropped more than 300 bombs targeting transport trucks, fuel stations, homes, and farms. Advanced military sites belonging to the Ansar Allah-led were also targeted.

Reinforcing the heir of hopelessness is that the United States continues to neglect Yemen’s suffering, despite its designation by the United Nations calling as the world’s worst humanitarian crisis. Even with the 2020 election looming and President Donald Trump leaning heavily into his foreign policy accomplishments, the U.S. role in Yemen has been noticeably absent from the discussion. Biden has been no better, leaving little hope that the December elections could bring an end to the war.

There are efforts underway to bring some semblance of peace to Yemen by parties in both Qatar and Oman. Secret negotiations have been held in Sana’a, but they seem aimed at stopping the Houthi advance in Marib and not the war in general.

In reality, international voices are loudest when the war begins to affect Saudi Arabia, as they were last September when Saudi oil facilities were attacked, or when a Houthi advance threatens the Saudi border as it did in August of 2019 when an operation captured 4,000 square kilometers of Saudi territory in Najran.

Qatari and Omani efforts are not the only ones on the ground. The United Nations envoy to Yemen, Martin Griffiths, is leading other efforts aimed at stopping the Houthi advance in Marib. Griffiths said during a recent Security Council session that, “The situation in Marib is of concern. Military shifts in Marib have ripple effects on conflict dynamics. If Marib falls, it’d undermine prospects of convening an inclusive political process that brings about a transition based on partnership and plurality.”

Neither the efforts in Qatar nor those by the UN even purport to be focused on bringing an end to the war or mitigating the blockade, instead, they seem only concerned with assuring the Coalition retains its competitive advantage.

2,000 days of war, in fact, have proven an insufficient term to bring peace to the war-torn country. With the exception of a fragile ceasefire in Hodeida and a small number of prisoner releases, negotiations between the two sides, even on minor issues, often reach a dead end. Numerous negotiations between the Houthis and Saudi Arabia have failed, including UN-brokered peace talks in Switzerland last year.

When the war began over five years ago, Saudi leaders promised a decisive victory in a matter of weeks, one or two months at most. Yet the Houthis remain steadfast in their resistance and, in fact, have grown even more powerful leading to consternation in the Kingdom, with Saudi King Salman bin Abdulaziz dismissing the leader of the Coalition forces Fahd bin Turki and a number of senior officers following a series of recent Saudi battlefield failures.

On Thursday, Houthi forces carried out drone strikes against the al-Abha Airport in Saudi Arabia’s southwestern province of Asir. The operation was the fifth against the airport and a sign that half of a decade of war has done little to bring security to the Kingdom.

In fact, the Houthis now seem intent on moving the frontline into Saudi Arabia and UAE territory and have even promised retaliatory action against Israel should they continue to escalate their involvement in the war. According to Houthi spokesman Mohammed AbdulSalam, “the Saudi-led war on Yemen the price the Arab nation is paying for taking a firm stance against Israel,”  adding “Israelis are involved in most of the conflicts plaguing the region, including the Riyadh-led aggression against Yemen".
Source : MintPress News
Share It :
Related Stories 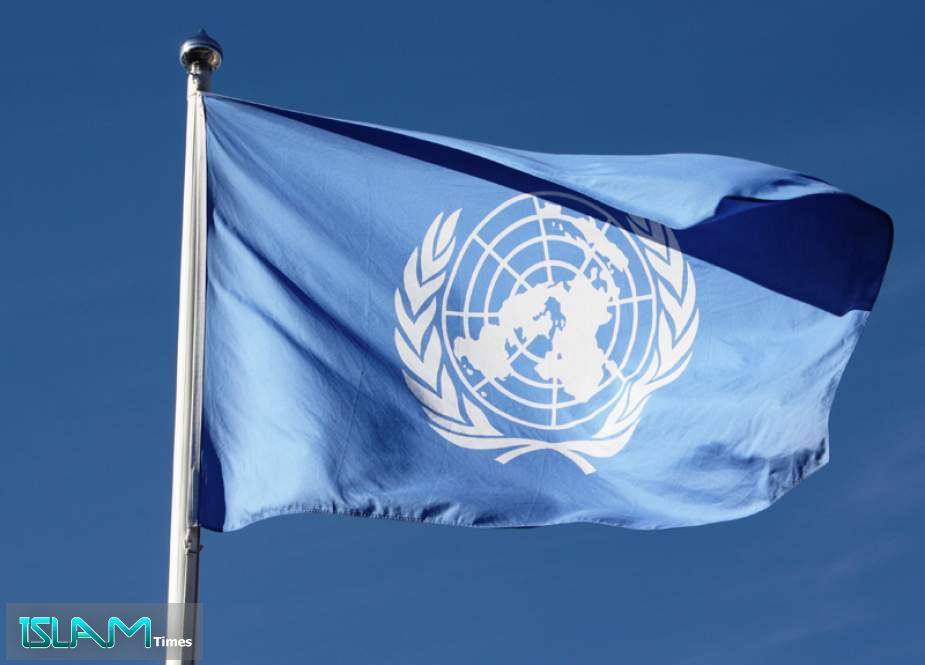