Story Code : 889130
Islam Times - The statement of the US Under Secretary of State for Political Affairs David Hale concerning the American funding for Lebanon continues to resonate. In fact, it is the first time that an American official makes such an explicit statement about the level of funding that Washington provided to Lebanon, whether regarding its value or the parties that received it.
Hale’s declaration, in which he talked about a $10 billion worth of funding for Lebanon, came as an answer to Democratic Senator Jeanne Shaheen’s question during a hearing at the Senate Committee on Foreign Relations [attended by Hale and Elliott Abrams, the US Special Representative for Venezuela and Iran], as she asked about the assistance that the Trump administration has provided to Lebanon after the Beirut Port blast, given that China had provided the country with a multi-million-dollar offer to rebuild the port, according to Shaheen.

His answer was in an attempt to show that the Trump administration did what it had to do. Hale said that “Washington was the second largest donor” since it provided Lebanon with $19 million worth of humanitarian aid after the port blast. In another context, the US official was trying to minimize the importance of the Chinese plan and the threat it poses to American interests in the Eastern Mediterranean, as he considered that China was not able to provide Lebanon with $10 billion “as they did”. However, the moment when Hale talked about the $10 billion was preceded and followed by many questions from senators concerning the “maximum pressure” campaign, the countering of Iran in the region and the efforts to weaken Hezbollah – especially in Lebanon. Republican Senator Mitt Romney asked Abrams about the American support to the Lebanese army, which was within what he called the US strategy of countering Hezbollah. Abrams turned the question over to Hale – who was previously an ambassador to Lebanon, so he repeated the same notion concerning the US interest in supporting and arming the Lebanese army “in order to reduce the influence of Hezbollah in Lebanon and prevent it from exploiting the current circumstances to extend its influence.”

Though, a comparison between the enormous amount that Hale mentioned during the hearing and the numbers that the US State Department publishes on the Foreign Assistance and “USAID websites shows a clear contradiction; the published sum seem to be much less than what Hale had mentioned. The database of the Foreign Assistance website shows that the total amount that Washington provided Lebanon with, between 2011 and 2020, didn’t exceed $4 billion, including funding for the Lebanese Army and security forces, along with all political and cultural hacking programs under the rubrics of development, education, health, ecology, and civil society support, which is the most important today. The USAID has programs for the Lebanese terrain, through which it provides funding to ministries, official and private institutions, associations and NGOs. It is difficult to follow all funding processes that Lebanese associations had received from the American agency, but it suffices to mention that, in 2005, USAID disbursed only around $25 million in Lebanon; this amount had risen to $204 million in 2011, then jumped to $508 million in 2015, and finally recorded around $731 million in 2018 and $733 million in 2019.

It is not clear how much of the $10 billion was earmarked for the associations and NGOs in hopes to achieve the “change” that Hale presented to the Senate Committee as the price of the $22 billion (the loans of the World Bank, International Monetary Fund, and CEDRE conference). There remains an obvious reality that observers and those who are familiar with American methods in countries in crisis, which is that Washington masters exploiting crises and making use of them to serve its interests. For example, in Zimbabwe, the African country that went bankrupt and whose financial sector started to collapse since 2011, the USAID provided associations and NGOs with $850 million before the parliamentary elections in 2013, in hopes to achieve the “change” that topples former President Robert Mugabe. However, Mugabe won the elections and the USAID scandal appeared in the Zimbabwean press later in 2015; so the agency was obliged in 2018 to admit what it had done, attributing its failure in achieving any result to the “corruption” of the civil society and some of the USAID officials.

Is there in Lebanon anyone who is repeating the Zimbabwean “corruption” experience?
Share It :
Related Stories 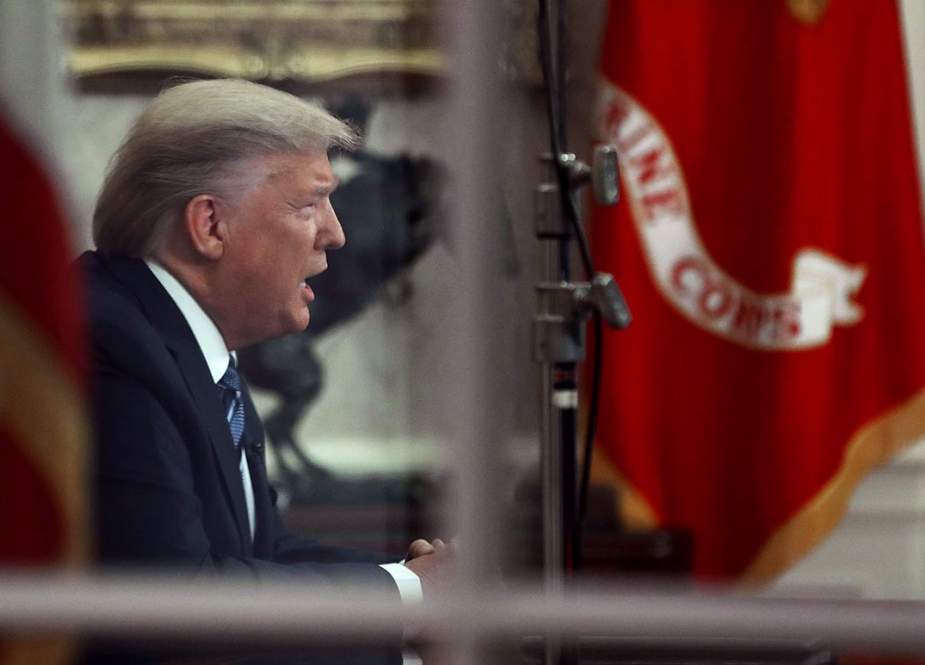