By Richard Silverstein
Story Code : 892263
Islam Times - Donald Trump runs U.S. Middle East policy much the way Don Coreleone ran his Mafia empire: through pursuit of common interests where possible and, if that failed, through bullying and extortion.
News reports indicate few, if any of the Middle East states negotiating to normalize relations with Israel are doing so out of the goodness of their hearts.  Some of them, like UAE and Saudi Arabia, find they have common interests with Israel and the U.S. in combating the influence of Iran in the region.  Not to mention that Trump boasted to Bob Woodward, that after Crown Prince Mohammed bin Salman murdered dissident journalist, Jamal Khashoggi, he “saved his ass.” Trump didn’t have to do much to call in this “chit” from the Saudis.  States like Oman and Bahrain, reputed to be next on the list to normalize, are either vassal states of the Saudis or heavily dependent on their good will.

But there are countries farther afield reported to be considering joining the pack, which have no clear interest in normalization, Among them are Sudan and Morocco.  Sudan recently deposed its longtime strongman dictator, Omar Bashir, replacing him with an uneasy coalition of military and civilian leaders who are attempting to forge a path away from Bashir’s Islamist militancy and toward democratic pluralism.  But they are saddled with an onerous baggage of the Bashir era: an international designation as a terrorist state. In fact, during his reign, Sudan was closely allied both with Iran and Hamas and permitted transshipment of weapons through its territory. This led to several Israeli air attacks on Sudanese targets.

Due to its past, Sudan is ineligible for international aid, business development assistance, and commercial ties.  This has stifled the new government’s nascent attempts to kick-start the economy and offer citizens hope for radical change in their economic and political condition.

That’s where the U.S. comes in: we are the key to removing Sudan from the international terror list.  Our Treasury Department maintains this list which includes countries like Iran, North Korea and other states reputed to sponsor terrorism.  In some cases, Treasury will remove a country which clearly has renounced its former involvement with such acts (Libya).  In other cases, removal from the list is based purely on political exigencies (the anti-Iran cult, MeK). If Sudan is to offer any hope to its people to avert economic collapse, the U.S. must remove the country from the terror list and open the gates for humanitarian assistance and trade.

Though there is no legitimate reason to continue this designation, the Trump administration is dangling removal over the heads of Sudan’s leaders.  But it’s holding it just out of reach, while it says to them: we can do a deal if you’ll do something for me in return.  That “something,” is normalization with Israel.  That’s not all that’s on offer: UAE, Israel and others have sweetened the pot with nearly $1-billion in aid.  But given the fact that Sudan is in extremis, it needs three to four times that amount to get back on its feet.

That’s why you will hear Sudan’s military leaders speak approvingly of the prospect.  In fact, Netanyahu has met with the leader of the Sudanese military and de facto ruler, though no pictures of their meeting are available (for obvious reasons).  While its civilian leaders, more attuned to the mood of the street, are much more leery.  That leaves the country in limbo.  It has come far in toppling a dictator and setting itself on a path toward freedom.  But it is held hostage by powers greater than itself, exploiting Sudan’s weakness to benefit their own interests.  The cynicism is overwhelming.

Israelis and U.S. officials have also dangled the prospect of Morocco joining the normalization band-wagon.  It too has a much-desired bauble it covets.  Since 1975, when it took control of the Western Sahara from Spain, it has waged an ongoing battle against an indigenous group seeking independence.  Morocco’s claim to the region is not recognized internationally (much as Israel’s conquest of the Occupied Territories is not recognized).  Moroccan control is not only a point of national pride, the territory has massive deposits of valuable resources.

Just as the U.S. has recognized Israeli sovereignty over all of Jerusalem and has all but done so regarding Israeli control of the West Bank as well, Morocco covets our recognition of its claim to the Western Sahara.  There is a reason the world has rejected the Moroccan claim.  Spain never ceded the region to Morocco and the people of the territory never agreed to Moroccan authority.  There is also a guerrilla movement seeking independence.

That means nothing to Trump (or Israel).  In fact, he has a soft spot for brutal dictators (Kim Jong Un) and tough-guy states which bully their neighbors (Russia, Saudi Arabia).  He’s willing to overturn decades of consensus for the sake of cobbling together alliances based on greed, corruption and self-interest.  Thus, the U.S. has offered Morocco recognition of its claim in return for normalization.  It’s an offer too good to refuse.  In fact, Morocco has had secret dealings with Israel for many decades and the intelligence agencies of both countries have done “favors” for each other.  Thus normalization isn’t as radical a break as it might be for a country like Sudan.

That being said, the ruling government party and much of the Moroccan street maintains strong allegiance to the Palestinian cause, and strong opposition to improving ties with Israel.  Though Israeli officials and news media have touted an imminent announcement from Moroccan authorities, none has been forthcoming and officials have even labeled the reports as “fake news.”

The foreign policy Trump is pursuing is purely transactional. It is not based on principles or values.  It’s certainly not based on any strategic vision of furthering U.S. long-term interests in the region not only for our sake, but for the betterment of the peoples there.  It is a policy based on short-term interests, ones that shift like desert sands.

As I wrote recently in Middle East Eye, Trump has crafted his Deal of the Century and the Abraham Accords not so much to advance Israel’s interests, as to advance his own election prospects.  He believes that by making Israel strong and turning its enemies into allies he will earn the support of evangelical Christians looking toward their own redemption, and an Armageddon leading to the Second Coming.

Despite the much ballyhooed achievement, the deal isn’t rooted in shared values and whatever benefits it offers now will, I predict, be short-lived.
Source : Informationclearinghouse
Share It :
Related Stories 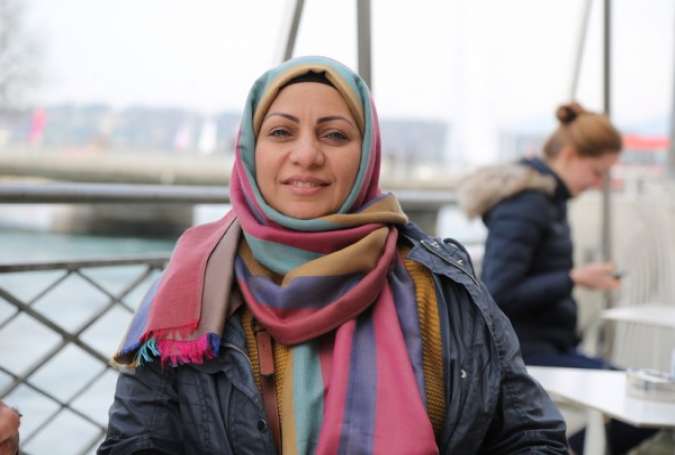