By Daniel Patrick Welch
Story Code : 893696
Islam Times - This whole debate fiasco is just depressing. Every time I'm asked 'did you see the debate' you know, 'what do you think of the debate,' it makes me think of the old George Orwell thing where porn could only be vetted by hardcore party members who could be trusted to read questionable material without being corrupted.
Or the Monty Python sketch where they wanted the funniest joke in the world translated into German, and they would let loose and destroy the German soldiers. But they had to translate it one word at a time so that the translators wouldn't get sick, and one translator translated a whole phrase and wound up spending several weeks in the hospital.

So, yes, it was a little smoother but you have the same old, you have Trump's spouting blustery nonsense and Biden responding with slightly better behaved nonsense. And then you have the fact that facts don't matter as much as the bluster--and that goes for both parties.

The fact is that Trump is right when he said that kids in cages started under Obama, and he's right when he said that Biden and the Democrats do have a long sordid history of complicity in white supremacy. This is a two-horse wagon. They both pull their weight in the scheme that is American so-called democracy, and they are in sync on all the questions that matter. Look at the stuff about the foreign policy where Biden attacks again from the right. Democrats have a long history of attacking their Republican opponents from the right, and 'he's dealing with a thug,' and how he would never do such a thing.

And then this whole Oz style showmanship: Pay no attention to that agenda behind the curtain! It's meant to distract from the death throes of a spent Empire.  And now the lies have to grow even more outrageous all the time to keep this in check--I mean, they are insane.

Iran is now colluding with Russia and China and they're interfering in our splendid sacrosanct democracy. Is there such a thing? The Carter Center said they couldn't even certify a vote in the US. Interfering in our democracy? What a crock of shit.

I mean, Iran of all places, right? I don't know if it's funny or insulting or which in greater degree. These people whose country was destroyed, whose democracy was overthrown when Mosadegh was taken down by the CIA.

And then ushered in 25 years of SAVAK and the Shah, of these death squads, then why pick them? You have no evidence, why don't you pick anybody else?

It seems like they're gonna take an alphabetical list of all the countries that the US has interfered with, but they'd have to go like they're doing with hurricanes now. They'd have to go into the Greek alphabet. We'd be way beyond epsilon because you have Abkhazia to Zanzibar and everything in between.

They call themselves part of a resistance and they're looking for proof or leaks from the FBI? What is wrong with these people?

The FBI literally murdered the only-- one of the only--chances this country has had for revolutionary change.

They slaughtered the Black resistance in their beds literally, Fred Hampton through a closed door; 45 bullets. Come on! They were implicated in the murder of Martin Luther King through Taylor Branch's book. These are settled issues.

It is a shame, and a horrific thing that they have done in this world and to use this WWE cage match to show off this wonderful democracy, I think is pretty fitting. Right? This is like mixed martial arts. It's just crap. And it's touted as some debate--which it's not; between opposing-'which they're not; candidates, which they're not-- they're basically robots filled with money from various factions of the ruling class.

And to have them go at it and really duke it out, is just a waste of airtime, a waste of television, and frankly a waste of our time.

So we can take a sip, watch from a distance, pass the popcorn and just see the Empire circle the drain.
Share It :
Related Stories 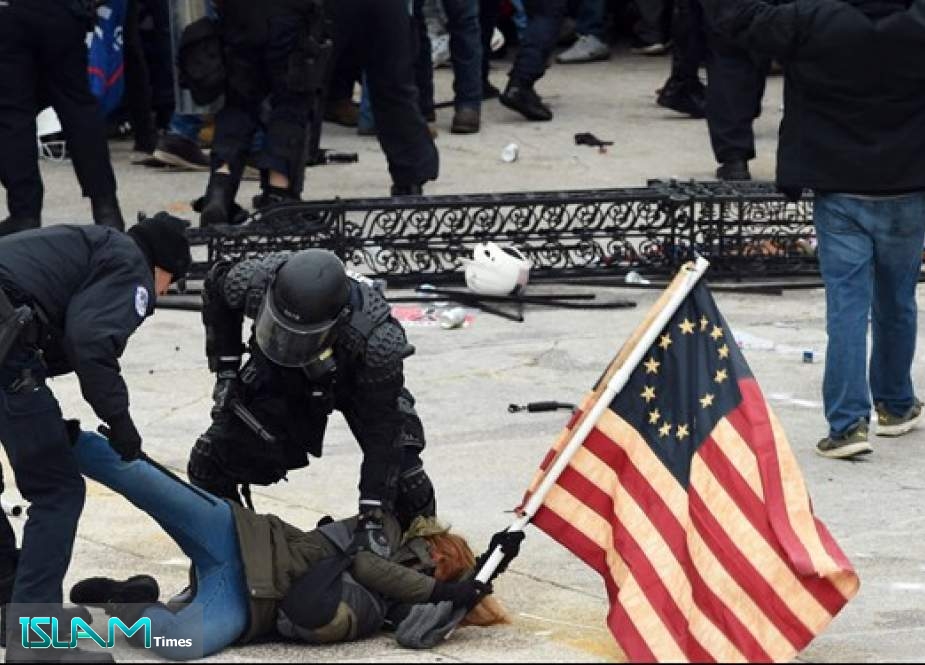 Mikdad: Turkish Occupation is the Biggest Danger in Northern Syria

Iran: Any Flying Object Can Be Tracked, Downed By Homegrown Radars

US Nuclear Missile Sub Makes Rare Visit to Base Near Taiwan