Bahrain Crackdown: Death of Prisoner A Warning for Covid-19 Failings in Jaw Prison

By Amnesty International
Story Code : 938266
Islam Times - The death of an inmate at Bahrain’s Jaw prison following a second Covid-19 outbreak highlights that in addition to providing vaccines to prisoners, further preventive measures are needed to protect them against the spread of the pandemic, Amnesty International said on Monday. The organization is calling for an impartial investigation into the circumstances that led to the death of Husain Barakat, who was imprisoned after a grossly unfair trial, and died on 9 June from suspected Covid-19 complications.
Despite an earlier outbreak of Covid-19 at the prison in March and April 2021, family members told Amnesty International in early June that the prison administration had still failed to distribute face masks or hand sanitizer to protect prisoners and that prisoners were prevented from calling them, sometimes for up to weeks at a time. Overcrowding in Bahrain’s prisons is a long-standing concern which makes social distancing impossible.

“Bahrain’s authorities must immediately launch an effective, independent and impartial investigation into the circumstances of Husain Barakat’s death, including to determine whether he received timely and appropriate medical treatment,” said Lynn Maalouf, Deputy Director for the Middle East and North Africa at Amnesty International.

“Despite the availability of vaccination to prisoners in Bahrain, many have not accepted it due to distrust of the prison authorities and lack of information about the type of vaccine offered. It has never been more important to protect prisoners’ right to health and address overcrowding. The Bahraini authorities’ continued failure to provide prisoners with face masks or hand sanitizer to protect against Covid-19 is unacceptable.”

Husain Barakat was serving a life sentence after his 15 May 2018 conviction on terrorism-related charges along with 114 other defendants after a grossly unfair trial known as the “Dhu al-Fiqar Bridgades” case. Bahrain’s definition of terrorism is overly broad, does not require an element of violence, and has at times been applied to non-violent acts of political opposition.

Husain Barakat’s wife told Amnesty International that there were 15 other prisoners in his cell, which had only 10 beds, forcing some of them to sleep on the floor. Despite receiving both doses of a Chinese-made vaccine, he tested positive for Covid-19 in May. Bahrain has generally been relying on Chinese vaccines in its vaccination drive, though concerns about efficacy levels have led the government to begin offering additional vaccination phases.

She told Amnesty International she was only allowed two calls with her husband during the period of his illness, which lasted from late May until his death.

In late May Husain Barakat told his wife in a video call that he could not breathe properly. He told her he had complained repeatedly to the guards that he was sick but they had not transferred him to a hospital. “He told me: ‘I’m tired, I can’t even breathe, I can’t stand up. I’m dying’,” she said.

She told Amnesty International she was only allowed two calls with her husband during the period of his illness, which lasted from late May until his death. She said that he was not transferred out of Jaw prison until after he was too weak to walk.

The Ministry of Interior, in a published statement, said that :“The deceased was in regular contact with his family throughout his illness.”

His wife said that the officials who called her to tell her about her husband’s illness had said he was in a stable condition, but that in a subsequent call when she managed to speak to a nurse, the nurse said he had been placed on oxygen to help with his breathing.

The Ombudsman office attached to Bahrain’s Ministry of Interior confirmed Husain Barakat’s death to Amnesty International on 10 June and stated that he had received adequate medical care at all stages.

A Bahraini human rights activist who is in close contact with prisoners and their families, told Amnesty International that prison guards at Jaw have accused prisoners of faking their sickness. She also said that prisoners had only been given masks when a government film crew was touring the prison. After the film crew left, masks were taken back from the prisoners.

Family members have held regular protests in recent months against the conditions of detention at Jaw prison.

“The right to adequate health care is a human right. Bahrain’s authorities must urgently take further steps to ensure that all prisoners receive prompt medical care and are protected from the threat of Covid-19,” said Lynn Maalouf.

“They need to also take the long-overdue step of releasing everyone who has been imprisoned for exercising their right to peacefully protest and criticize the government and to address overcrowding.”

SALAM for Democracy and Human Rights, a Bahraini human rights group, told Amnesty International that they had confirmed that 140 prisoners at Jaw have tested positive for Covid-19 since the second wave of infections began in May. These are in addition to more than 70 cases at the prison previously highlighted in April 2021, by prisoners’ families and Bahraini human rights organizations as well as Amnesty International.

The wife of Fadhel Abbas “al-Jazeeri,” who was held in the same building as Husain Barakat at Jaw, until they both tested positive for Covid-19, said Barakat’s death had worried families: “We’re scared for the prisoners and hope they can be released as quickly as possible and they do not come out as corpses carried in coffins.” Fadhel Abbas has since recovered.
Share It :
Related Stories 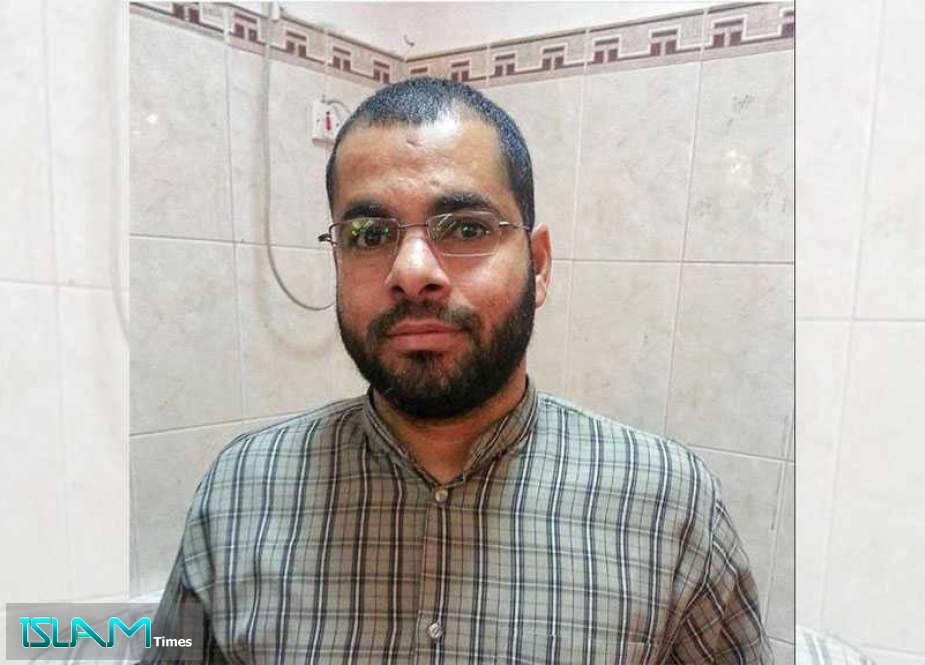