US Threatens Iran: ‘All Options’ is Code for War Crimes

By Kevin Barrett
Story Code : 964849
Islam Times - US Defense Secretary Lloyd Austin recently issued yet another “all options” threat to Iran. If Iran doesn’t do what the US wants, Austin said, “then we will look at all options necessary to keep the United States secure.”
Taken literally, Austin’s threat is nonsense. Iran is thousands of miles away from threatening US security. Iran doesn’t send fleets of warships to threaten the US Atlantic and Pacific Coasts. It doesn’t send nuclear-armed submarines into the Gulf of Mexico, the Mississippi and Hudson Rivers, Puget Sound, San Francisco Bay, and the Great Lakes. It doesn’t put its military bases, armed to the teeth with enough weapons to destroy human civilization, just across the US border in Canada and Mexico.

It is the US that threatens Iran by sending its nuclear-armed armada into the Persian Gulf, and by stationing heavily-armed forces at dozens of military bases close to Iran’s borders. Anyone who glances at a map of US military bases surrounding Iran, even following the humiliating American retreat from Afghanistan, can see that it is the US that is threatening Iran’s security, not the other way around.

What Austin really meant is that the US will consider “all options” for threatening Iran’s security if Iran fails to obey US orders. What options might he be referring to?

The only way to answer that question is to consider what the US has done to other nations that refused to obey its orders: It has perpetrated a long list of war crimes, including aggression (the supreme war crime), mass murder of civilians, and even genocide.

In fact, the US has repeatedly used the genocide “option”. The Native American nations that resisted US expansion were obliterated, and in many cases, most of their people, including women and children, were mass murdered. The 1890 Wounded Knee massacre is one of the best-known examples.

Today, the US is the main sponsor of the Zionist genocide of Palestine. It is in fact Iran’s efforts to resist that genocide that have put it in the US crosshairs.

Since the US became a trans-oceanic imperial power it has mass murdered civilians all over the world. According to a 2008 study published in British Medical Journal (BMJ), more than three million Vietnamese died in the 1955-1975 American-sponsored onslaught on their nation. And it wasn’t just bombs from on high. Untold numbers of civilians were murdered up close and personal, including tens of thousands tortured to death by Operation Phoenix and associated US-run death squads.

Indeed, American death squads, whose modus operandi is to torture civilians to death while extracting names of other civilians, who are then tortured to death while being forced to name other civilians, ad nauseam, have operated in many countries throughout Latin America and Asia. In Indonesia, more than a million civilians were tortured to death by US-organized death squads in 1965. Those death squads were told who to target thanks to the information provided by people like future president Barack Obama’s CIA-employed “anthropologist” mother, Stanley Ann Dunham.

Another American “option” is to burn whole cities full of civilians using incendiaries or nuclear bombs. Numerous German and Japanese cities, and millions of their innocent civilian inhabitants, were burned to death in US bombing holocausts during World War II. Then during the Korean War, US bombs obliterated every North Korean city, town, and village, forcing survivors to live in caves. Vietnamese cities were similarly decimated, while rural people and forests were annihilated with napalm and Agent Orange. More recently, a hybrid version of this “destroy whole cities and murder their civilian population” strategy was unleashed against Fallujah, the “City of Mosques,” during Bush Jr.’s criminal US invasion of Iraq.

But US “options” aren’t limited to nuclear weapons, chemical weapons, city-burning incendiaries, and death squads. Nicholson Baker’s book Baseless: My Search for Secrets in the Ruins of the Freedom of Information Act offers evidence that the US has covertly attacked a long list of countries with biological weapons, targeting crops, livestock, economies, and people. Korea, China, Cuba, Russia, and several Eastern European countries have been victims of US biological warfare.

The US itself has repeatedly suffered blowback from its biowar aggression. America once lost much of its wheat crop to wheat rust released in biowar tests. It later accidentally unleashed the Lyme spirochete, which was created by confessed biowar-accident mass killer Willy Burgdorfer, as documented in Kim Newby’s Bitten.

Africa, too, has been in the American biowar crosshairs. American-allied mercenaries sowed anthrax all over Zimbabwe during that country’s war of liberation, and that anthrax is still killing people today. Some knowledgeable observers even suspect that AIDS and Ebola are US bioweapons that emerged from the string of biowar labs the US maintains on that continent.

The US biological warfare “option” may have been exercised against China and Iran in the autumn of 2019, with its blowback eliciting the subsequent COVID-19 pandemic. Robert Kadlec, a rabid neocon proponent of anti-economy biological warfare, was promoted to head all US biological warfare programs under President Donald Trump, and a number of suspicious circumstances—including apparent biowar attacks that decimated China’s chicken and pork industries in 2018 and 2019, and the Defense Intelligence Agency’s November 2019 foreknowledge that a pandemic was brewing in Wuhan—suggest that Kadlec did precisely what his history suggests he would do. (The argument that a bio-attack by US neocons launched the COVID-19 pandemic is developed in Ron Unz’s e-book Our COVID-19 Catastrophe, available free online at https://www.unz.com/ebook/covid-catastrophe-ebook/.)

Setting aside as-yet-unproven cases like the COVID pandemic, the US has murdered roughly 60 million people in military and CIA actions since World War II, according to Noam Chomsky and Andre Vltchek’s On Western Terrorism. That wave of global terror was termed “the American Holocaust” by the late international relations scholar William Blum.

The above list of known and suspected US war crimes is very far from being comprehensive. A complete account would fill volumes.

So when the US Secretary of Defense says “all options” will be considered against Iran, those options obviously include atrocities and war crimes similar to those the US has repeatedly committed in the past.

Such threats are unacceptable. Lloyd Austin and the rest of the US Deep State leadership should be hauled to The Hague and prosecuted for war crimes and crimes against humanity.
Source : PR
Share It :
Related Stories 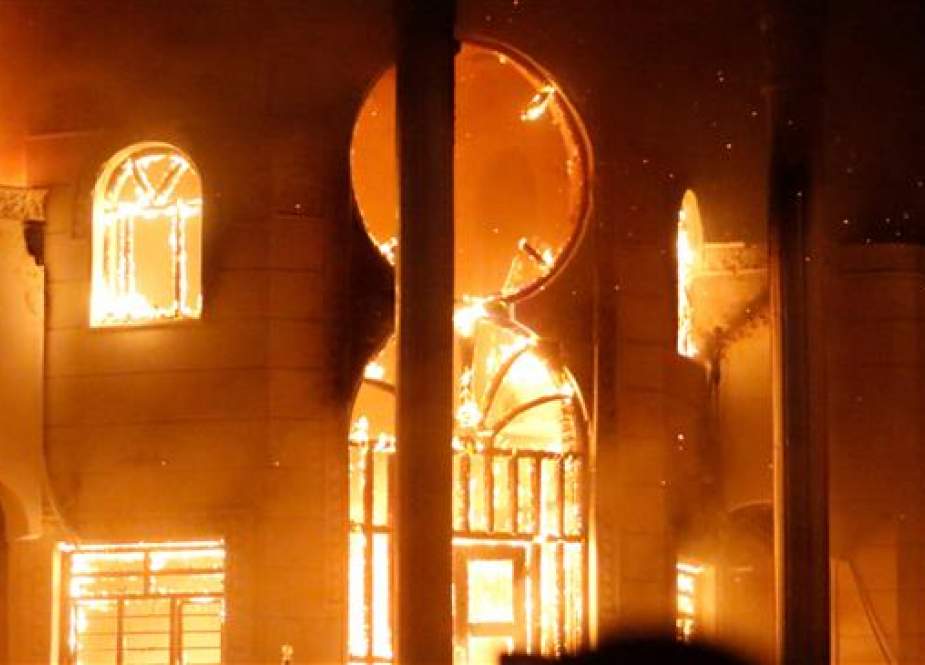