US treatment of Iranian volleyball team grotesque and immoral: Analyst

Story Code : 804749
Islam Times - The United States treatment of the Iranian volleyball team at the airport in Chicago is a grotesque and immoral action, an American writer and political analyst says.
Daniel Patrick Welch, a political commentator in Boston, Massachusetts, made the remarks.

On Monday, Iran denounced the US for mistreating its national men’s volleyball team, which had traveled to Chicago for the Final Six of the 2019 FIVB Volleyball Nations League, calling on Washington to issue an apology for its misbehavior, Iran’s IRNA news agency reported.

The team was delayed for four hours upon arrival at Chicago’s O’Hare Airport on Saturday, while the Iranian volleyballers were detained and interrogated by US Customs and Border Protection (CBP) agents.

Mohsen Baharvand, the Iranian Foreign Ministry official for US affairs, filed a complaint through the Swiss ambassador to Tehran, whose country represents American interests in the Islamic Republic.

Welch said, “This latest spectacle where the Iranian [volleyball] team was held for hours at the airport in Chicago is just the latest in this kind of a petty game the United States plays, like denying visa entry to politicians and foreign diplomats going to the UN in New York--these completely illegal and immoral actions aimed to politicize every aspect of the interaction between foreigners and the US."

“The thing is, it is so offensive to Iranians because Persian culture is so centered on hospitality, especially inviting strangers. Americans who visit rave about this pretty much uniformly—and of Middle Eastern culture in general and a lot of different cultures," he added.

“And people also say this about Americans—individually—that they are very welcoming, and they are very hospitable and they want to get to know you. And while it may be true on an individual level, this kind of xenophobia and white supremacy are state doctrine, really. I mean this really is the part of the founding mythology of the country. It filters down and it filters up as well from a kind of base instinct, the darker angels of our nature so to speak, this fear of the ‘other,’” he stated.

"And from the top, through state doctrine and the propagandizing of history teaching and how the idea is taught. Quite honestly, it has to be said that despite the myth surrounding its own propaganda and what it teaches to its own citizens—and what it projects around the world—It’s not a welcoming place. And it was never meant to be. When the Puritans talked about a ‘Shining City on a Hill,’ they didn’t want people to come and join them. It was a thing to be imitated or die in the fires of hell. That’s what it meant," the analyst noted.

"Americans can be understandably let off the hook in some respects because US history is mythology, actually. The national narrative that is taught in schools is about these freedom loving people who came in, even though it was really founded on the genocide of the original inhabitants and the enslavement of Africans, who built the country," he said.

"The actual independence, which we just celebrated [July 4th] was partly—maybe not primarily, but partly—a response to the American ruling class realizing that they were going to lose the debate on slavery. Abolished in the British empire in the 1780’s and then existed for another 75 years in the United States," he noted.

"And their founding documents, saying ‘we believe that all men are created equal’ while clearing enshrining in their constitution the concept of slavery, is a national hypocrisy that can’t be recovered from," he said.

"As far as immigration itself: well this has always been what the US is about. The Border Patrol was founded in the 1920's as an objectively racist and white supremacist gateway, along with all the quotas on Asians, Africans (though these weren’t really allowed at all) Eastern and Southern Europeans. To keep the influx of people mostly white protestants from Europe. That was what they wanted, and that still is what [informs] what they do," he said.

'America is not a democracy—it’s an oligarchy'

"Now Americans can be excused for the fact that we don’t really live in a democracy—it’s an oligarchy. Information is controlled, and people are kept working, working 60 hours a week at crap jobs just to make ends meet. So they don’t have any time to worry about this. And we also have zero input into the policies that shape our lives," he said.

"But I think that foreigners in general give Americans a bit too much of a free pass. I’ve seen it travelling in Central America, in Europe, in Africa. All over the world, really, where local populations are very generous in distinguishing between the people and the government: ‘We love the US people; it’s the government.’ ‘US people are not represented by their government,’" he added.

"Well, fine. But you know, Americans have to take stock. There is no excuse for the ignorance of what the government does in our name, with taxes that we pay, under a mythology that we accept. There is ample access to all this information, of all racism and imperialism—the victims of US policies at home and abroad—for Americans to wake up," Welch said.

"Part of the problem is that Americans don’t travel. Something like 3-5% of Americans travel abroad. Americans go to Disneyland. If they have a few thousand dollars to drop, they take the family to Disneyland, or to the Grand Canyon, or something like that, and not to other countries. So the exposure is self-limiting. It’s a very closed society," he observed. 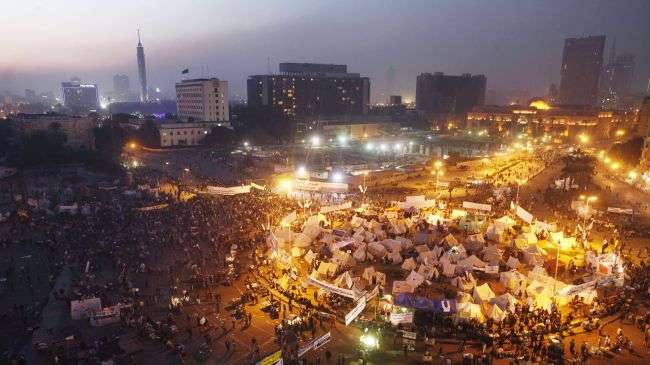 Egypt military playing along with Morsi, Muslim Brotherhoood: Analyst
Islam Times - An analyst says since Egypt’s military officials benefit from carefully designed incentives embedded in the country’s controversial ...
Obama supporters mobilize for him and prepare to be betrayed: Analyst
Russia should send US a message via more seriousness on Syria: Analyst
Israel’s sole right in the region is to pack up and leave, analyst says
Russian president calls US bluff on fighting Daesh terrorists: Analyst
Israel might resort to false flag ops in US to implicate Iran: Analyst
Lebanese parties must react wisely to security chief murder: Analyst
US seeks an excuse to step up military campaign against Syria: Analyst
Comment
German FM Criticized US President for His ‘Maximum Pressure’ Policy against Iran
Syrian Gunmen on Board a Plane Bound for Libya

Dozens Killed by Avalanches and Landslides in Kashmir
Human Trafficking Reaches Record High in Finland
US Claims it has Right to Attack Iran is not ‘Restoration of Deterrence,’ it's Return to the Wild West
Iraq Captures Morbidly Obese Daesh Preacher 'Jabba the Jihadi' in Mosul, Netizens in Hysterics
NGOs Boycott Pre-G20 Meetings in Saudi Arabia over Rights Violations
Yemenis Children Displaced, Scared after Years of Saudi Aggression