Story Code : 137125
Islam Times - Hamas leader Ismail Haniyeh has reiterated that the Palestinians will never recognize Israel for Tel Aviv's occupation of the Palestinian territories.
During a Saturday speech in the Iranian capital, Tehran, he also announced that Palestinians would continue their resistance until the liberation of Palestine.

"As the representative of the Palestinian people and in the name of all the world's freedom seekers, I am announcing from Azadi Square in Tehran that we will never recognize Israel," he said.

"The resistance will continue until all Palestinian land, including al-Quds (Jerusalem), has been liberated and all the refugees have returned," Haniyeh added.

Haniyeh arrived in Tehran for an official three-day visit on Friday. This is his second official visit since Hamas took charge of the Gaza Strip through public elections in 2007.

The Hamas leader made the speech on the occasion of the 33rd anniversary of the 1979 Islamic Revolution.

Meanwhile, Israeli Foreign Minister Avigdor Lieberman on Thursday said that Tel Aviv would not accept a Palestinian government after Palestinian factions of Hamas and Fatah agreed to form a unity government.

Lieberman said an accord between Fatah and Hamas "does not contribute to the advancement of peace negotiations or the well being of the Palestinian people."

The last round of direct talks between Israel and the Palestinian Authority were stalled after Tel Aviv refused to extend a partial freeze on its illegal settlement construction in the occupied Palestinian territories.
Share It :
Related Stories 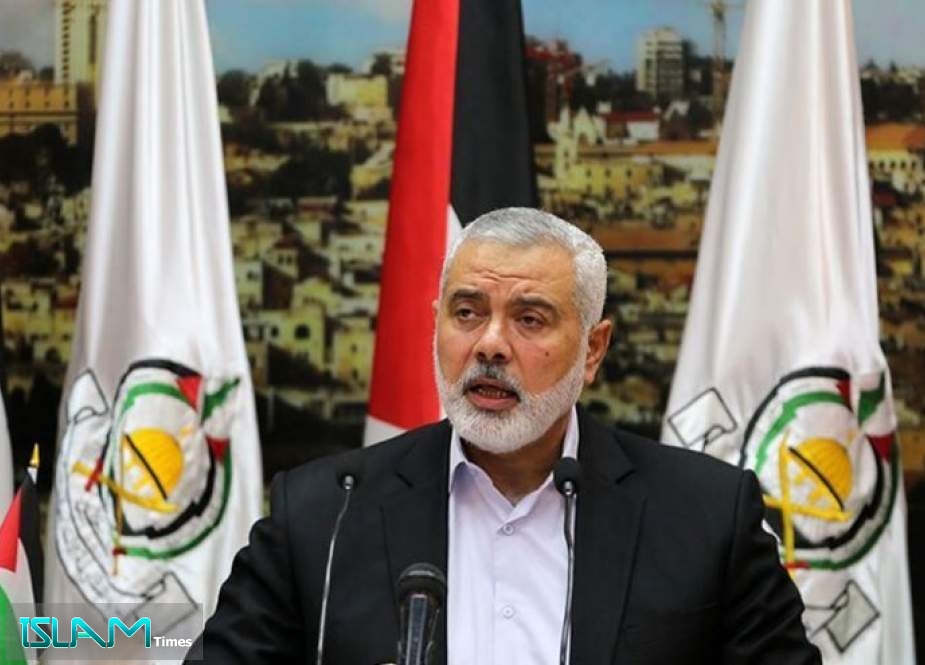