Story Code : 19690
The Israeli police officers who put Tristan Anderson of Oakland, California into a comma because of his opposition to the erection of an Israeli barrier have been exonerated of all charges.
Israel said that there was no ‘criminal intent’ in the attack. This incident occurred in March of 2009 during a protest. The victim was shot in the head with a high-velocity tear gas canister. He has woken up from the month-long comma with severe brain damage.

After the crime took place the Israeli authorities clearly stated that the culprits would be held responsible. But, instead, they waited for 10 months, and when the time was right they exonerated them – patting them on the back for a job well-done.

Tristan Anderson’s family is filing a law suit. Their lawyer, Michael Sfard, has stated: “International law identifies the incident as a clear case of human rights abuse. We will pursue this matter and take the government of Israel to court.”

This is just one of the many cases of human rights violations that the Israeli government is being charged with. 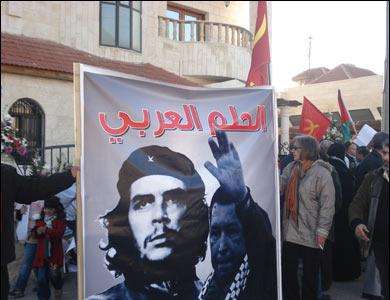 Chavez accuses Israel of genocide against Palestinians
Venezuelan President Hugo Chavez has accused Israel of genocide against the Palestinian people, telling a French newspaper that the bombing of Gaza late last year was an unprovoked attack....
The American Settlement Show
The US and the Israeli settlements
Freegaza: two organisers releasaed, the majority still captive
The Drama and the Farce (Obama 0 - Netanyahu 1)
Why Not Crippling Sanctions for Israel and the US?
Netanyahu Sets Conditions for "Peace"; Palestinians: He Torpedoed Peace Chances
Obama Aide Puts Israel’s Nukes in the Diplomatic Mix
Comment
Maduro at UN Assembly: US Must End All Sanctions on Venezuela
Resistance Front Takes Revenge from US, Israeli Army for Assassination of General Soleimani
Philippine President Chides Interference in ‘Drug War’, Calls for UN Reform
All Saudi-Backed Forces in Marib's Al-Abdiya Surrender
US Not Honest in Nuclear Talks: Iran FM
16 Million Yemenis Marching toward Starvation
Syria Urges Turkey to Immediately Withdraw from Its Territory
Armored Vehicles, National Guard Appear on Texas Border
Libya’s Haftar Says Suspends Military Role, Ahead of Polls
Hezbollah Is A Greater Threat to the US than Ever Before!
Syrian Tribes Oppose Presence of Foreign Troops, Vow to Counter Separatist Plots
US Left Many of Its Citizens, Afghan Allies in Afghanistan
Sheikh Zakzaky Meets Families of Martyrs, Survivors of Zaria Massacre
Syria Repairs Gas Pipeline, Restores Power After ‘Daesh Terrorist Attack’ Plunged Damascus into Darkness
Sorry Cover-Up for US Mass Murder
Iranian Fuel Delivery to Lebanon Disrupts US Hegemony in Western Asia
Military Normalization into Effect: Morocco Partners With ‘Israeli’ Entity to Develop “Kamikaze Drones” Industry
Netanyahu Mocks Biden’s Nap During Talks Zionist PM
Pompeo Slams Biden Admin for ‘Failed’ Kabul Strike, Says Military Was Under 'Enormous' Political Pressure
US Conducts Airstrike in Syria
Featured Stories