Story Code : 37823
Islam Times - Hamas officials in the West Bank accused PA security forces of detaining an elected official from his home north of Tulkarem on Tuesday...
Islam Times: A statement from the party said Abdel Rahman Zeidan, a member of the Palestinian Legislative Council, elected with Hamas' Change and Reform bloc in 2006, was taken from his Deir Al-Ghosoun village home, along with his computer and several files of personal papers.

The official was released hours later, at 2:30 a.m, he told "Islam Times". He added that police threatened him during questioning, and told him not to make further statements against the PA, adding that both his laptop and mobile phone were not returned to him.

According to the document, Zeidan was roughhoused by security officials, and taken in for questioning because of statements he released on behalf of the party one week earlier.

Zeidan had accused the PA of colluding with Israel in the assassination of a Hamas member in Tulkarem, who was shot three times in his bedroom in the neck and chest.
© Islam Times
Share It :
Related Stories 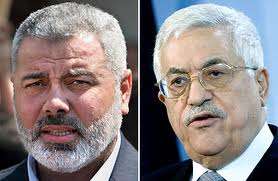