If we want Assad down, we won't get far: French FM

Story Code : 486898
Islam Times - French Foreign Minister Laurent Fabius says a diplomatic resolution to Syria’s crisis is impossible without Syrian President Bashar al-Assad.
“If we require, even before negotiations start, that Assad step down, we won't get far,” Fabius was quoted as saying in a preview of the French daily Le Figaro’s Tuesday edition.

He added that the formation of a national unity government with elements of Assad’s administration is required in order to reach a diplomatic resolution in the country that has been gripped by deadly Takfiri-fueled violence since 2011.

Paris initially cut diplomatic relations with Damascus in 2012 following intensified tensions in the war-torn Arab country, but several French delegations have engaged in talks with Damascus since 2014.

In February 2015, Assad met with a delegation of French parliamentarians in the capital Damascus. The delegation was headed by French Senator Jean-Pierre Vial, the chairman of the Syrian-French Friendship Committee.

The foreign-sponsored conflict in Syria has reportedly claimed about 250,000 lives up until now.

The United Nations says the militancy has displaced more than 7.6 million Syrians internally, and compelled over four million others have fled the country to take refuge in neighboring states, including Jordan and Lebanon.
Share It :
Related Stories 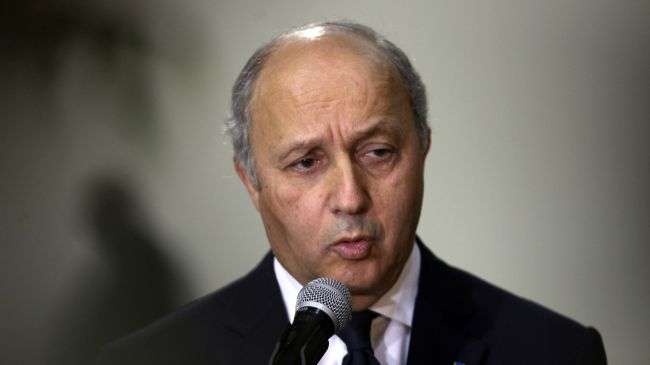