Tunisia 'at war' after 53 killed in Takfiri attack

Story Code : 526204
Islam Times - Tunisia’s president says his country is at war after "unprecedented" attacks by Takfiri militants and ensuing clashes leave at least 53 people dead near the Libyan border.
“This is an unprecedented attack, planned and organized. Its goal was probably to take control of this area and to announce a new emirate,” President Beji Caid Essebsi said of the Monday raid.

Prime Minister Hassid Essid said the attack was an attempt by Daesh militants to carve out a stronghold on the border.

Gunmen attacked the city of Ben Guerdane at dawn Monday, triggering fierce fighting with the Tunisian army which continued past nightfall.

Corpses lay in the street and gunmen hid in homes as darkness fell, gunfire sporadically ringing out, according to residents.

The clashes prompted Tunisian interior and defense ministers to travel to the town to oversee the operation. Officials said 35 attackers, seven civilians and 11 members of security forces were killed.

Authorities sealed off the nearby beach resort town of Djerba, a popular destination for tourists, and imposed a night curfew in the town. They also closed two border crossings with Libya.

Tunisian forces have repeatedly clashed with Takfiri militant on the borders of Libya and Algeria in recent years, but Monday's fighting was unusually bloody.

The relative calm in Tunisia has been punctured by growing instability in Libya which has plunged into chaos since former dictator Muammar Gaddadi was ousted in 2011 after a NATO military intervention.

France, a key player in the NATO intervention, condemned Monday's attack and identified the gunmen as "terrorists coming from Libyan territory."

"They are at war against this barbarism, against these rats, that we will eradicate with God’s will,” he said.

No group has so far claimed responsibility for the attack but two Daesh-affiliated websites said the terrorist group’s militants were engaged in the fighting.

In November, a bomb attack by Daesh on a bus carrying presidential guards left 12 people dead and 16 others injured in the capital city of Tunis.

In June 2015, a man armed with a rifle killed 38 people, mostly foreign tourists, on a beach in the Tunisian resort town of Sousse.

The attack came more than a month after two militants stormed the Bardo Museum in the capital and shot dead 21 people and injured 44 others, mainly foreign tourists. 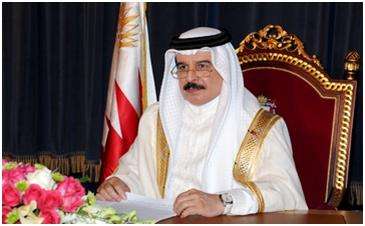 A Diplomat warns Bahrain King
Islam Times - A Lebanese-based newspaper, Diyar, recently warned Bahrain King Hamad bin Isa Al Khalifa that unless he was to change his attitude toward his people he could very well suffer the same fate as the Shah of Iran. ...
U.S. At War
Why Are We At War in Yemen?
US has been at war throughout most of its history
The USA is now at war, de-facto and de-jure, with BOTH Iraq and Iran
Is the U.S. Now at War With the Shabab? Not Exactly
Pentagon And CIA at War in Syria
Tunisia’s President Says He Will Not ‘Turn into A Dictator’ After MPs’ Arrest
Comment
Hezbollah Calls for Restoring Security in Beirut after Mayhem
Haniyeh Re-elected as Chief of Palestinian Resistance Movement Hamas for 4 More Years
Iran's Nuclear Achievements Are Unique: AEOI Head
What Was Ayatollah Khamenei's Warning about Negotiations with the US?