Iran to Stand by Iraqi Nation under Any Circumstances: Foreign Minister

Story Code : 562028
Islam Times - Iranian Foreign Minister Mohammad Javad Zarif said Iraq is spearheading anti-terrorism campaign, emphasizing Tehran will always stand by Baghdad.
“Iraq is at the forefront of campaign against terrorism and extremism, and Iran will stand by the Iraqi government and nation under any circumstances,” Zarif said in a meeting with visiting Iraqi Parliament Speaker Salim al-Jabouri in Tehran on Saturday.

The Iraqi parliament speaker, who arrived in Tehran on Saturday also hailed Iran’s support for the Iraqi nation in its fight against terrorist groups and said terrorism is the most important threat to all countries in the West Asia.

Jabouri emphasized that stability, peace and territorial integrity of regional countries must always stand as priorities for all nations.

Touching on the future of war on terrorism, Top Iranian diplomat declared that the Iraqi government and nation have been successful in the battle against extremism and terrorism so far and expressed confidence that they would successfully see out the final stages of the fight against terrorists in the northern city of Mosul through unity and solidarity among all tribes, ethnicities and faiths in the country.

Mr. Zarif also expressed deep concerns over outsiders’ measures to fuel sectarian strife in the West Asian region, particularly in Iraq, and highlighted the significance of remaining vigilant to foil such plots.

Iranian foreign minister said all regional countries must strengthen their cooperation, adding, “Iran does not seek conflict and unsound rivalry in the region and regards the creation of crisis and tension by some countries as detrimental to the interests of all regional nations.”

Jabouri, who visited neighboring Iran to hold talks with the country’s senior officials on the latest developments in Iraq and West Asia acknowledged that peace can only be restored to Iraq and the entire region through unity, coherence and defeat of terrorists. 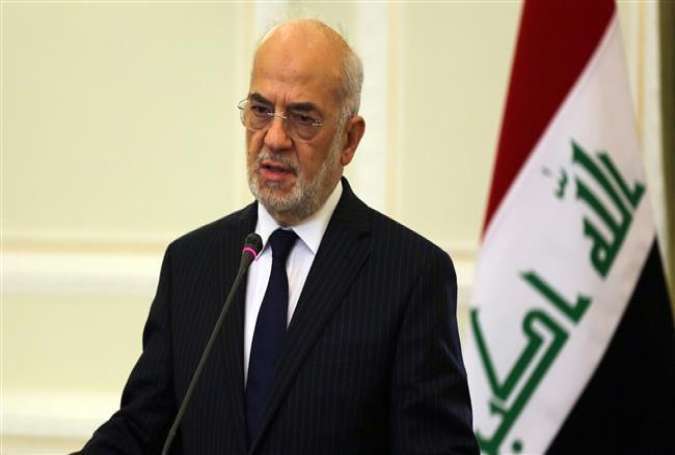