Story Code : 611520
Islam Times - A UK-based monitoring group says at least 110 civilians have been killed by Turkish airstrikes in the Daesh-held Syrian city of al-bab over the past two weeks.
The so-called Syrian Observatory for Human Rights noted that on Monday alone eleven members of one family were killed as their home was destroyed by Turkish airstrikes and shelling aimed at paving the way for advancing Turkey-backed militants.

"There is fierce bombardment from Turkish forces on Daesh positions in al-Bab," added the group.

It added that a large number of civilians are forced to flee their homes every day as Turkish-backed militants make advances in the city.

"I saw destruction -- the artillery and the airplanes shelling. There's destruction everywhere," said one fleeing civilian. "We got out safe and sound, thank God, and the town is now encircled," he added.

Al-Bab is Daesh’s final bastion in the northern Syrian province of Aleppo -- second only in significance to the terrorists group's de facto capital in adjacent Raqqah.

In August 2016, Turkey began a major military intervention in Syria, dubbed "Euphrates Shield," sending tanks and warplanes across the border.

Ankara claimed that its military campaign was aimed at pushing Daesh from Turkey's border with Syria and stopping the advance of Kurdish forces, but Damascus denounced the operation as a breach of its sovereignty.

He added that his forces were able to seize control of a medical complex, a key roundabout, and a school building in the town's west side in operations that began on midnight.

"We've faced some difficulty with Daesh snipers -- there were more than 10 snipers last night that surprised our troops," Abu Jaafar added. "More than 10 of our forces were killed (Monday), and dozens wounded, because of the mines planted by this treacherous organization," he noted.
Share It :
Related Stories 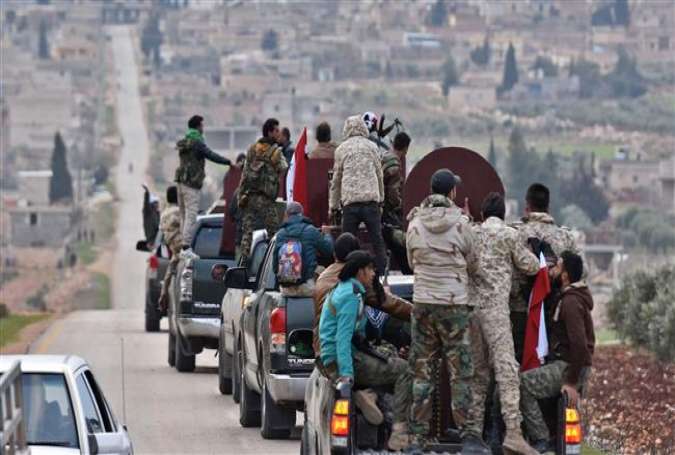