Story Code : 630336
Islam Times - Leader of Yemen's Houthi Ansarullah movement, Abdul-Malik Badreddin al-Houthi, says the United States and the Israeli regime are two sides of the same coin and together they seek to destroy Yemen through a brutal military campaign launched by Saudi Arabia.
Addressing a group of Yemenis in Sa'ada, thorough a video conference, Houthi further said on Sunday that the US, Israel and their allies are trying to impose their values on regional nations, adding that enemies view Yemenis as a worthless tool to sustain their own interests in the region.

"Independent forces in the region from Yemen to Syria, Lebanon and Iraq are considered as rogue from the American perspective, and  sympathy for the oppressed in these countries is viewed as a crime," he said, adding that Washington is trying hard to turn regional players into its own puppets.

The Yemeni leader also noted that collusion in the atrocities committed against the Yemeni people is not an issue in the eyes of the American leaders, but when the oppressed and independent forces cooperate with each other, the US perceives it as a crime.

He called on all Yemenis to stand united against the aggressors and defend their country.

"[When] anyone says Israel is a threat to our nation, the United States and its allies say they are supporters of Iran, and with the help of this false justification, they (Washington and allies) target anyone that does not accept adopting a hostile attitude towards Iran," he added.

"[When] anyone says Israel is a threat to our nation, the United States and its allies say they are supporters of Iran, and with the help of this false justification, they (Washington and allies) target anyone that does not accept adopting a hostile attitude towards Iran," he added.

He also said the only sin committed by Iran, from the perspective of the United States, was that it freed itself from being a puppet country in the 1979 Islamic Revolution.

The Yemeni leader added that Washington considers regional or international threats all those countries that are not its ally, "but the reality is that the US and Israel are themselves the main source of terrorism worldwide."

Elsewhere in his remarks, Houthi said the Yemeni nation, from all walks of life, should boost their awareness of the realities of regional developments and use it as a tool to battle the US propaganda against the Arab country. Ignorance, he said, makes people an easy target for the US and the Zionists.

Houthi also stated that only Yemenis can decide about their future and the internal affairs of their country and that absolutely no other country or organization, even the United Nations and the Arab League, can impose their so-called solutions to the crisis in Yemen.

He described as utterly ridiculous Washington and Riyadh's claim that they want to liberate Yemeni cities from "Yemeni occupation."

"You are Yemenis, who have occupied the capital Sana'a? The US wants to liberate Sana'a from Yemenis?!" he asked.

Houthi reiterated that the Yemeni nation’s resistance against the Riyadh regime’s incessant attacks was deeply rooted in religious orders and was meant to safeguard national sovereignty and freedom.

Saudi Arabia launched its deadly campaign against Yemen in March 2015 to push back the Houthi Ansarullah fighters from Sana’a and to bring back to power Abd Rabbuh Mansur Hadi, Yemen's president who has resigned and is a staunch ally of Riyadh.

The campaign, which lacks any international mandate and has faced increasing criticism, has claimed the lives of more than 12,000 people, most of them civilians.

Certain Arab countries, including the United Arab Emirates, Bahrain and Qatar, are partners to the military aggression.
Share It :
Related Stories 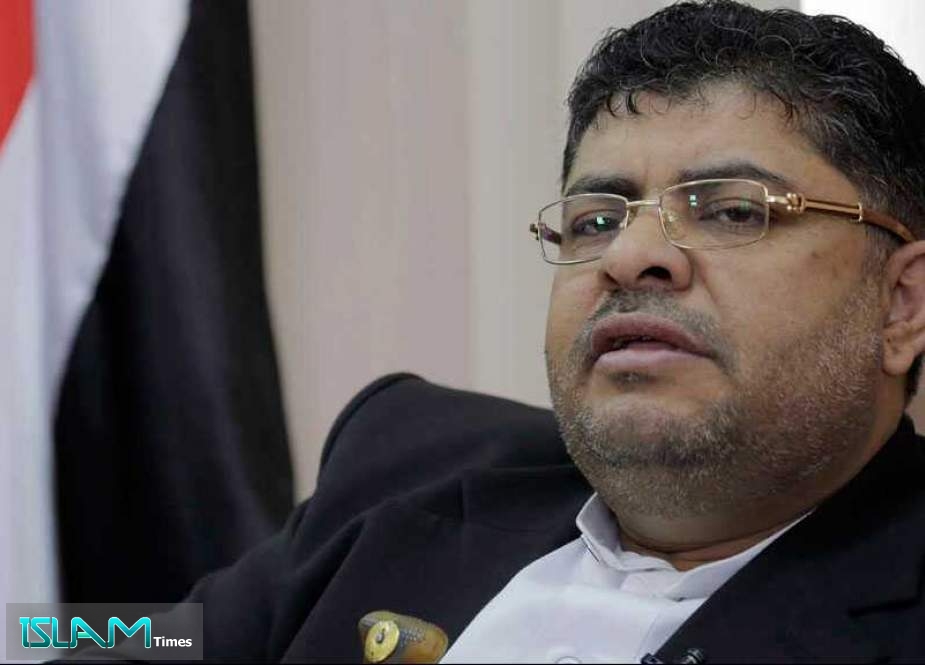